A group of opponents to same sex marriage have launched a new advertising campaign in a bid to preserve the current definition of marriage. 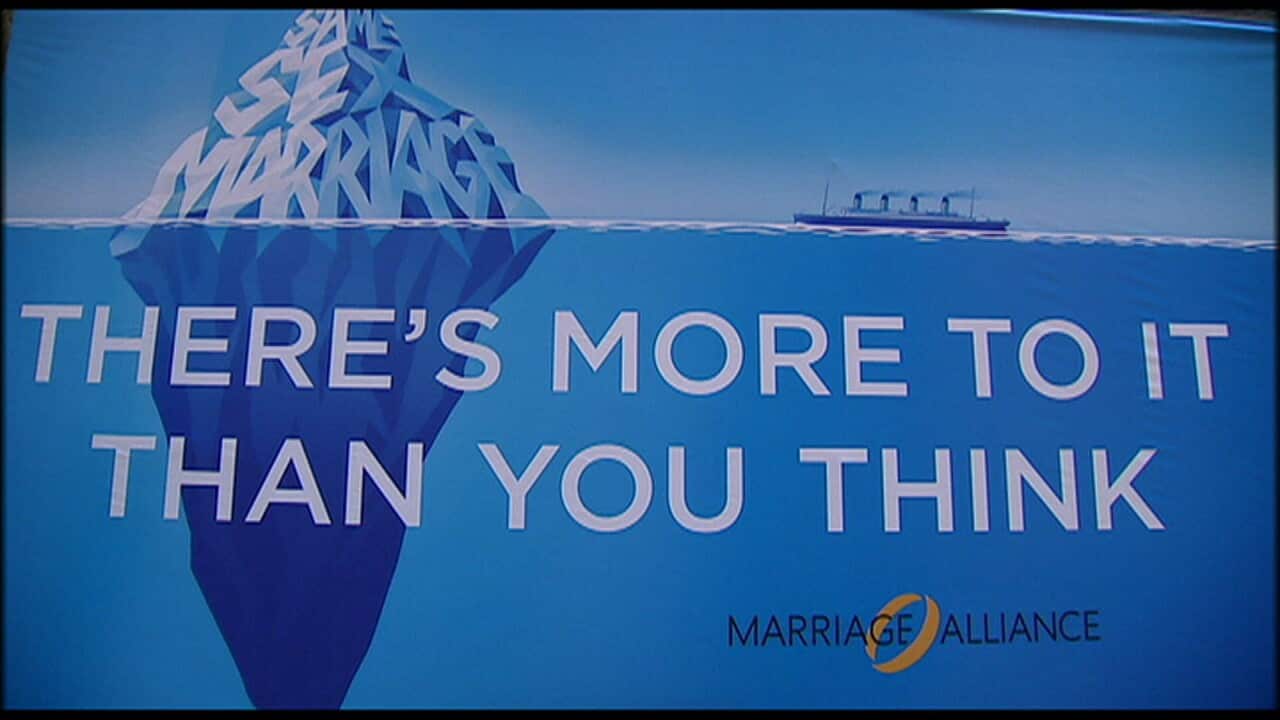 Backed by wealthy businessmen, The Marriage Alliance says it hopes its media campaign will encourage Australians to feel comfortable voicing their concerns about same sex marriage.

The ad was unveiled at a launch today along with the campaign slogan "there's more to it than you think".

The ad starts with a simple drawing that later becomes the tip of an iceberg.

Advertisement
“Trying to achieve something big can feel like climbing a mountain,” it states.

“It's time to step back and consider all the issues around same sex marriage. Like how it will affect children or sex education in schools or what rights you could lose.”

Ivan Hinton-Teoh the deputy director of Australian Marriage Equality which is in favour of same sex marriage described the ad as a last minute scare campaign.

“This kind of desperate, eleventh hour scaremongering has failed to stop the momentum for marriage equality in other countries and it will fail in Australia as well," he said.

“It's asking to have a conversation start where we've been going for ten years."

Spokeswoman for the Marriage Alliance campaign Sophie York said the group wanted to find out what impacts legalising same sex marriage would have.

“We so have to find out what ramifications there will be. What will be the effects, there'll be so little discussion about this,” she said at the launch.

The Alliance says it wants to save Australia from what it calls "a populous wave of ill-conceived cultural redefinition".

They claim legalising same sex marriage could cost people their right to privacy, and their freedom of speech and beliefs.

Monica Doumit said she attended the launch to hear the other side of the debate on same sex marriage.

“I guess we hear a lot from the yes side about how same sex marriage is a good thing and why we should be doing it but I haven't heard a lot from this side,” she told SBS News.

The nationwide media campaign kicks off tomorrow with ads on television, radio, papers and online. And the campaign leaders say those ads will run until they achieve a change in the debate.

In response Australian Marriage Equality
has begun its own TV campaign teasers
.

They've also set up a Go fund me campaign to help get the ad aired.

“The importance is that this ad is seen by as many MPs and senators that are undecided on the issue,” said Mr Hinton-Teoh

A cross-party bill for same sex marriage is expected to be lodged when parliament resumes.