A study of COVID-19 antibodies suggests 71,400 Australians could have had the virus in July, meaning about 60,000 cases were undetected at that time. 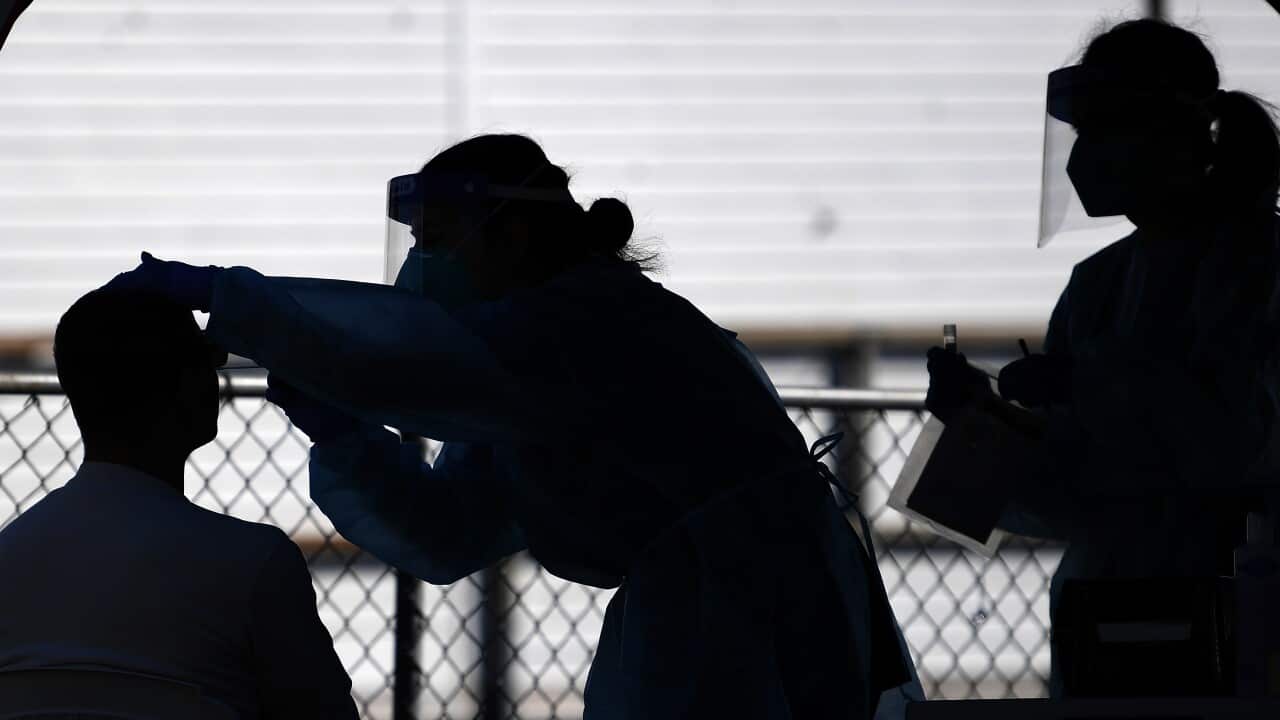 Tens of thousands of coronavirus cases may have gone undetected in Australia. Source: AAP

Australia could have had close to 72,000 coronavirus cases by July, a new study into antibodies suggests.

The research released this week was funded by the Department of Health and conducted by scientists across Australia.

Some 2991 elective surgery patients were screened, with 41 having antibodies to the virus.

Using an Australian population estimate of 25.5 million, the researchers calculated 71,400 people could have had the virus.

The study was conducted over June and July, with the last blood sample taken on July 17 when Australia's coronavirus cases were at about 11,000.

The paper notes reported cases are likely to only represent a fraction of actual infections, as 40 per cent of cases are mild, asymptomatic or undiagnosed.

A healthcare worker conducts a coronavirus test on a patient in Melbourne. Source: AAP

"Overall however, these data suggest that the low case numbers seen in Australia was reflective of low community transmission not inadequate testing," it says.

"This is supported by the fact that the subsequent outbreak in Melbourne in July/August 2020 emerged from breaches of hotel quarantine of overseas travellers rather than undetected community transmission."

The Department of Health's website puts total confirmed coronavirus cases in Australia at 26,738 up until Tuesday.