The Northern Territory will become the first jurisdiction in Australia to offer the COVID-19 vaccine to all residents over the age of 16. 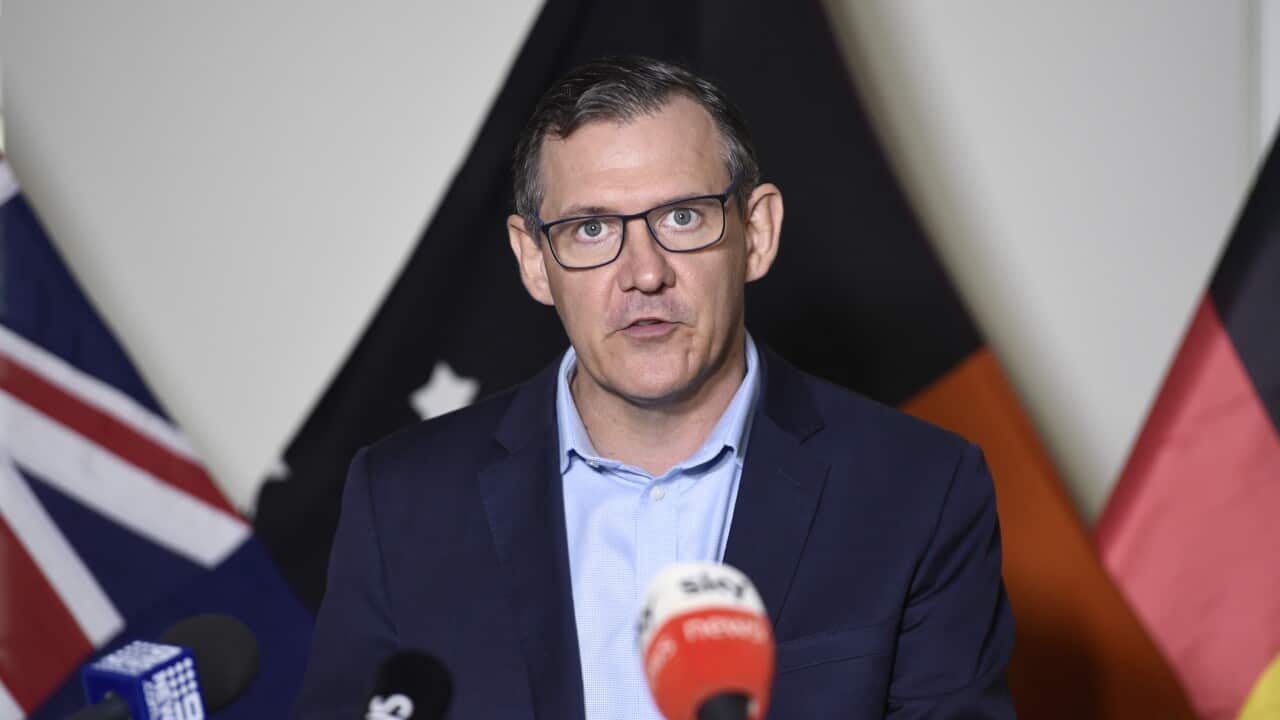 Darwin is going into a 48-hour lockdown commencing on Sunday afternoon. Source: AAP

The Northern Territory is set to be the first jurisdiction in Australia to offer the COVID-19 vaccine to all residents aged 16 years and over.

From Tuesday, Darwin residents who are old enough will be able to get the jab after an agreement was reached at last week's national cabinet meeting.

"This is a sensible approach given our relatively small but highly vulnerable population," Chief Minister Michael Gunner told reporters Monday.

Advertisement
Mr Gunner thanked Prime Minister Scott Morrison, saying he had been assured the NT would receive the supply of vaccine needed to relax the rollout phases.

Darwin will join the rest of the NT, where the vaccine has been available to Territorians 16 and over since mid-May due to the high percentage of vulnerable Indigenous people in the population.

The decision to discard the phases for Alice Springs and other remote communities came ahead of an expected influx of interstate tourists.

Mr Gunner said a high-volume vaccine clinic would be opened in Darwin in the coming weeks to deal with the expected surge in demand.

The NT has a population of about 246,500, which accounts for about one per cent of the Australian population.

About 60 per cent or 147,000 live in the Darwin area, with the remainder dispersed over remote and very remote areas.

The Indigenous population is estimated to be about 74,500, which represents about 30 per cent of the territory's population.

About seven per cent of the NT population has received one dose of the vaccine compared to 2.8 per cent nationally.