Australia will spend $25 million this year as part of a major international effort to get electricity to some of the most remote parts of Papua New Guinea. 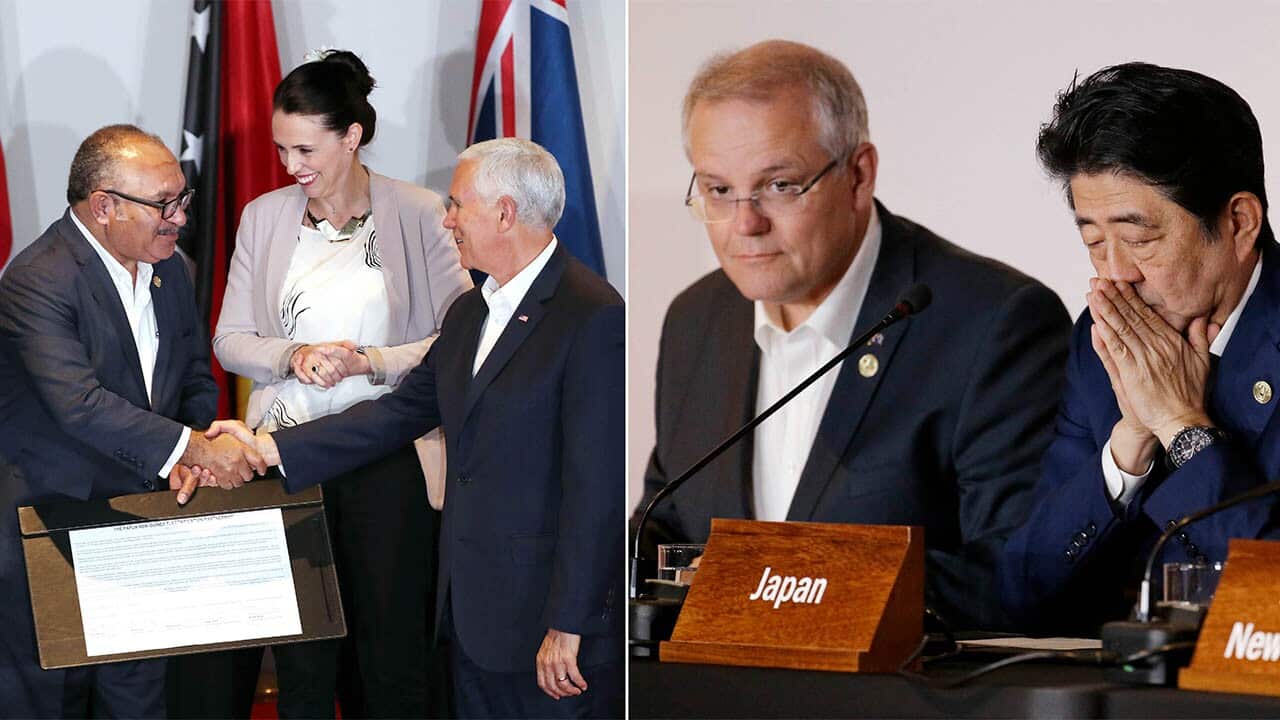 Australia will spend $25 million this year as part of a major international effort to get electricity to some of the most remote parts of PNG. Source: AAP

Australia will put $25 million this year into a huge joint effort to electrify Papua New Guinea, in one of the largest projects in the Pacific nation's history.

Just 13 per cent of PNG's population has access to reliable electricity, but Australia, the United States, Japan and New Zealand will all chip in to fund a series of power and communications projects.

The Papua New Guinea Electrification Partnership will aim to get 70 per cent of the country connected by 2030.

"I know from direct experience that living without electricity is incredibly difficult," PNG Prime Minister Peter O'Neill said at the signing ceremony on Sunday.

The mountainous PNG is notoriously difficult for infrastructure projects, with the vast majority of the population living in remote or rural areas.

The capital Port Moresby is also cut off from the rest of the country, and can only be reached by sea or air.

Australian Prime Minister Scott Morrison said he had sat in remote villages and had some understanding of how hard it was to live without power.

"It's time to power up PNG right across the country," he said.

Papua New Guinea will choose its own power sources, but it currently uses 70 per cent hydro.

The project will require large-scale public and private investment in new generation, transmission lines and distribution.

The deal is the first to be funded under the tri-lateral infrastructure deal announced last week between the US, Japan and Australia.

But it will also be open to other nations that support "a free, open, prosperous and rules-based region."

The project comes as China increases its infrastructure push into PNG, including hospitals and a major road in Port Moresby.

But locals have criticised China for building unnecessary projects that don't help the community - the road China ripped up and replaced was already one of the best in PNG.

The Chinese projects have also been funded with "aid money", but they are built by Chinese workers, using Chinese materials, and the money goes back to Chinese companies.

Australia will commit $25 million in the first year, and will ensure fibre optic cable is rolled out as part of the grid.