The Argentinian government estimates that since 1983 more than 3,000 women have died from up to more than half a million secret abortions carried out in the country of 44 million. 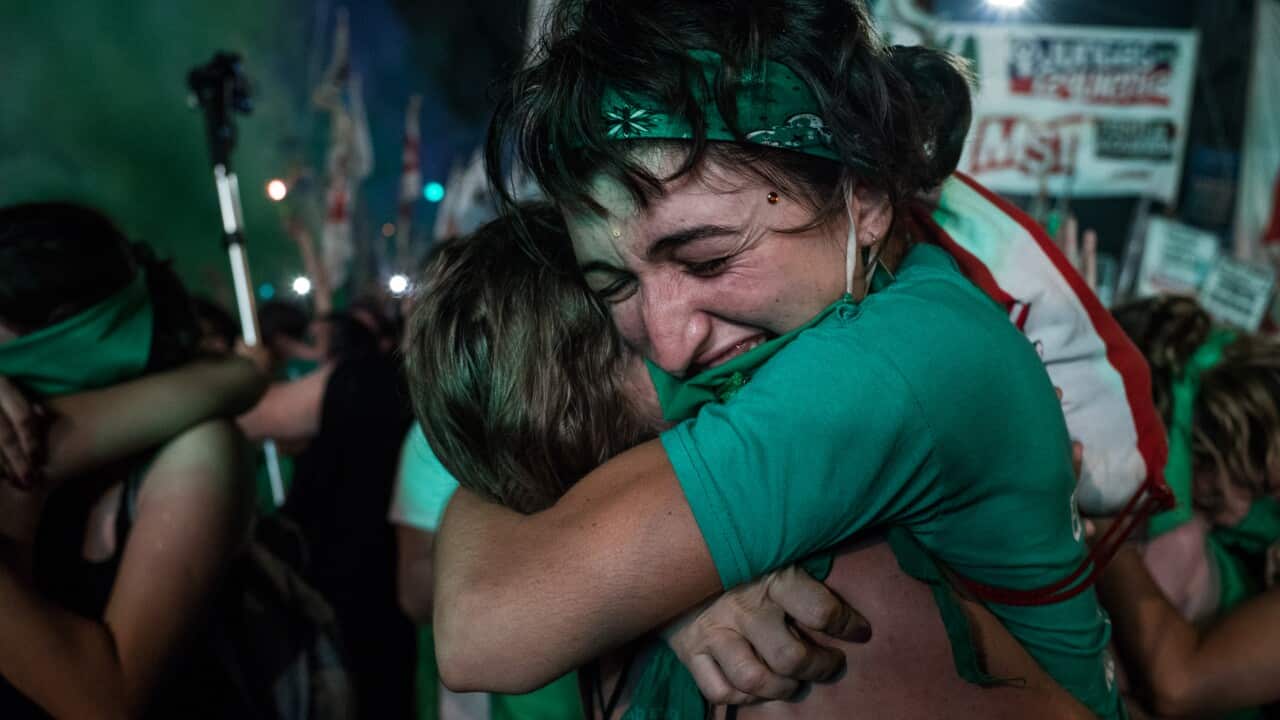 Argentina has become one of just a handful of Latin American countries to allow elective abortion, as neighbouring Chile initiated its own debate on decriminalising a procedure denied to most women on the continent.

President Alberto Fernandez signed a law that allows abortion until 14 weeks of pregnancy that was passed by the Senate on 30 December.

"Today we have a better, more equal society," said Mr Fernandez, speaking from an event at a museum in the capital Buenos Aires.

Advertisement
"This is a great step towards equal rights, giving women the possibility to decide."

Mr Fernandez added that it was "the culmination of a long struggle" waged by those wanting an end to abortion being "a crime that obliges secrecy and exposure to the risks involved" in back street procedures.

The government estimates that since 1983 more than 3,000 women have died from up to more than half a million secret abortions carried out in the country of 44 million.

As a result, Argentina becomes the largest of just four Latin American countries where women can choose to have an abortion, joining Cuba, Uruguay and Guyana.

In Mexico, terminations are allowed only in the state of Oaxaca and in Mexico City.

The region has some of the world's most restrictive abortion laws. In El Salvador, Honduras and Nicaragua, the procedure is banned, and women can be sent to jail even for having a miscarriage.

In Argentina, terminations were allowed only if the pregnancy was the result of rape or endangered the woman's life.

Between 2012 and 2020, more than 1,500 court cases were brought for abortions, according to the Centre for Legal and Social Studies.

The law "represents the state's understanding what reproductive autonomy signifies to women," Maria Teresa Bosio, the president of a group of Catholics in favour of the right to choose, told AFP.

The law allows for health care workers to express conscientious objection, but states that the abortion must be provided free of charge within 10 days of a request.

Mr Fernandez also promulgated a 1,000-day guarantee that women will receive state aid during pregnancy and for their child's first three years.

"There will be a state behind (women) that will give them health care and guarantees so that their child can grow and develop," said Mr Fernandez.

Chile also currently restricts abortion to cases of rape or when a woman's life is endangered, along with unviability of the foetus. Until as recently as 2017, the country banned the procedure outright.

Women there took to the streets of Santiago on Wednesday to demand access to abortion as debate opened in Chile's Congress on a bill seeking to allow elective abortion until 14 weeks of pregnancy.

The protesters sported green neck scarves like the ones worn by their counterparts in Argentina and elsewhere in Latin America rallying for women's reproductive rights.

The women also performed "A Rapist in your Path," a song that has become a global anthem against sexual violence.