ARIA winner Sampa The Great on reclaiming her identity

Sampa The Great won Best Hip Hop release at the 2019 ARIA Music Awards. Here, the Zambia-born, Melbourne-based musician tells SBS News how being claimed by Australia in her early career ignored her true identity and helped her become the musician she is today. 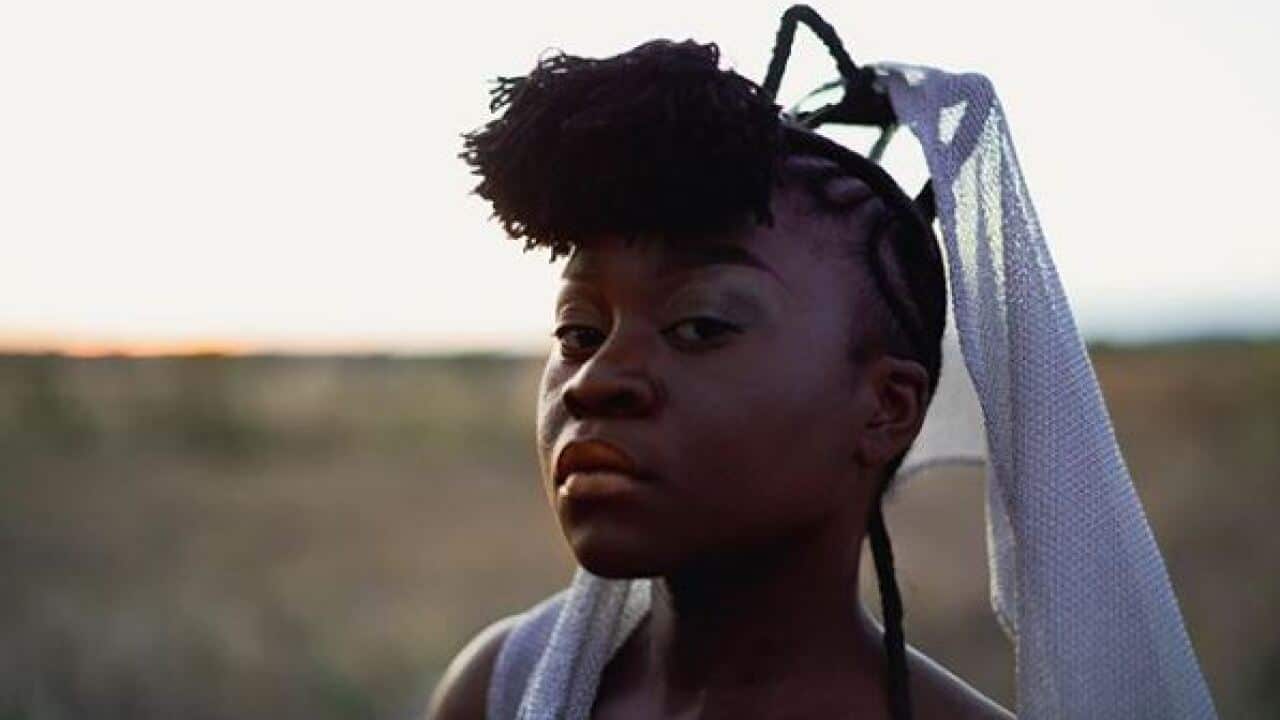 Born in Zambia, raised in Botswana, and now based in Melbourne, Sampa The Great's identity bears a strong influence on her music.

And while the connections the singer-songwriter and rapper made moving to Australia for university six years ago propelled her to where she now stands, with that came unexpected challenges.

The release of her acclaimed long-form mixtape Birds and the BEE9 in 2017 threw her into the spotlight.

Advertisement
It was inspired by spiritually-minded gospel, with nods to neo-soul and hip-hop intertwined with her no-holds-barred political outlook. It even won her the 2017 Australian Music Prize for best album.

But when Sampa (real name as Sampa Tembo) started getting played on the radio and being written about in the media - being dubbed as "Australia's own" or "Australia's next big thing in hip-hop" - she says she started to lose a sense of herself.

“It just felt like, clearly and openly, people knew – well the people in the industry and writing the stories – that I was Zambian and raised in Botswana, but they chose to leave out a piece of that identity for a claim to fame,” the 26-year-old tells SBS News from Belgium, where she is currently on tour.

She describes the unexpected ordeal as not finishing a full sentence. She was being portrayed as - and often being told she was - Australian, instead of "Zambian, but based in Australia."

“If you see an artist who will do well, to attach your name and country to them, it benefits you but what it does for me is, I lose a sense of identity."

“When you’re constantly building a narrative that’s not my own, then people around the world start seeing me as what you created and that’s what started happening.”

The situation made her doubt the music she was making and her whole career, she says.

“I knew that I was Zambian, the people who I was raised around knew that, but a narrative was being written for me that a whole world started to feed into and it was not true.”

“It did affect my career in the sense where I had to fight so much just to be called what I am."

She decided to momentarily step back before returning this year with her debut album The Return, which she says is all about retelling her origin story and hoping, this time, it sticks.

“The Return is a story of home and the narrative that’s being reclaimed for myself," she says.

"As a student who's been migrating through school – I went to the United States, I went to Australia - often my narrative has been written for me."

“It was a huge struggle and at times, it still is. When the album came out people were still not calling me what I am but as far as I’m concerned, I’ve written my narrative for myself."

The album's single Final Form won Best Hip-Hop release at the ARIA Music Awards, while the film clip, shot in Zambia and featuring traditional Nyau dancers in feathered masks and headdresses, was nominated for best video.

“Final Form is my authentic truth,” she says.

“I think people are resonating with it because it’s me showing you my home and where I am from, and for a while, for people of colour, that was not something openly accepted to do.”

“For anyone who’s of the diverse world, or who has had trouble or has a journey with where they are from, it’s important to document your stripes whether small or big, because we’re living in a world that makes it harder for you to find those origins, and sometimes often mocks you for finding those origins.”

Sampa The Great in the video for Final Form. Source: YouTube

Industry consultant Paul Mason says Australian music is experiencing a “changing of the guard” moment, with music fans growing hungrier for innovative music that, at times, can also challenge perspectives.

“This is not a manufactured pop thing – these are artists who have something to say and that’s what makes them so compelling,” he said.

“There’s always these moments where new voices break through and suddenly become really powerful and connect with audiences and we’re at one of those moments – you only have to look at this year’s ARIA nominees.”

Sampa said she hoped the win would help the nation's music industry better reflect the community.

"When I first came to Australia, I had no concept of the direction I wanted to take with music or even if I wanted to admit to my parents that I wanted to be an artist," she said in an Instagram post.

"In the six years I’ve been here, I’ve experienced a change in myself, my music and a small shift in the industry.

"Winning Best Hip Hop Release means not only am I the first person to win the award, but I’m also the first woman to receive an ARIA award in a category like this."

As for what 2020 could hold, she says expressing her truth may not just be limited to music. Be it film or directing, she is open to growing.

“As a person who completely and one hundred per cent loves the art of expression in all its form, I want to be seen as a person who is able to use art as a form of language,” she said.