An inquiry into koala populations and habitat in NSW has heard evidence that more than 2,000 of the native Australian marsupial may have died on the state's north coast in recent bushfires. 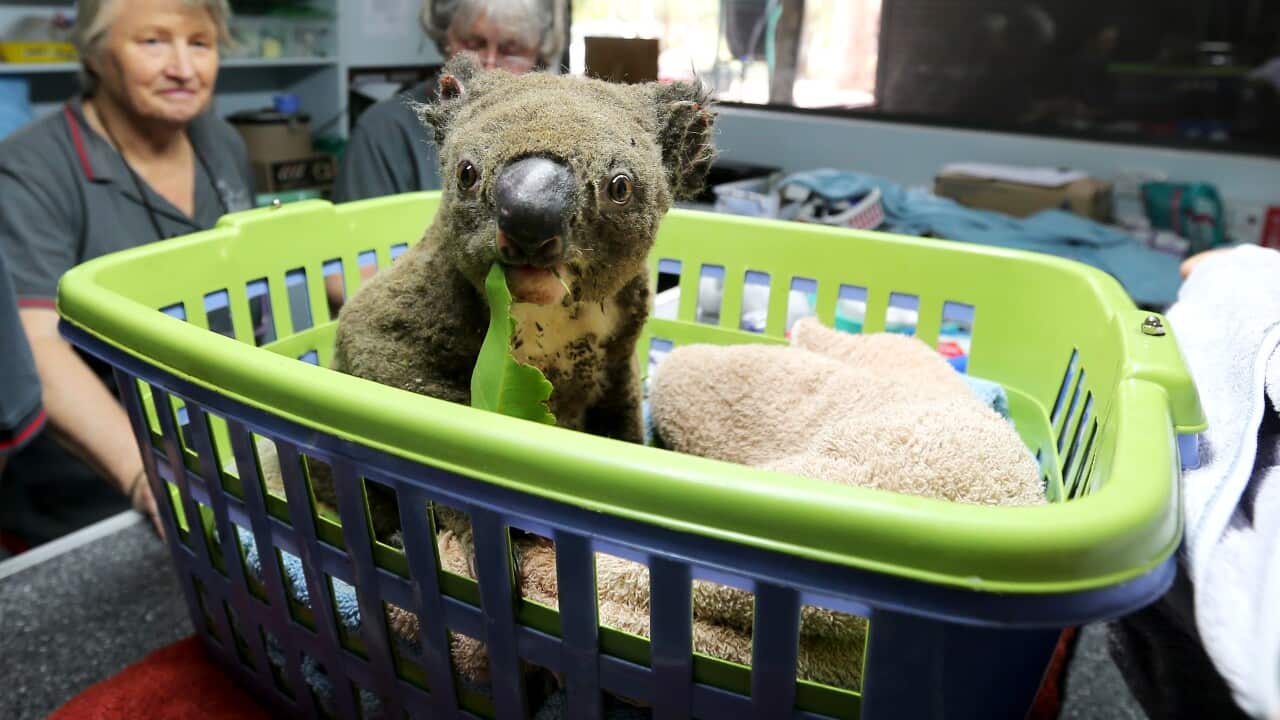 Paul the koala in the ICU recovering from burns at the Port Macquarie Koala Hospital, which has recieved more than $3.7 million in GoFundMe donations. Source: Getty

The bushfire crisis in NSW has killed more than 2,000 koalas and increased the species risk of extinction, a NSW parliamentary inquiry has heard.

Wildlife experts are demanding urgent action to limit land clearing and save what's left of their habitat, in the wake of the fires.

Port Macquarie Hospital’s clinical director Cheyne Flanagan said one-third of koala habitat on the state's north coast has been lost in the fires.

“I think our original estimate of 350 koalas is probably very, very conservative. We've been through a number of fires over the years but nothing like this; it's just Armageddon, it really is,” she said.

Across NSW, where close to 90 fires continue to burn, conservationists fear at least 2,000 koalas have died.

Ms Flanagan's team is caring for dozens of injured koalas and said every day more are found clinging to life.

“We've got about 67 koalas in at the hospital and 37 of them are fire ones and we've lost a couple and had to euthanise a couple. This bushfire impact is horrific and we've still got all of the summer to go,” she said.

With koalas already listed as vulnerable in Queensland, New South Wales and the ACT, attention has turned towards preventing more deaths.

The executive director of science for wildlife Dr Kellie Leigh urged immediate action at the hearing.

“I think the main call to action that we'd like to see is more resources and more planning; at the moment so many people want to help and we've just got no way forward, we don't have protocols in place to go in before or after fires to try and get koalas out or try and rescue them. There are no standardised protocols which are making it really difficult to do anything; we're also very under-resourced for wildlife care as well,” she said.

The parliamentary committee was told NSW must follow its lead.

“I'm calling on government agencies and everyone that  we all need to work together, and we need to start making progress, there are so many different mindsets in this country and so many arguments but we need practical application and we need the opportunity for indigenous knowledge to get on the forefront for a change,” he said.

Bushfire conditions are expected to worsen this week, placing the lives of residents and wildlife in danger once again.