A new paper drawing on wide expertise and all sides of politics is offering a closer look at Australia's asylum policies and possible alternatives. 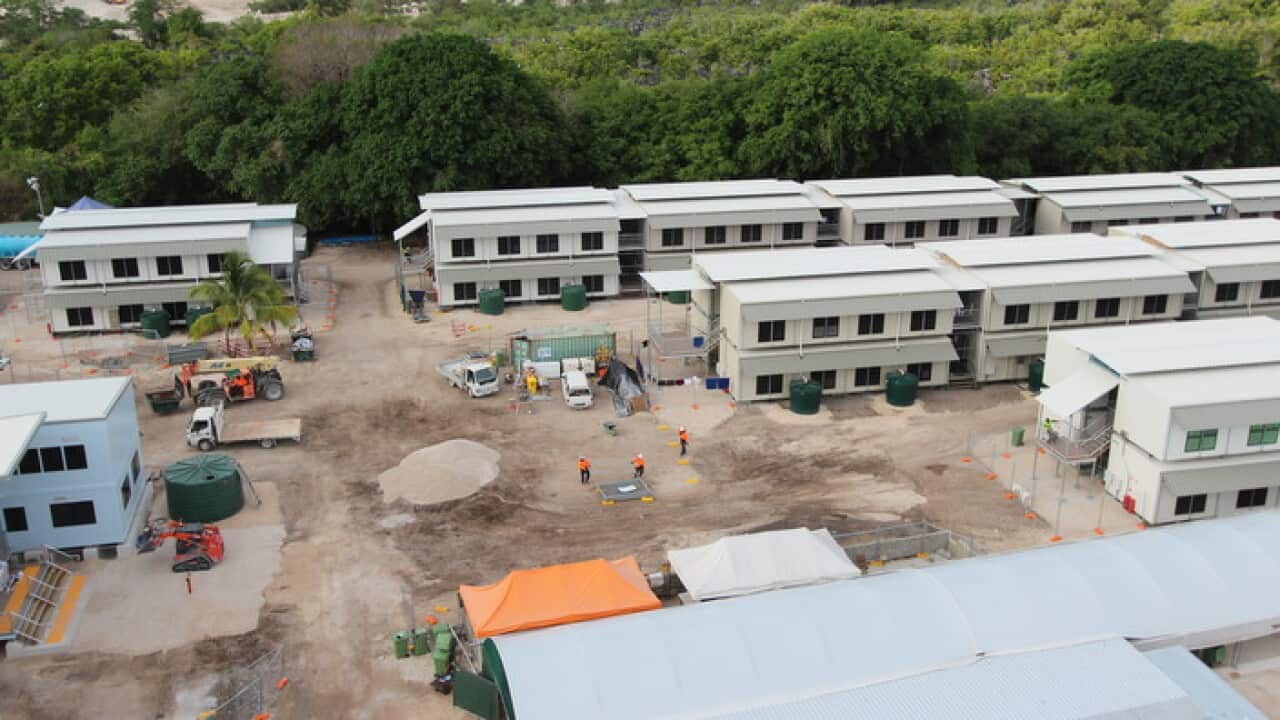 Construction at Nauru in 2013.

It's a complex issue with no easy answers or solutions.

Australia's asylum seeker policies continue to draw a range of criticism and praise from across all sections of government and the Australian population.

Advertisement
Now, a new paper drawing on wide expertise and all sides of politics offers a closer look at those policies and possible alternatives.

The paper draws on the expertise of 35 key figures and policy-makers from the field who participated in a round-table discussion in July this year.

Representatives from the Office of the United Nations High Commissioner for Refugees, or UNHCR, and academics were also involved.

Arja Keski-Nummi is a fellow with the Centre for Policy Development, which was involved in putting the paper together.

She says the purpose was to look at how a broader bipartisan approach could be developed to deal with asylum-seeker policy.

One recommendation put forward in the paper was the need for a new national dialogue on asylum-seeker and refugee policy.

"It's been blown up into an issue much larger than it actually is. And I think we need to get some of the heat out of the conversation and have a conversation about the needs of people who are seeking asylum, what the issues are and how they are actually processed in Australia. It just, I think, gives people a confidence that this isn't a big problem, as has been portrayed."

The report includes essays by prominent Australians on all sides of the debate.

La Trobe University academic Robert Manne writes that asylum-seeker advocates need to accept the reality of how successful Liberal Party policies, especially offshore detention, have been in stopping people from arriving by boat.

"In 2008, the Rudd Government dismantled the Pacific Solution. Shortly after, the asylum-seeker boats returned, eventually in much larger numbers than during the Howard period. Under Howard, there were approximately 13,000 boat asylum seekers; in just the final year of the Gillard Government, some 25,000. And yet the friends of the asylum seekers rarely admitted that it was the dismantling of the Howard policies that was primarily responsible."

The report cites figures from the UNHCR's 2013 Global Trends report, which estimates there are over 51 million displaced people around the world.

While that is the highest figure since the Second World War, it includes internally displaced people.

The report also says forced migration is an age-old, complex problem caused by issues such as war and persecution, amongst other reasons.

Alex Reilly is the director of the Public Law and Policy Research Unit at the University of Adelaide.

He says current Australian asylum-seeker and refugee policies are quite different to those of previous decades.

The changes have been influenced by the increasing number of people arriving by boat and seeking asylum in Australia, especially from 2009 to 2012.

"The Labor Government and then the current Government took quite a different approach, saying no-one who arrives by boat will be resettled in Australia. There had never been that statement made in previous refugee policies. The number of people arriving by boat, particularly in 2012-13, was a dramatic rise, even a dramatic rise from the numbers arriving in 1999-2000, when John Howard first brought in the offshore processing. Then after the Howard Government policy came in, people arriving by boat pretty much stopped until 2009. And then, with the Labor Government unravelling some of the offshore processing, they rose up in 2010-11, and then they skyrocketed to about 25,000 in 2012-13. So that kind of number, we hadn't seen that before."

Dr Muderis now lives in Australia, where he works as an academic as well as a surgeon.

He fled Iraq after refusing orders from Saddam Hussein's government to surgically remove the ears of soldiers who had escaped from the army.

He ended up on a wooden boat heading to Australia in the late 1990s.

"I had no choice. From the time that I left Iraq to the time I got to Christmas Island was a few days. As an Iraqi national with an Iraqi passport, there was no country that would allow me a visa except Malaysia for 14 days, so there was nowhere else I could go. I was fully aware of the risks that are associated with getting on a boat. We were watching the news of a boat that sunk just before we left, and we were well aware that we may never make it. People who take such risks by getting on a boat, they must be desperate."

Dr Muderis can relate to another recommendation of the report that calls for an end to long-term detention.

Despite enduring almost a year of detention upon his arrival to Australia, Munjed Al Muderis says he is not against mandatory detention.

Rather, he says, it's the way it's done that concerns him.

"I think people should be detained for a period of time until they are declared disease-free, not terrorist, and genuine refugees. It can be done in a much more humane way. It's the way people are treated. It's not necessary that we call people by numbers. Obviously, the length of the detention is an issue. I was locked up for 10 months. The real process of identifying my case, whether it's a genuine refugee case or not, started several months after my arrival to Australia. There were huge delays to the time I was processed."

Other issues raised in the report include how best to handle the uncertainty for more than 33-thousand asylum seekers in Australia and more than 23-hundred in Nauru and Papua New Guinea.

The report also calls for Australia to engage in further regional dialogue on the issue.

And it calls for raising the annual humanitarian intake to a minimum of 25,000 or no less than 15 per cent of the annual migration intake.

The Immigration Minister Scott Morrison told SBS in a statement that the Government is committed to its border protection policies.

Mr Morrison says the policies have been highly successful in countering people smuggling, despite widespread criticism that they would never work.

He says the gains achieved by the successful implementation of the Government's policies, including extensive collaboration with regional partners, should not be taken for granted.