As the financial pressure of the coronavirus pandemic piles up, asylum seekers are also battling deteriorating physical and mental health. 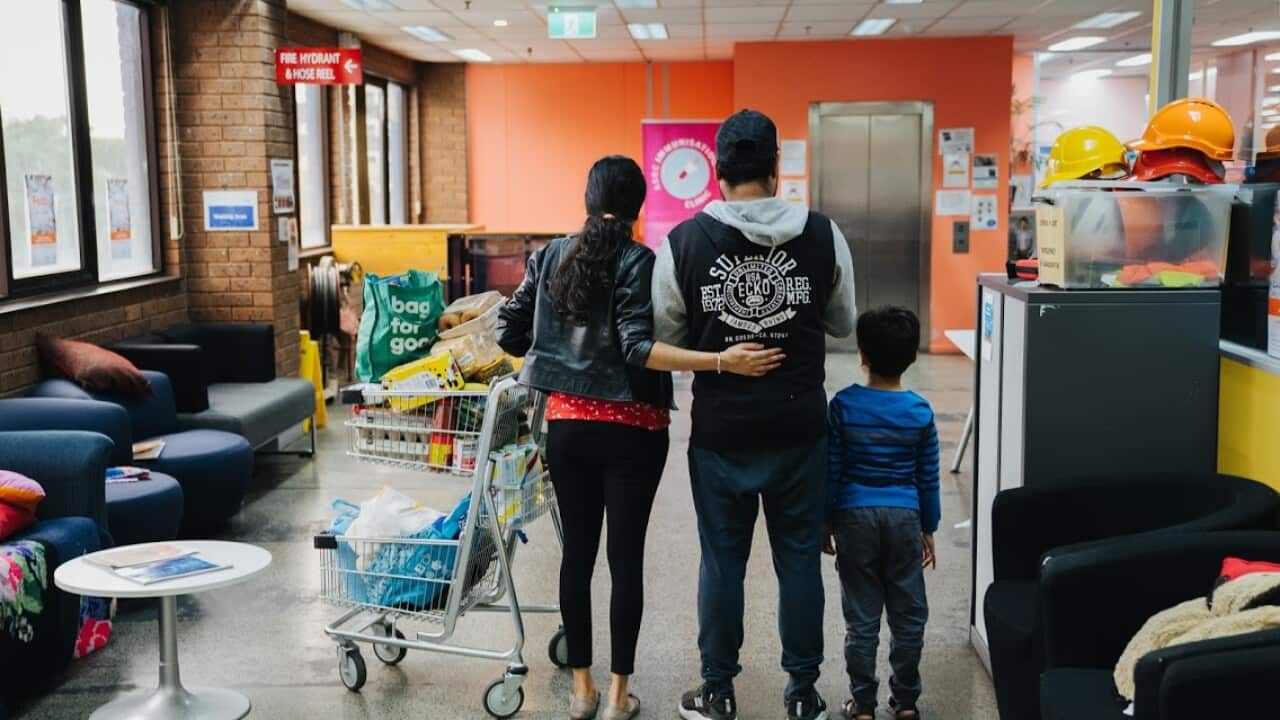 A survey has found the impacts of the coronavirus recession continue to weigh heavily on asylum seekers. Source: Asylum Seeker Resource Centre

When single-mother Nadia* lost her job earlier this year she immediately started worrying about feeding her family.

“It is a very difficult situation - mentally I am very stressed,” she told SBS News.

“At that time, no work so no food [a] very, very dangerous situation.”

Advertisement
Nadia says she felt helpless to support her three children, aged 14, 16 and 18, after losing her hospitality job due to restrictions sparked by the pandemic.

The 40-year-old arrived in Australia nearly two-years ago seeking asylum after fleeing a domestic violence relationship in her home country.

She said her family has been forced to seek out help from a charity to survive.

“They are helping me,” she said.

“They provide food for me and then they help me with rental payments and things.”

A survey conducted by the Refugee Council of Australia has revealed the coronavirus recession has caused an increasing number of asylum seekers to become dependent on emergency relief providers.

The findings show this has led to reported increases of 300 to 400 per cent in demand from asylum seekers for the support services.

“The pressure of paying rent and all of their bills, having enough money for food and medication is all just piling up,” she told SBS News.

The research found many asylum seekers were exposed to economic hardship because of their high representation in the workforces worst impacted by coronavirus shutdowns.

Despite these challenges, Ms Eckard said temporary visas holders have been left out of government assistance such as the JobKeeper wage subsidy and JobSeeker welfare support programs.

"In the absence of any kind of safety - people are going to fall through the cracks and are going to find themselves in really dire situations," she said.

Their survey was conducted through interviews with front-line emergency relief services, who work with people seeking asylum around the country.

It found between as many as 60 per cent of asylum seekers that were receiving assistance had lost their jobs as a result of the pandemic or had their hours reduced so significantly they relied on food banks.

The results also showed 88 per cent of clients had difficulty paying rent because of the COVID-19 pandemic and 55 per cent were at risk of homelessness.

Another 56 per cent were at risk of being evicted from their homes.

Asylum Seekers Centre chief executive Frances Rush said that, aside from the financial impacts, there were also severe effects on the mental and physical health of asylum seekers.

"What we’re seeing is it is unrelenting and it certainly isn’t easing," she told SBS News.

“You are seeing that sense of where is the light at the end of this tunnel - how are we going to get through this."

Amid these challenges, the Refugee Council of Australia's research also found GPs have been treating children for nutritional deficiencies.

“If they can’t work there is no safety net so they don’t have any income at all to pay for accommodation or food,”  Dr Gillian Singleton of the Cabrini Cabrini Asylum Seeker and Refugee Health service told SBS News.

“People aren’t starving but they are certainly not getting access to adequate nutrition. We have seen kids with nutritional deficiencies.”

A spokesperson for Social Services Minister Anne Ruston said the government had provided $200 million to boost more than 300 charities this year.

“These services are available to everyone in Australia who is in need, regardless of their visa status, and additional support will continue to be provided as demand requires it."

The spokesperson said those people already determined to be refugees have full access to Australia’s welfare system.

Both refugees and asylum seekers also continue to have access to a range of government health and support services, the government said.

*Nadia's name has been changed