A boat carrying about 60 migrants from Indonesia to Malaysia sank on Wednesday off Malaysia's southern state of Johor, killing 11 people. 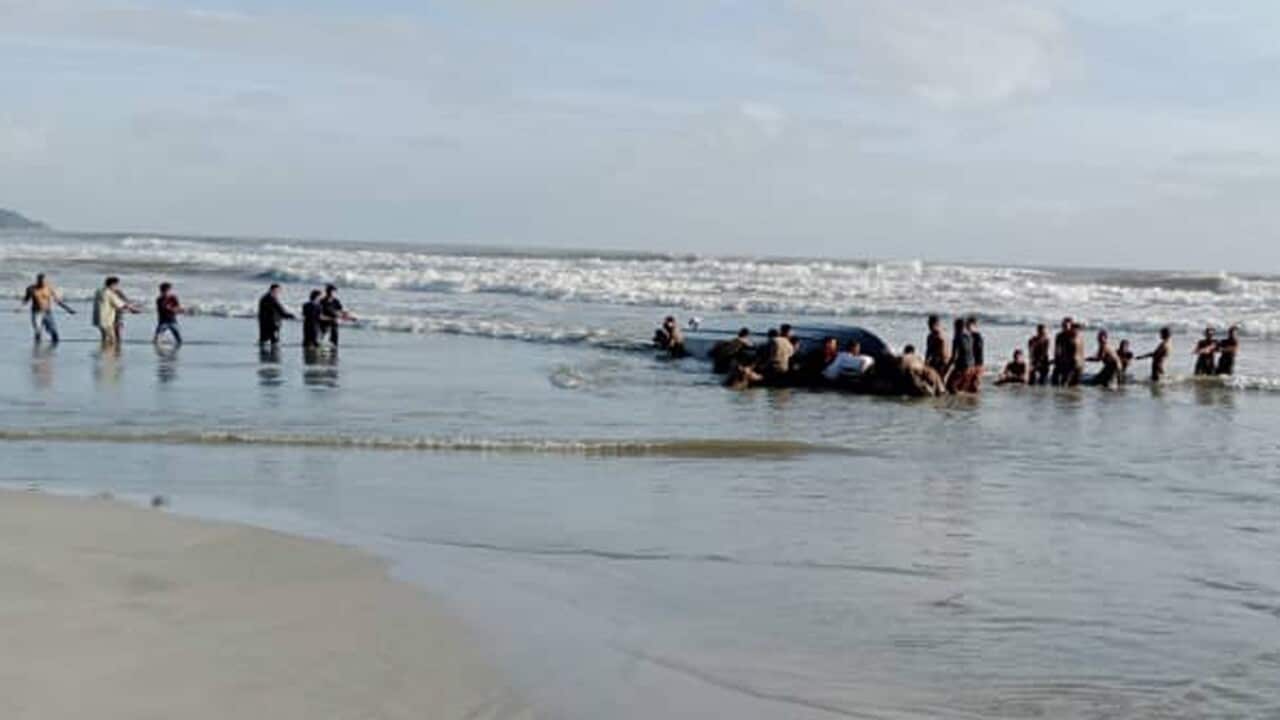 At least 11 Indonesian migrants died and 27 are believed to be missing after a boat sank on Wednesday in stormy weather off southern Malaysia, authorities said.

Advertisement
Soldiers on patrol discovered the bodies of seven men and four women on the shore, Mr Som said.

READ MORE
Australia’s asylum policy has been a disaster. It’s deeply disturbing the UK wants to adopt it

Another 20 men and two women were found alive following the voyage from a nearby Indonesian island and have been taken into custody, he said.

Those missing are believed to have fled into hiding or drowned, and authorities have deployed boats and an aircraft to hunt for them.

Relatively affluent Malaysia is home to millions of migrants from poorer parts of Asia, many of them undocumented, and they work in industries including construction and agriculture.