A series of attacks across Afghanistan over two days has killed at least 29 people and injured several. 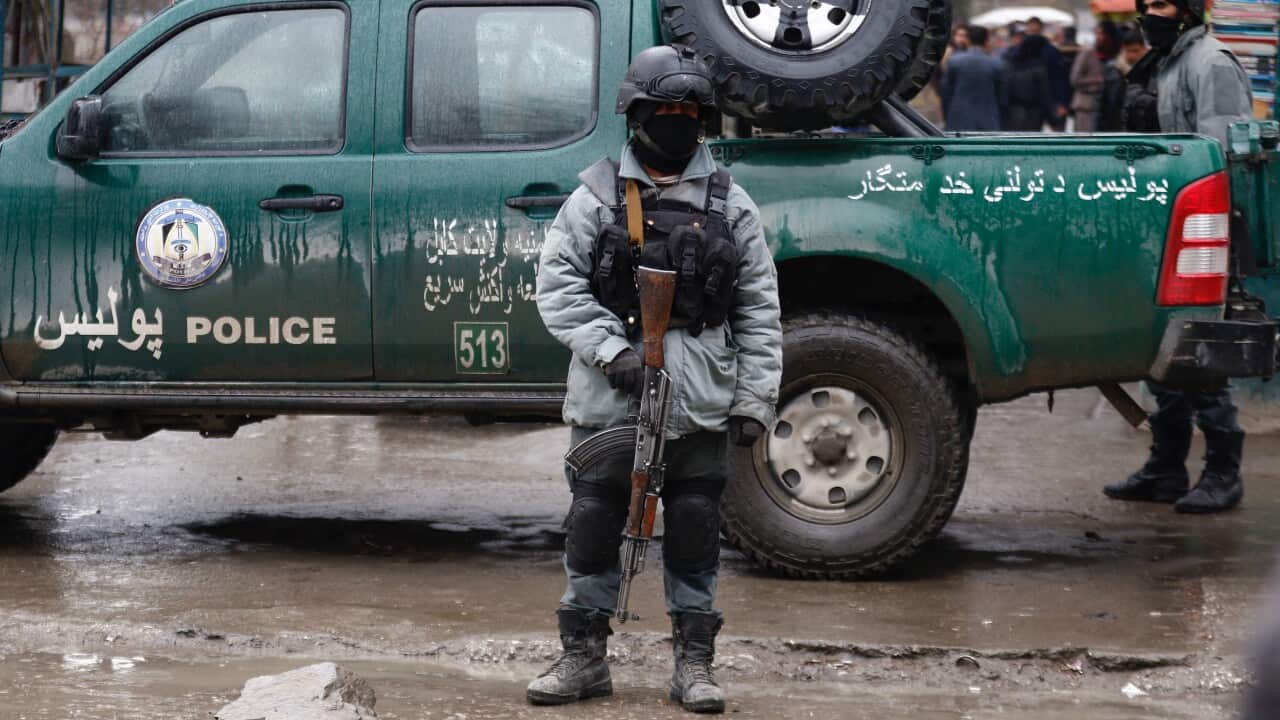 Afghan security officers secure the area of an explosion in Kabul. Source: EPA

At least 29 people have been killed in four attacks across three Afghan provinces, officials say

In the capital Kabul, at least one person was killed and six others were injured after a suicide bombing on Saturday morning, Najib Danish, a spokesman for the Afghan Interior Ministry, said.

The bombing took place near an Afghan spy agency facility as well as the US Embassy and other Afghan and international institutions.

Noorzai said the Taliban took over the checkpoint for a brief period and took all the weapons with them.

In southern Helmand province, at least three people were killed and three others were wounded in two attacks in the capital city of Lashkargah and Nad Ali district, according to provincial officials.

One person was killed and two others were injured in a car bombing in the parking lot of an Afhan spy agency facility in Lashkargah city, Abdul Ahad Sultanzoy, a provincial council member from Helmand, said.

Omar Zwak, a spokesman for the Helmand governor confirmed the bombing adding that three people injured in the incident has been brought to hospitals so far.

In another incident in Nad Ali district, two Afghan army soldiers were killed and one other was wounded after Taliban attacked the military base and set off a car bomb early Saturday morning, Bunay Khan Sarhadi, the deputy police chief of Helmand, said.