A pregnant Muslim woman who was attacked in western Sydney has thanked people that have sent her messages of support. 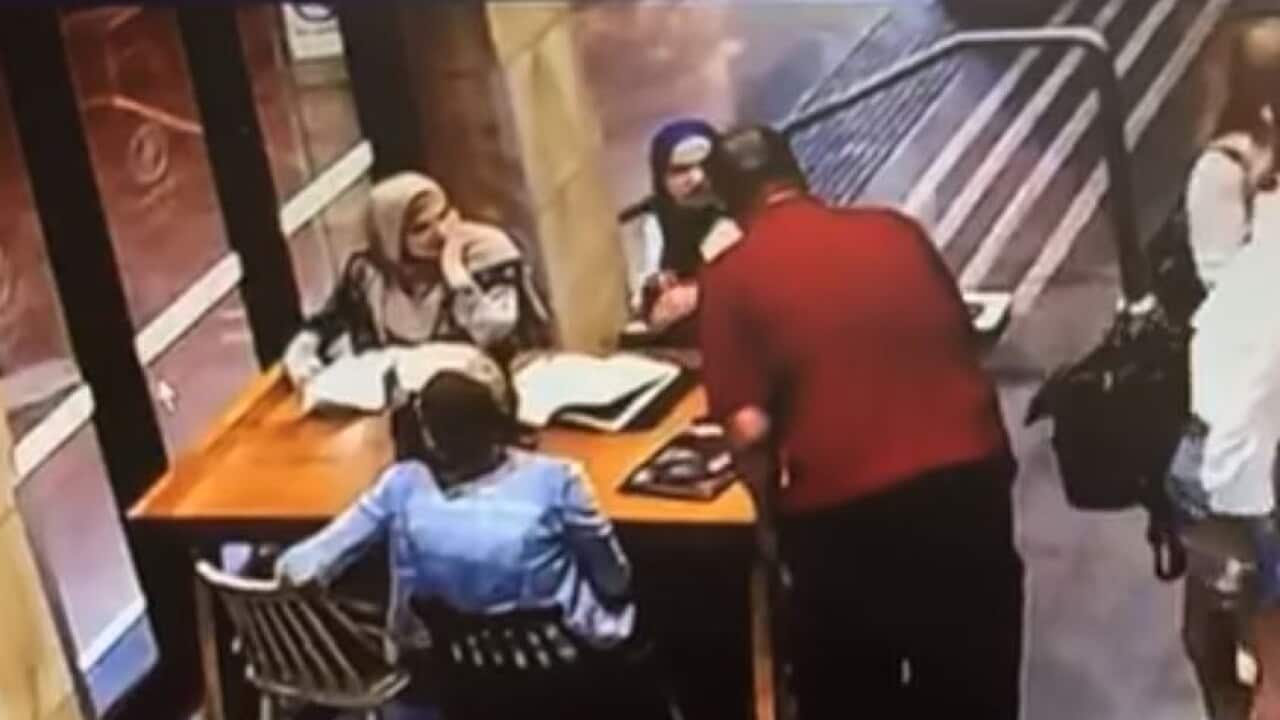 A man approached the pregnant woman at a cafe in western Sydney. Source: Supplied

A heavily-pregnant Sydney woman who was the victim of an alleged racially-motivated attack has called on all Australians to protect innocent people from racial and religious attacks.

Rana Elasmar, who is 38-weeks pregnant was with friends at a Parramatta eatery on Wednesday night when a man approached their table and spoke to them.

The man then allegedly leaned over and punched Ms Elasmar, 31, several times in the head and upper body, causing her to fall to the ground as her friends tried to hold him back. He then allegedly stomped on her head.

Advertisement
Ms Elasmar, who is a Muslim, was wearing a hijab and police are looking at Islamophobia as a potential motive.

It's been reported the man-made anti-Muslim comments to Ms Elasmar.

In a post to Facebook, Ms Elasmar identifies herself as a Muslim and points out that she was “born and raised in Sydney, Australia".

The pregnant woman is seen on the ground in the CCTV after the alleged attack. Source: Supplied

She goes on to say aid she has experienced verbal abuse and hate in the past but never thought "physical abuse of this nature could happen to me".

The verbal abuse was "already too much," a feeling which Ms Elasmar said the Islamic community shares.

"It is NOT ok. How somebody feels like they have the right to abuse another human being baffles me. It shows a lack of humanity. It shows weakness," the mum-to-be says in the post.

"The man who attacked her "verbalised his hatred of Muslims prior to hitting me (but) he neither knows me, nor my religion," she alleges in the post.

"I do not want this attack to happen to anyone ever again. I want to see a world where people defend one another against cowardly acts like this and band together to protect the victims.

"We cannot allow behaviour like this to become the norm and sit silent."

Ms Elasmar, who suffered bruising and swelling as a result of the attack, goes on to thank everyone who reached out to offer support.

"The overwhelming support I have received is a reflection that this was a story that many can relate to," Ms Elasmar said.

"We are mothers, wives, daughters and we deserve to feel safe wherever we go. We deserve a night out to unwind without being fearful of an attack like this happening again.

Patrons intervened during the alleged attack in the Church St cafe. Source: Supplied

"I fear for the world our children will grow up in, if this issue is not addressed.

"I call all Australians, Muslim or non-muslims, of all faiths and cultures to come together, as you have already done for me, and voice your solidarity in protecting innocent people from any future racial/religious attacks."

She was taken to Westmead Hospital but was later discharged.

The attack came days after a Charles Sturt University report into Islamophobia in Australia prompted fears abuse was spilling into the open.

The report found that of all reported non-online Islamophobic incidents
in Australia in 2016 and 2017, more than half occurred in guarded or patrolled areas and security guards did not deter the abuse.

Of 349 total incidents, almost three quarters were carried out against women, while 96 per cent of non-online female victims were wearing a hijab.

"In the week a report was released outlying the growing incidents of Islamophobia in this country, such an attack is tragic, real-life proof of the dangers that Muslims, and Muslim women in particular, now face," the AFIC said.

The Australian National Imams Council
said it is “appalled” and “deeply concerned” over the attack of the heavily pregnant Lebanese-Australian woman.

“The incident highlights the prevalence and risks associated with Islamophobia, as confirmed by the
Islamophobia report
released this week,” the council said in a statement.

“Sadly, women tend to bear the brunt of the attacks by male perpetrators. Much of the verbal and physical abuse occurs in open spaces.“

He has been refused bail to return to court on 5 December.