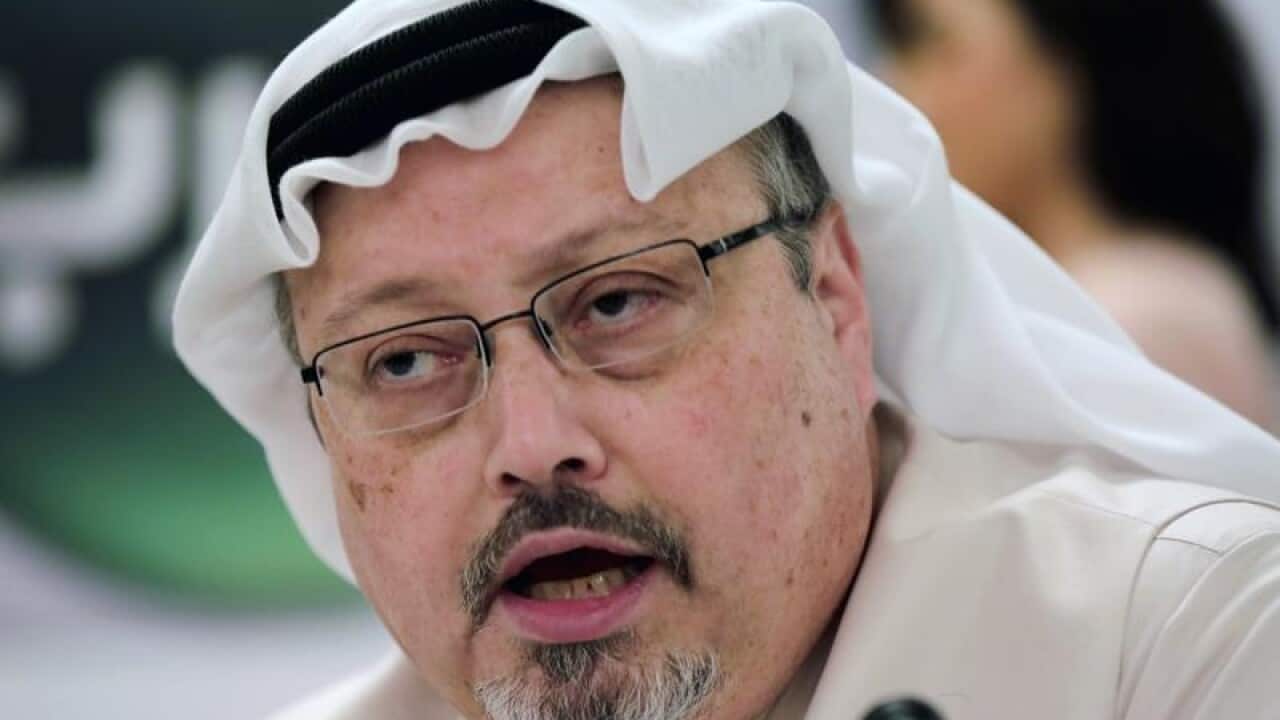 Saudi journalist Jamal Khashoggi was killed inside the Saudi consulate in Istanbul in October. (AAP)

Foreign Minister Marise Payne has condemned the murder of Saudi journalist Jamal Khashoggi and expressed deep concern at the "open abuse" of international diplomatic conventions to commit and conceal the crime.

However Senator Payne stopped short of committing Australia to any course of diplomatic action to hold Saudi Arabia to account for the journalist's death, in her statement at an international press freedom conference in London.

Senator Payne met the UN's special rapporteur on extrajudicial executions Agnes Callamard, who authored a report on Mr Khashoggi's killing, on the sidelines of the Global Conference for Media Freedom on Wednesday.

Advertisement
The foreign minister made a strong statement in support of Dr Callamard and the report, which Saudi Arabia rejected as "nothing new" when it was released in June.

"Australia deplores the killing of Saudi journalist Jamal Khashoggi at the Saudi consulate in Istanbul, and Australia is also deeply concerned at the open abuse of the Vienna Conventions caused by the commission and concealment of this crime," Senator Payne told the conference's plenary session.

"We thank the UN special rapporteur, Dr Agnes Callamard, with whom I have met with this afternoon, for her investigation into the murder.

"Her report is a very valuable contribution to transparency and accountability of this issue, and a critical step towards establishing the truth of these circumstances."

Mr Khashoggi, a Washington Post columnist who was a critic of Saudi Arabia's Crown Prince Mohammed bin Salman, was killed inside the Saudi consulate in Istanbul on October 2, provoking widespread outrage.

Dr Callamard's report said there was credible evidence the crown prince and other Saudi officials were liable for Mr Khashoggi's murder.

Dr Callamard said in a Washington Post opinion piece on Tuesday that the lack of international legal, political and diplomatic action, especially by UN security council members, was extremely troubling.

"Effectively, they are allowing themselves to be made complicit in what is, by all appearances, a miscarriage of justice," she wrote.

"The holding of the G20 in Saudi Arabia next year is a slap in the face of all those who have fought, and some of whom have died, for accountability and for human rights protection," Dr Callamard said.