Australian foreign aid is set to fall to an all-time historic low and aid groups warn they'll be forced to scale back projects helping the world's poorest. 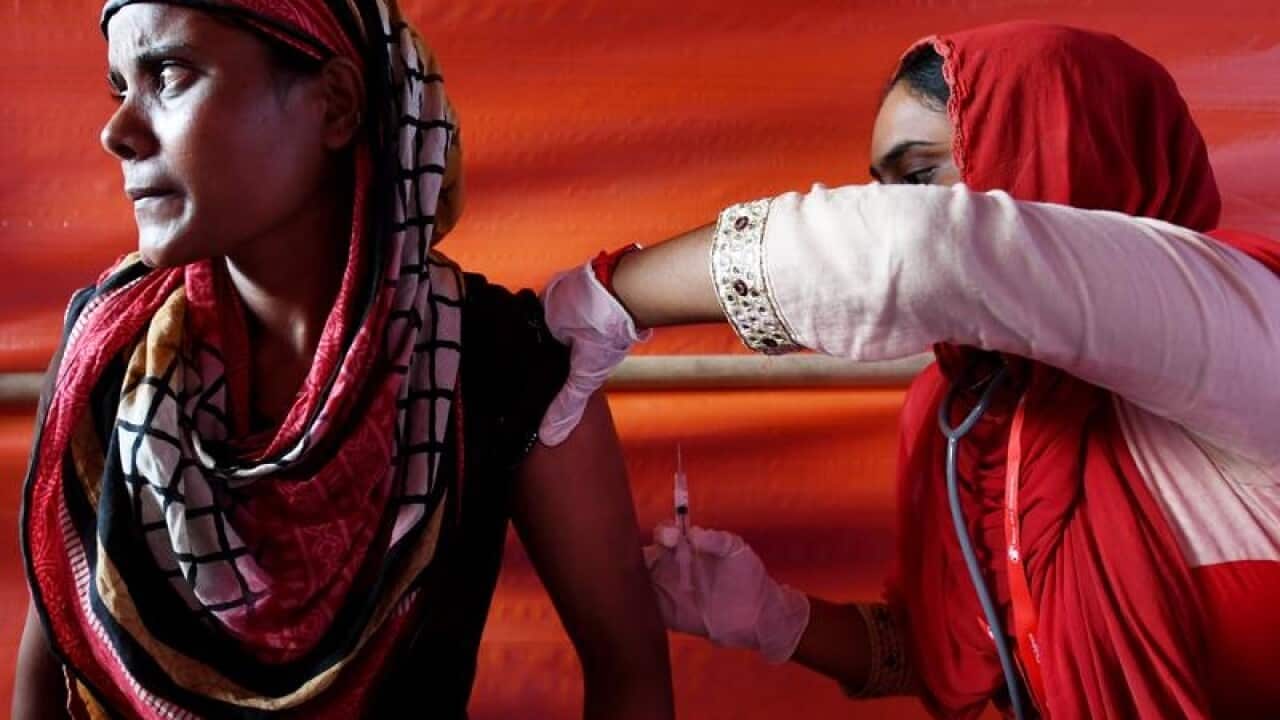 Aid groups hope the coalition will be generous after making $11.3 billion cuts to aid since 2013. (AAP)

The Turnbull government's decision to keep a "foot on the throat" of the foreign aid budget has been branded as narrow-minded and selfish and contrasts with a major boost by New Zealand.

Tuesday's federal budget siphons off $141.1 million over the next four years. Aid will total $4.2 billion this financial year.

Advertisement
The most recent raid follows more than $11 billion worth of cuts since the coalition government came to power.

"Many Australians will feel a sense of shame that we are going in the opposite direction," The Fred Hollows Foundation chief executive Ian Wishart said.

Australian is cutting assistance to Cambodia and Indonesia.

Indonesia is outgrowing foreign aid with a growing middle class and its economy on the cusp of going gangbusters.

The Indonesian aid budget will decrease by $30 million to $266 million this financial year.

Cambodia's $6.3 million reduction to $56.1 million in assistance is possibly attributed to its spiral into an authoritarian regime.

But Papua New Guinea and the Solomon Islands are both receiving an aid boost.

Port Moresby will be allocated an extra $46.6 million, taking its assistance to $519.5 million this financial year, while Honiara receives an extra $53.4 million with its aid budget tracking to $146.1 million.

This is because an unspecified amount of cash for an undersea communications cable between Australia and the two Pacific countries will partly come from the aid budget.

East Timor will receive $5 million more support in the form of a police training program, bringing its support to $73 million this financial year.

CARE Australia warned it will be forced to scale back projects.

"This is a selfish decision," chief executive Sally Moyle told reporters in Canberra.

The peak aid agency, the Australian Council for International Development, said a $10 million boost to humanitarian spending was falling short because of the increase of climate change-related disasters.

There was recent speculation Beijing was angling to set up a military base in Vanuatu.

Plan Australia pointed out there was $25 million for a Captain Cook statue at time when millions were on the cusp of starvation in eastern Africa.