Australia and Fiji have signed a "family" agreement on security, economic and cultural ties, ending a diplomatic freeze that began with a 2006 coup. 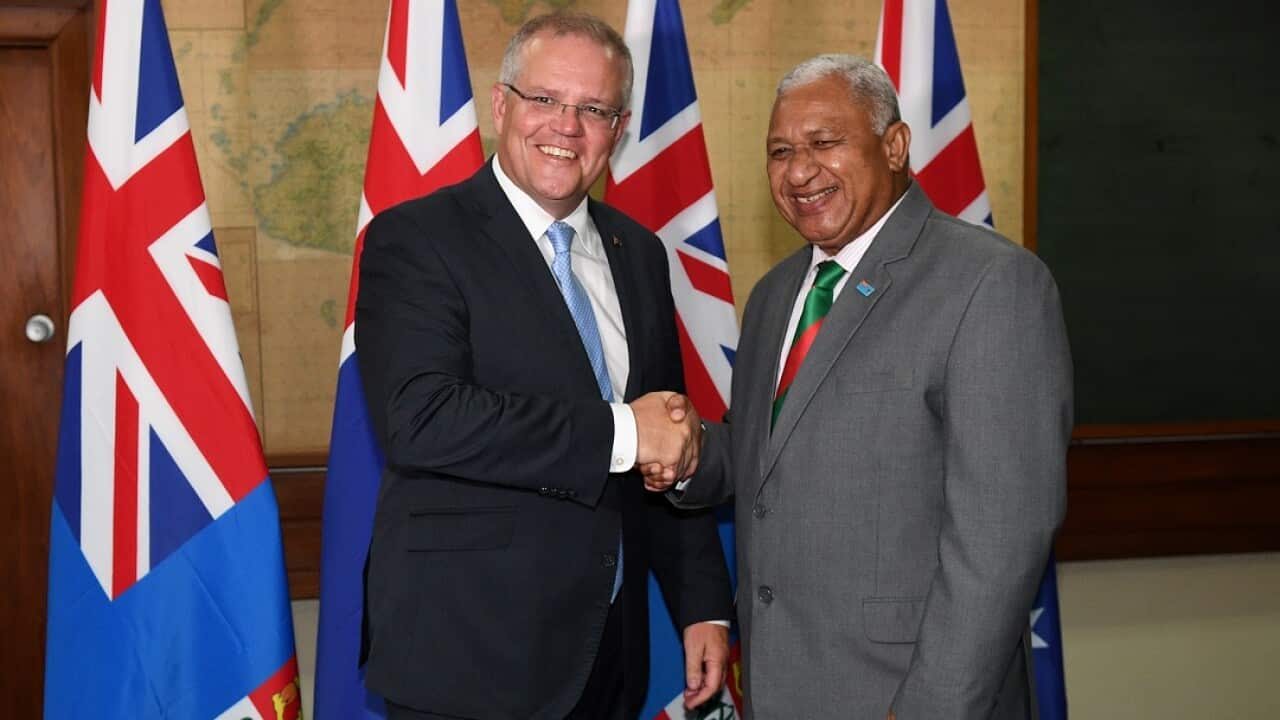 Australia and Fiji are family again after Scott Morrison's visit to the Pacific, ending a diplomatic freeze in place since a 2006 military coup.

Even a stoush over the citizenship of terrorist Neil Prakash could not derail Mr Morrison's meeting with Fijian Prime Minister Frank Bainimarama.

The pair announced a "vuvale" agreement - named after the Fijian word for family - covering economic, security, cultural and sporting support.

"It's clear now more than ever that we can put this behind us in the past, letting bygones be bygones," Mr Bainimarama told reporters in Suva on Thursday.

A key plank of the agreement is allowing Fijian workers to access Australia's Pacific Labour Scheme, which brings workers into rural areas for up to three years.

"We believe these programs can really provide support to both skill Fijian workers, who will have the opportunity to work in Australia, but also share those skills when they come back and work in Fiji," Mr Morrison said.

Melbourne-born Prakash has a Fijian father but Fiji says he is not a citizen.

"This matter had already been dealt with before our meetings today," Mr Morrison told reporters.

The Department of Home Affairs did not consult Fiji experts before stripping Neil Prakash of his citizenship. Source: SBS News

"I don't agree with the perspective that she's offered," Mr Morrison said.

"That facility is made up of two components - $500 million in grants, not loans... (and) $1.5 billion in concessional finance."

Senator Fierravanti-Wells said overseas aid funding should be used instead of loans. Australian aid funding has dropped to its lowest level ever under the coalition government.

"The chaos and division inside the coalition continues to undermine Australia's engagement in the Pacific," Labor's foreign affairs spokeswoman Penny Wong said.

As part of the vuvale agreement, Australia will contribute to the travel costs of a Fijian team in a NSW rugby league competition in 2020, and the Fijian netball team's travel to the July World Cup in the United Kingdom.

Mr Bainimarama was head of the Fijian army when he staged a coup in 2006, before being elected prime minister in 2014.