Foreign Minister Julie Bishop has announced an extra $18.4 million towards food and shelter for people living in the Rohingya refugee camps in Bangladesh. 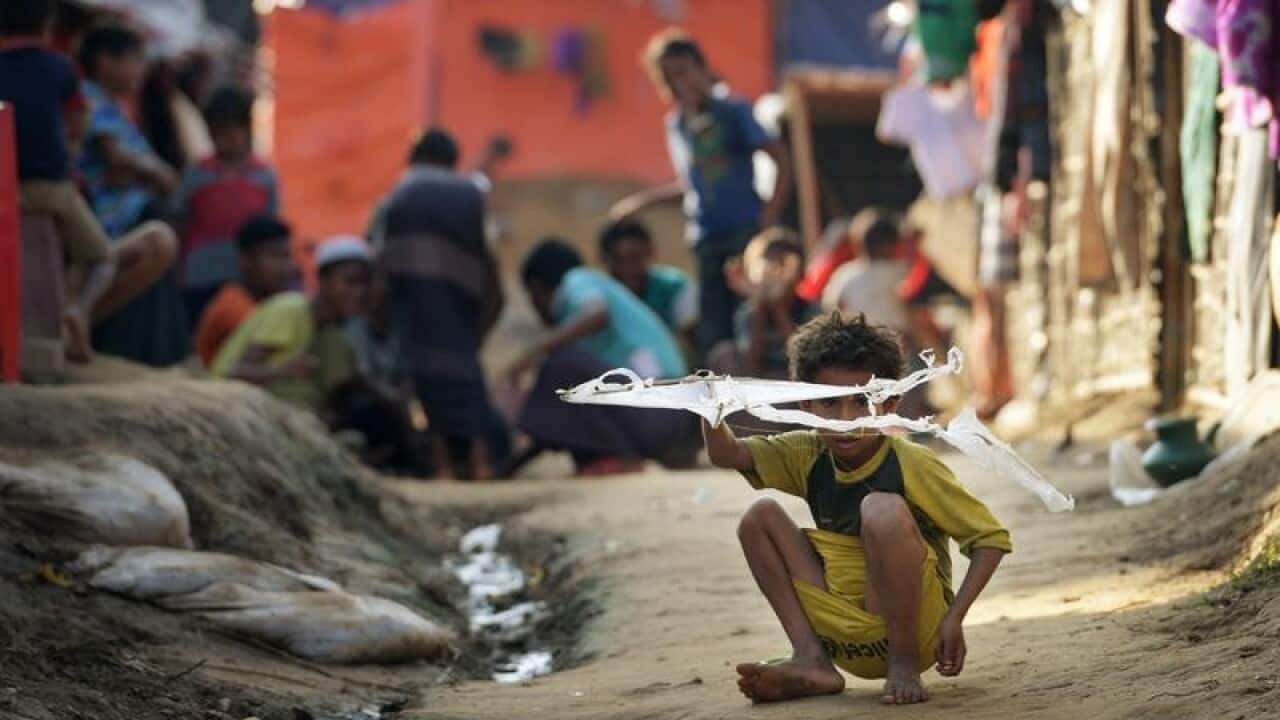 Australia will send at extra $18.4 million in aid to Rohingya refugees in Bangladesh. (AAP) Source: SBS

As monsoon rains bear down on Rohingya refugee camps in Bangladesh the Australian government has ramped up its assistance package.

Foreign Minister Julie Bishop on Wednesday announced an extra $18.4 million towards food, shelter and relocating people living in tents at risk from landslides.

Conditions in the camps are deteriorating amid heavy rain and an estimated 200,000 people are living on land vulnerable to floods and mudslides.

Advertisement
More than 700,000 people have fled to the camps near Cox's Bazar from neighbouring Myanmar since a military crackdown from August last year.

Among the atrocities, villages were burned, women raped and babies murdered.

The United Nations has dubbed the violence a text book case of "ethnic cleansing".

Myanmar is a majority Buddhist country and Rohingya Muslims face discrimination and are denied citizenship.

Australia's contribution to the Rohingya refugees has reached $70 million since last September.

The humanitarian boost comes amid a new report from aid group Plan that details the desperate plight of young girls in the camps.

Most had rarely left their family tents since arriving at the camp and older teens had no access to education.