Scott Morrison and his government have been forced to walk a fine line in appeasing Donald Trump and defending its role in the Russia probe. 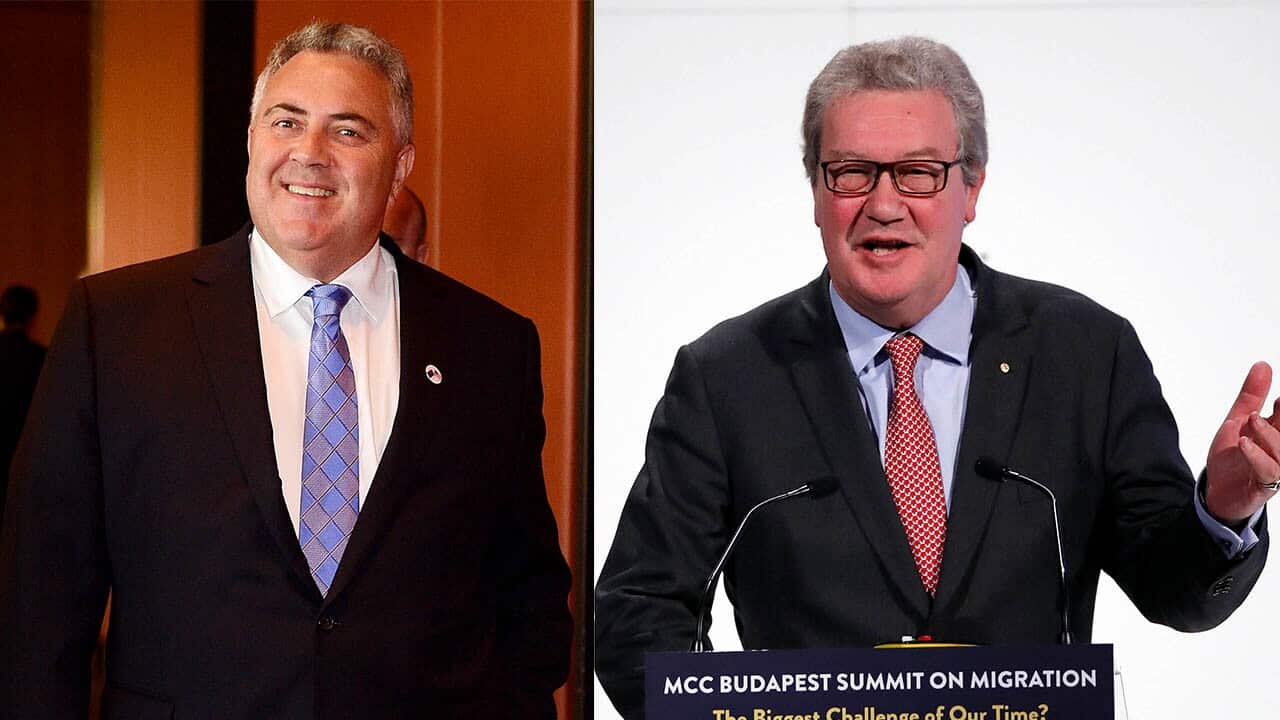 Australian Ambassador to the United States, Joe Hockey has come to the defence of Mr Downer. Source: AAP

The Australian government has publicly rebuked US Senator Lindsey Graham's claim that Alexander Downer was "directed" in 2016 to contact one of Donald Trump's election campaign advisers and pass the information to the FBI.

Australian Ambassador to the US, Joe Hockey, wrote to Senator Graham to assure him Australia was cooperating with US Attorney General William Barr's inquiry into the origins of the FBI probe into Russian links to the Trump election campaign.

Mr Hockey, however, called out Senator Graham's description of former Australian high commissioner to the UK, Mr Downer, as some kind of player in an FBI plan to obtain information from former Trump foreign policy adviser George Papadopoulos during a May 2016 meeting at a London bar.

Senator Graham is chairman of the US Senate's influential Judiciary Committee and one of Mr Trump's most vocal allies.

Mr Papadopoulos has alleged Mr Downer was "spying" on him at the bar.

"In your letter, you made mention of the role of an Australian diplomat," Mr Hockey, in Wednesday's letter to Senator Graham, wrote.

"We reject your characterisation of his role.

"As you have requested, we will work closely with the Attorney General to resolve any misunderstandings in this manner."

"It appears the United States law enforcement and intelligence communities relied on foreign intelligence as part of their efforts to investigate and monitor the 2016 presidential election," Senator Graham wrote.

"These efforts included ... accepting information from an Australian diplomat who was also directed to contact Papadopoulos and relay information obtained from Papadopoulos regarding the campaign to the Federal Bureau of Investigation."

Australia has been one of the few nations to avoid Trump's ire since his initial fiery phone call in January 2017, with then-prime minister Malcolm Turnbull.

In recent weeks an apparent strong bond was on display with the US president hosting Mr Morrison at a White House state dinner and meeting in Ohio for the opening of a paper recycling plant.

It also emerged this week Mr Trump asked in a phone call with Mr Morrison for Australia's assistance to help with Mr Barr's investigation.

Australia finds itself walking a fine line of appeasing the temperamental president, but also defending the nation's role in helping start the 2016 FBI probe into Trump-Russia links that led to US Special Counsel Bob Mueller's investigation.

Mr Mueller concluded in his final report the information Mr Papadopoulos told Mr Downer at the London bar "prompted the FBI on July 31, 2016, to open an investigation into whether individuals associated with the Trump campaign were coordinating with the Russian government in its interference activities".

Mr Trump has been under fire for asking Australia and other allies to assist Mr Barr in his probe.

On Thursday the president was criticised when he suggested China should also look into the Bidens, a call that drew comparisons to his pre-election request for Russia to expose Hillary Clinton's emails.