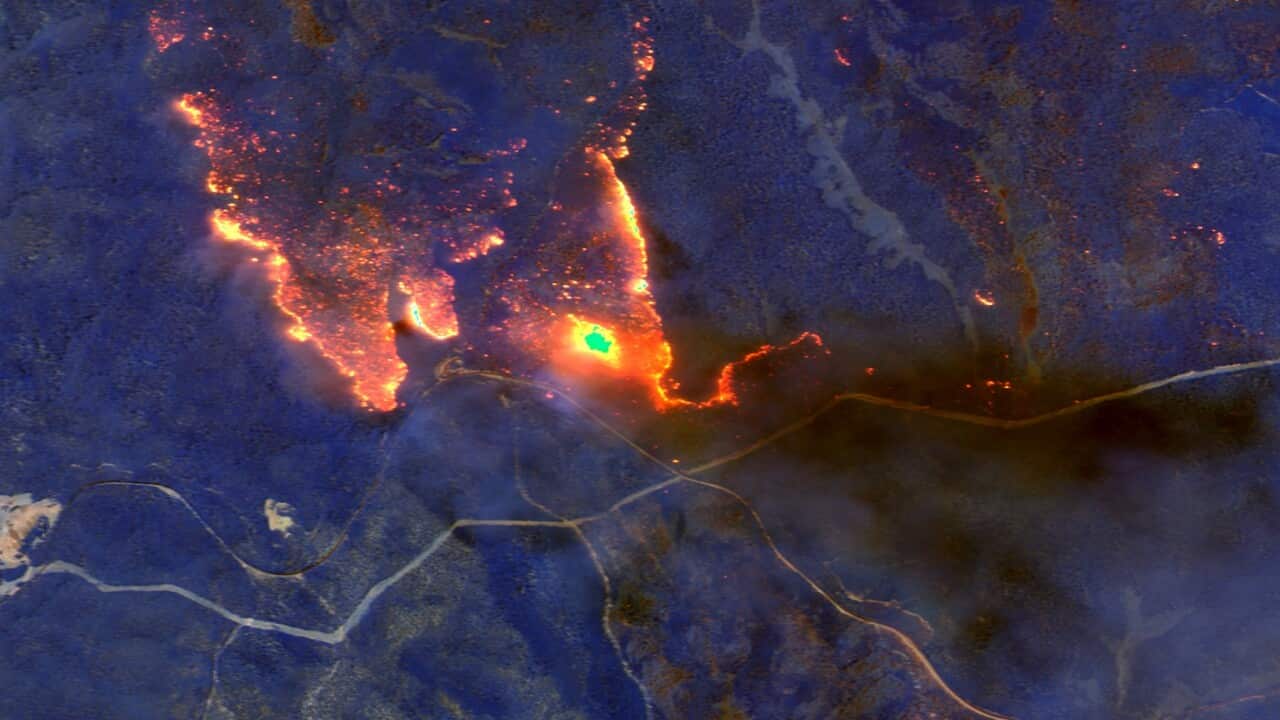 An Statellite photoshows wildfires east of Orbost, Victoria. The Bureau of Meteorology says 2019 was the warmest and driest year on record for Australia. Source: MAXAR TECHNOLOGIES

The year 2019 was Australia’s hottest and driest on record. Source: AAP

READ MORE
Four photos of Australia from space, before and after the bushfires