As Refugee Week begins, the federal government is being called on to increase its humanitarian intake, when it is safe to do so, in order to help combat the recession. 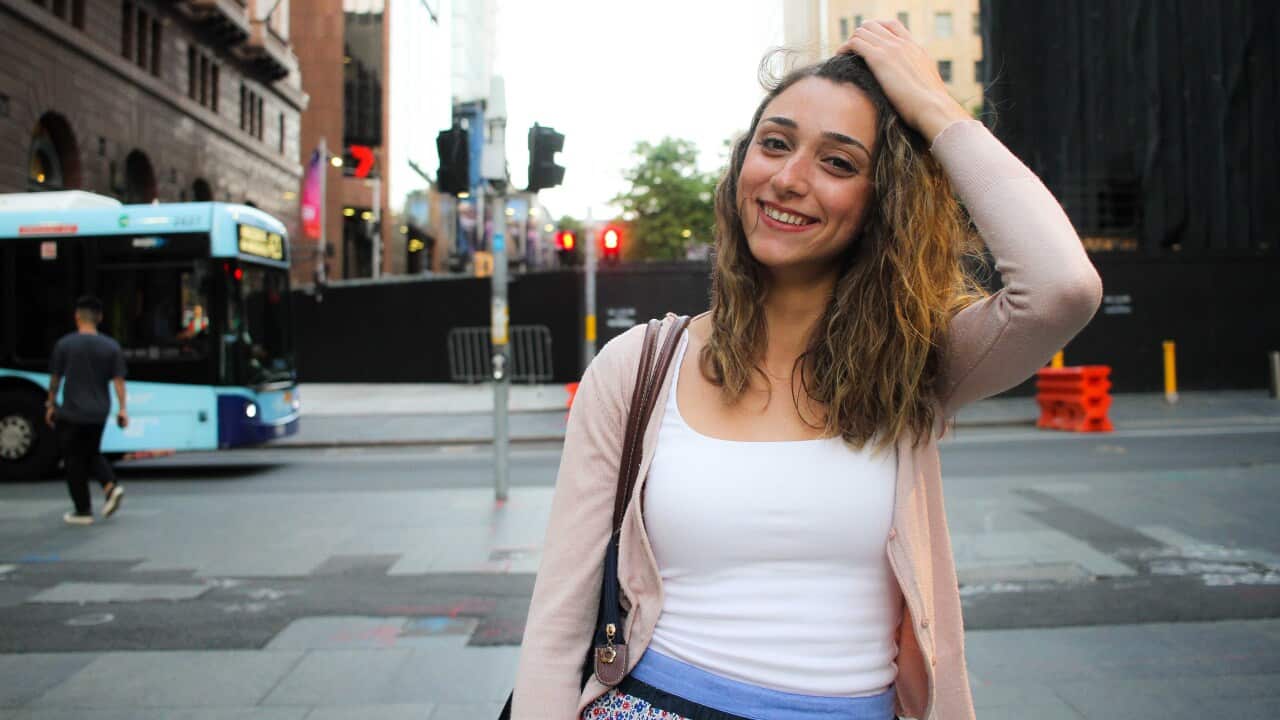 As Australia slowly begins its recovery from COVID-19, Nirary Dacho is urging the country not to forget about what he calls a "talent pool" of roughly 70 million displaced people.

Mr Dacho, who fled Syria and came to Sydney in 2015, said Australia should not shirk its responsibility for the world's refugee population after the pandemic, especially as they could play a valuable role in the country being able to bounce back.

"Some of these people have great experience, they could have been doctors, engineers or teachers back in their home ... It's a matter of how we can rethink or reframe their status," he told SBS News.

Mr Dacho said when it is deemed safe to do so, the federal government should consider increasing the number of refugees allowed into Australia if they have skills that can be utilised in the recovery and beyond.

"Allow them to come to Australia based on their skills, based on their experience, not just based on their humanitarian status ... The government should see refugees and asylum seekers as talent for their needs," he said.

UNHCR's annual Global Trends Report
, released in June last year, found nearly 70.8 million people were forcibly displaced at the end of 2018. More than 41 million of those were internally displaced and more than 25 million deemed refugees. The agency's figures for 2019 will be released on Thursday.

'We had to save ourselves'

Mr Dacho came to Australia as part of a one-off intake of 12,000 Syrians and Iraqis announced by the then-Abbott government in 2015. He fled Syria with his family as the country fell deeper and deeper into a brutal civil war.

"We had to save ourselves, this was the priority ... If any human being was faced with this situation, they would make the same decision," he said.

Mr Dacho described arriving in Australia as "starting from zero" but has since co-founded Refugee Talent, a web-based platform designed to connect refugees with work opportunities.

His entrepreneurship saw him make the Forbes 30 Under 30 List for the Asia-Pacific region in 2017.

But Mr Dacho said many barriers still remain for recognising the true economic potential of refugees in Australia.

"We still need more work in [how refugees transition to] employment - how can we utilise their skills and experiences? How can we help them to re-qualify and recognise their qualifications from overseas?" he said.

"The qualification recognition pathways are very complicated ... [Also] it's very expensive and really time-consuming. How can we change those pathways?"

Talar Hagob also fled war-torn Syria with her family and now lives in Sydney. The 24-year-old is from Aleppo, one of the hardest-hit cities of the conflict.

"In the six years we were living in Aleppo during the war, every day we were in danger. If we lived, we were lucky," she said.

"Coming to Australia was our only hope of staying alive."

Talar and her family. Source: Supplied

Since arriving three years ago, Ms Hagob has pursued graphic design work placements and employment through the Refugee Talent platform and now works at the Australia for UNHCR office in Sydney. She is also studying architectural design at university.

Ms Hagob said there are a number of misunderstandings some Australians have about refugees.

"Maybe they think refugees are not educated people ... That [refugees] don't know what life is," she said.

"But I'd assure them, that we were living the best life in Aleppo, but because of the war everything was turned upside down."

Ms Hagob said she still has family in the Middle East waiting in limbo, who she is very worried about.

Fears of being forgotten

Treasurer Josh Frydenberg confirmed Australia was in recession earlier this month, with a report by the Organisation for Economic Cooperation and Development finding the economy could contract by 6.3 per cent if there was a second wave of COVID-19 infections.

Associate Professor Betina Szkudlarek of the University of Sydney Business School said both newly-arrived refugees and those still stranded internationally can have an "important role" in Australia's economic recovery.

"I definitely believe that with all the resilience that refugees have had to build throughout their lives, they can be very strong contributors to the economy post-COVID," she said.

READ MORE
This is what happened to Australia's 12,000 refugees from Syria and Iraq

"Our research has clearly shown that organisations who hire refugees were extremely impressed with their hard work, commitment and loyalty ... We have seen tangible contributions to the economy that refugees are already making," she said.

"A lot of research has also shown that as it is often difficult for refugees to penetrate the regular job market, they are really great at setting up businesses - they make great entrepreneurs. We have examples throughout the world of some of the most successful companies being established by refugees."

Men carry babies through rubble in Aleppo in 2016. Source: AAP

Last year, modelling by Deloitte Access Economics and commissioned by Oxfam found that
increasing the annual humanitarian intake to 44,000 by 2023 would boost Australia's economy by almost $38 billion over the next 50 years
.

But Associate Professor Szkudlarek said she was worried that
racist sentiment seen during the pandemic
could continue.

"The government needs to really send out a message that refugees are not a danger, on the contrary - they can be a very strong force in rebuilding the economy. They should not be left out in this discussion," she said.

"Our big fear is that refugees will just be simply forgotten because everyone else is a priority now."

"Australia has been involved in the UNHCR resettlement program since 1977 and has consistently ranked as one of the top three resettlement countries in the world," material from the Parliament of Australia website says.

"Successive governments have [also] made ad-hoc announcements that specific groups of refugees are to be resettled to Australia. Often these announcements are in response to mounting public pressure for humanitarian intervention."

Australia's annual humanitarian program rose from 13,750 to 18,750 under the current government.