World leaders have tuned into a European Union pledge marathon overnight to raise money to develop a coronavirus vaccine, with Australia pledging $352 million. 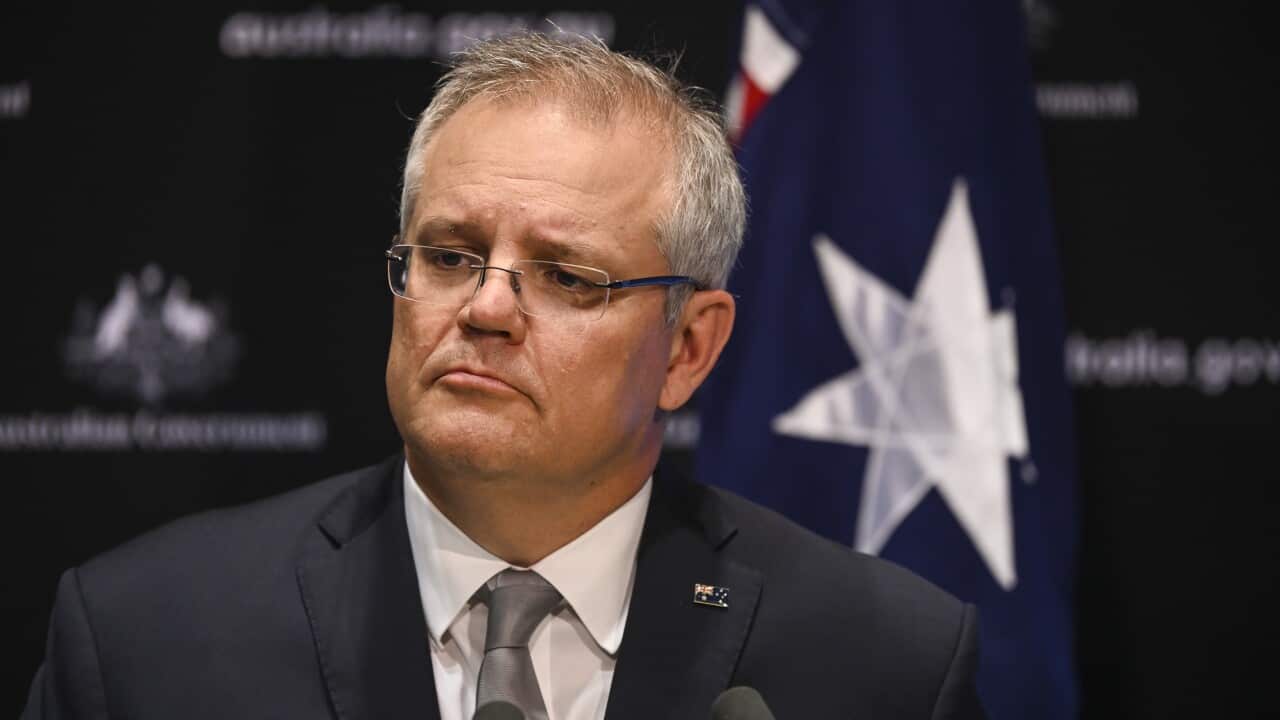 The prime minister stumped up the cash at a fundraising conference attended by world leaders overnight.

Advertisement
"COVID-19 is putting us all to the test and it is a test we are all rising to," Scott Morrison said.

Most of the Australian money will go to local vaccine research projects at the CSIRO, Doherty Institute and the University of Queensland.

Two European research institutes will receive $15 million from Australia to develop a vaccine and diagnostic tools.

"This is a great shared project by the peoples of the world with a clear purpose to find that vaccine," he said.

Despite US President Donald Trump snubbing the fundraising effort, the World Health Organization hailed the 7.5 billion euro haul as a "powerful" show of global solidarity.

The world is desperately hunting a vaccine for the disease that has killed nearly 250,000 people across the planet and infected 3.5 million since it emerged in China late last year.

Countries are keen to lift lockdowns imposed on half the planet that have sent the world economy into a tailspin, but there are fears doing so too early could cause a second wave of the pandemic.

"We are feeling a mix of joy and fear," 40-year-old Stefano Milano said in Rome.

"There will be great happiness in being able to go running again carefree, in my son being allowed to have his little cousin over to blow out his birthday candles, to see our parents," the father-of-three said.

Italian restaurants reopened for takeaway orders, but bars and ice cream parlours will remain shut. The use of public transport is being discouraged and everyone will have to wear masks in indoor public spaces.

Spain and Portugal made face masks mandatory on public transport starting Monday as they further eased their lockdowns.

In Germany people queued up at hair salons as they finally reopened, while Slovenia, Poland and Hungary also allowed public spaces and businesses to partially reopen.

"I looked like Robinson Crusoe," joked 87-year-old Helmut Wichter as he emerged clean shaven from a barber in Berlin.

But a vaccine is widely seen as the only real hope of avoiding more deaths from a once-in-a-century pandemic and bringing back normality to the world.

Leaders of major European powers along with Japan and Canada made the biggest pledges, along with philanthropists including Bill and Melinda Gates, at the videoconference hosted by European Commission chief Ursula von der Leyen.

They called for cooperation and not competition in the search for a cure that could not only be potentially lucrative but also spark fights over who gets access to a vaccine first.

"This was a powerful and inspiring demonstration of global solidarity," WHO chief Tedros Adhanom Ghebreyesus said of the donations.

But the shine was taken off the pledges by the absence of the United States, with Trump in open warfare with the WHO over its handling of the pandemic and its relationship with China.

Mr Trump - fighting for reelection in November - said Sunday that the United States will have a coronavirus vaccine ready by the end of the year.

His prediction was met with skepticism in some quarters, with Germany's Health Minister Jens Spahn warning it could take years for anyone to develop a vaccine.

With 30 million Americans out of work and his poll numbers sagging, Mr Trump has increasingly taken to blaming China for the coronavirus outbreak.

China's state broadcaster on Monday attacked US Secretary of State Mike Pompeo for "insane" remarks in which he said the virus originated in a laboratory in Wuhan, the city where the pandemic first emerged.

The WHO also risked a fresh clash with President Trump, saying it had received no evidence on the "speculative" Wuhan lab claims.

The renewed tensions between the US and China - the world's two biggest economies - set financial markets on edge on Monday from Asia to New York.

Graffiti depicting US President Trump, right, and China's President Xi Jinping kissing each other with face masks, displayed at a wall in Berlin, Germany. Source: AP

The United States has the most coronavirus deaths in the world at more than 67,600.

Mr Trump had initially played down the virus, before later warning that it could cost 60,000 lives, but on Sunday he acknowledged a higher eventual death toll of between 75,000 and 100,000.

"That's a horrible thing," he said.

Many parts of Asia have, however, begun to inch towards a post-pandemic life, with schools in the Vietnamese capital Hanoi reopening on Monday after two weeks without new infections anywhere in the country.

Malaysians headed back to work, while Australia and New Zealand discussed creating a "trans-Tasman bubble" that would allow travel between the two countries.

But regional heavyweight Japan extended its state of emergency to the end of the month, despite a comparatively small-scale outbreak.

The disease continued its march in some places.

Russia is rapidly becoming Europe's black spot, with officials in Moscow urging residents to stay home in an effort to tamp down the growing daily tally of new cases.

"The threat is apparently on the rise," Moscow mayor Sergei Sobyanin told citizens.

READ MORE
100 days of coronavirus in Australia: How an unexpected pandemic changed the world forever