New Zealand's Prime Minister Jacinda Ardern says the offer to take 150 refugees from Manus Island is still under 'active consideration' by Australia, however, Malcolm Turnbull says the government will not be taking up the offer at this time. 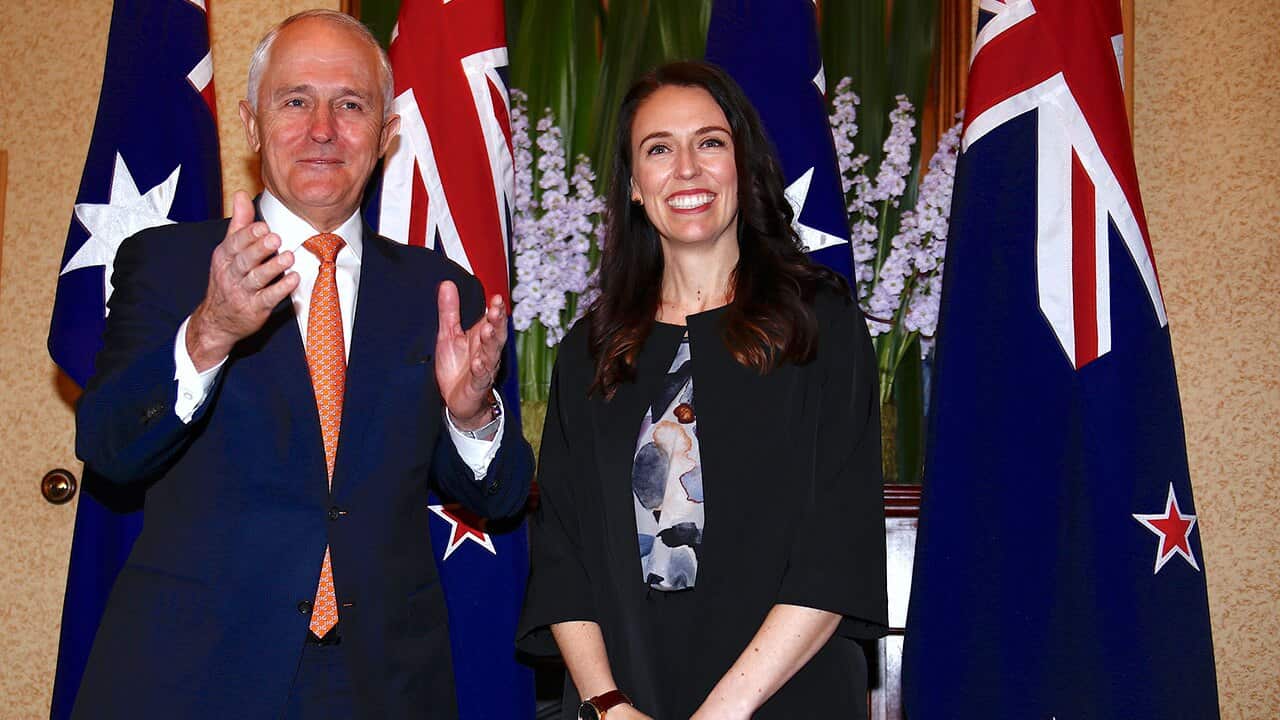 Prime Minister Malcolm Turnbull has declined a long-standing New Zealand offer to resettle 150 refugees but kept the door open to further talks on the issue, as the Manus Island detention centre standoff enters its fifth day.

He said the US refugee resettlement deal was the priority and then "in the wake of that obviously we can consider other ones".

Advertisement
New Zealand's Prime Minister Jacinda Ardern said the offer to take 150 refugees from Manus Island is still under "active consideration" by Australia, however, Malcolm Turnbull says the government will not be taking up the offer at this time.

Speaking after their talks today, Ms Ardern confirmed she had renewed New Zealand's offer to take 150 refugees from Manus Island and Nauru.

"New Zealand holds an obligation, generally, to make sure that we maintain our obligations to the United Nations and the international community to take refugees," she said.

"It is a very genuine offer. As I've said in New Zealand, we of course, do not have the circumstances that Australia is operating under, we can also not ignore the human face of what Australia is dealing with as well. The offer is very genuine and remains on the table."

However Turnbull said the offer had not been accepted: "We thank New Zealand for making an offer, we are not taking it up at this time."

Ms Ardern said the offer was still under "active consideration by Australia".

"I absolutely understand the priority that has been placed on the offer with the agreement to the United States.


"That will lead to a substantial number of those who have refugee status being resettled. There is a lot being placed on offer, of course, from the perspective of New Zealand we want our offer to stay on the table so we can assist as much as we are able."

So far 54 refugees have been resettled in the US.

More than 600 refugees and asylum seekers have barricaded themselves in the mothballed detention centre on Manus Island, which closed on Tuesday.

Food and drinking water has run out and the group is too scared to move to alternative accommodation in the main township out of fear they'll be attacked by locals.

"We should give consideration to what New Zealand is offering," former immigration minister Kevin Andrews told Sky News on Sunday.