The push - backed by Uighur communities in Australia - comes amid mounting evidence of reported human rights abuses against the Muslim minority. 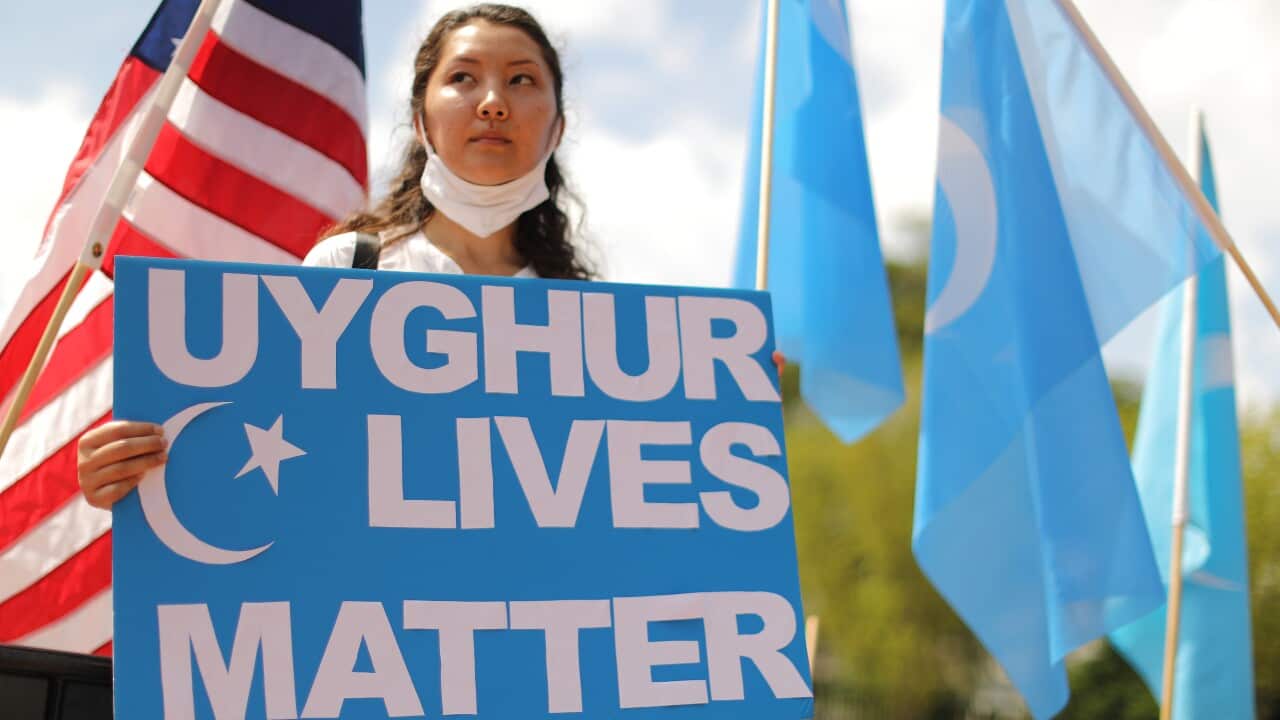 The Australian government is facing calls to follow the United States and Canada in declaring China's repression of Uighur minorities as "genocide".

The push - backed by Uighur communities in Australia - comes amid mounting evidence of reported human rights abuses against the Muslim minority - including torture, forced labour and the sterilisation of women.

Canada's parliament this week voted to recognise the Chinese government's alleged campaign against the minority as genocide. The US state department in January declared China has perpetrated genocide against Uighurs in the Xinjiang region.

Uighurs in Australia are now calling on the government to adopt the same stance - saying the description truly recognises the hardship experienced by their people.

“This type of genocide is [a] crime against humanity. Australia should not be sleeping until all Western countries are recognising the Chinese genocide of Uighurs."

The United Nations has cited reports that at least one million Uighurs have been held in political re-education camps in Xinjiang, where the reported human rights abuses have been documented.

Canadian lawmakers on Monday approved a non-binding motion to declare China's actions against Uighurs and other Muslim minorities in Xinjiang as genocide.

Mr Trudeau himself has been hesitant to label China's actions against the Uighur minority in Xinjiang a genocide, calling the term "extremely loaded".

Both the current and former US Secretaries of State, Anthony Blinken and Mike Pompeo, have said the treatment of Uighurs amounts to genocide.

Britain has also strengthened its rhetoric against China's actions in Xinjiang, with foreign secretary Dominic Raab warning China's "reported abuses" in Xinjiang were taking place on an "industrial scale."

“Use of that label is potentially controversial - at the same time you can make a very strong case on the basis of the evidence that we do have,” he told SBS News.

Dr Clarke said he believed on the “balance” of evidence the Australian government should also be considering making the determination.

“The complicating factor for Australia is the deep hole that our bilateral relationship with Beijing is in at the moment,” he said.

Genocide has a legal definition under Article II of the UN Convention on the Prevention and Punishment of the Crime of Genocide - of which China is a signatory.

This definition involves acts committed with the intent of destroying, in whole or in part, a national, ethnical, racial or religious group.

It includes killing members of the group, causing serious mental or bodily harm or measures aimed at bringing cultural or physical destruction.

Dr Clarke said making the claim of genocide appeared to be an attempt to hold the Chinese government responsible for the reported abuses documented in Xinjiang.

"This is the difference between holding states to account with respect to the UN convention on genocide as opposed to going through something like the international criminal court," he said.

The Australian government has consistently raised deep concern over human rights abuses in Xinjiang and joined other countries at the UN Human Rights Council in calling on China to end its detention of the ethnic minority.

It has also backed calls for an independent UN investigation to be given “unfettered” access into Xinjiang to investigate the reported abuses.

But Australia has so far stopped short from joining the United States and Canada in labelling China’s treatment of Uighurs as genocide.

Independent Senator Rex Patrick has also backed calls for Australia to describe China's treatment of Uighurs as genocide, saying its systematic oppression of minority is “undeniable.”

“It is high time Australia joined with, Canada and the US in declaring China’s treatment of Uighurs as genocide,” he told SBS News.

“The Australian government is falling out of step with some of our closest allies on the matter of the [Chinese Communist Party’s] persecution of the Uighurs."

Labor Senator and the co-chair of the Inter-Parliamentary Alliance on China, Kimberley Kitching, said the position sent a “strong message the international community can no longer ignore the reality of what is happening.”

Beijing has hit back at accusations it has engaged in genocide in Xinjiang - labelling this “fabricated out of ignorance and prejudice”.

Amnesty International Australia campaigner Kyinzom Dhongdue told SBS News the onus was on China to prove that genocide is not happening in Xinjiang in the face of “ever-mounting evidence”.

“If China has nothing to hide, it should allow truly independent human rights monitors immediate and unfettered access to Xinjiang – something it has steadfastly refused to do so far,” she said.