Australia will spend up to $250 million housing Manus refugees

When the detention centre closes this month, many refugees will still need temporary access to government housing and hotels. 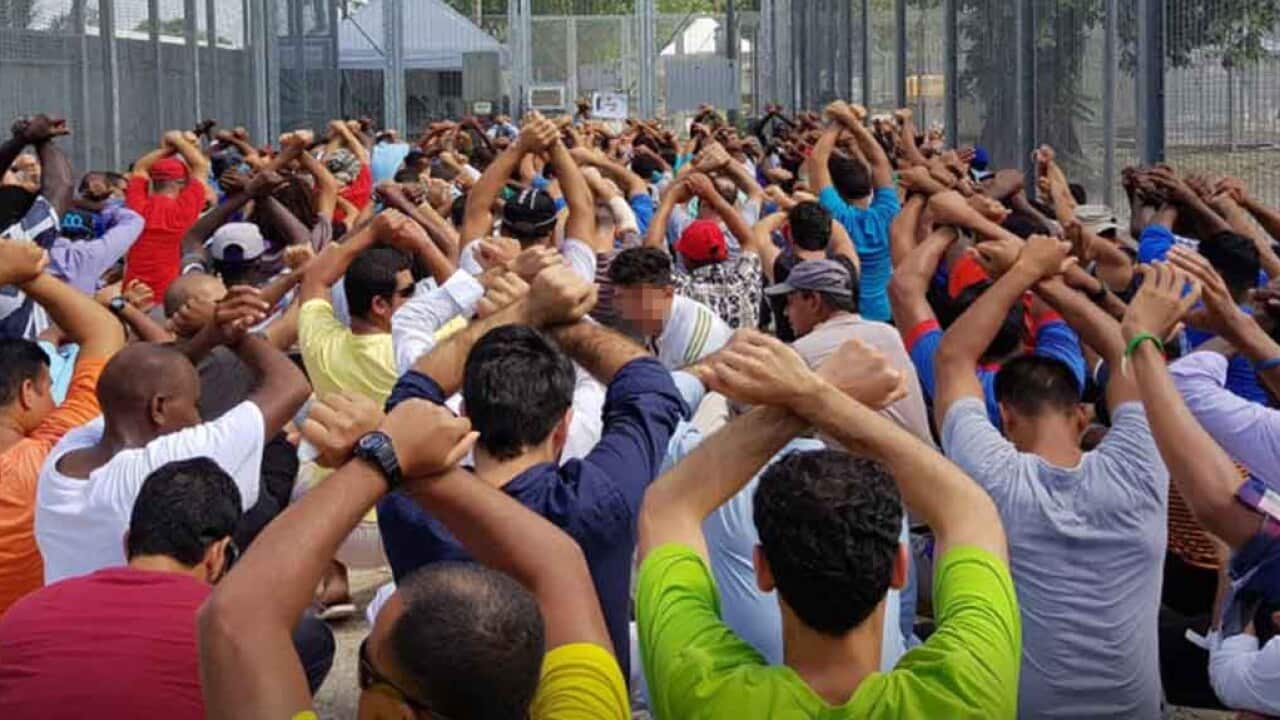 A protest on Manus Island in August 2017. Source: Facebook

Australia will spend between $150 and $250 million housing the remaining refugees and asylum seekers elsewhere on Manus Island for 12 months after the detention centre closes, immigration officials estimate.

The government’s detention centre on Manus will close at the end of October,  but hundreds of refugees and asylum seekers will still need to stay in government housing and hotels because they are yet to be settled under a deal with the United States or within Papua New Guinea.

Electricity, water and food supplies at the main Manus detention centre will be cut off at the end of October, and anyone remaining at the camp may be "trespassing", the head of the Immigration Department told a Senate Estimates hearing.

Those remaining will be settled in government-run accommodation around the Manus Island area capable of housing up to 700 refugees, between two sites at East Lorengau and West Lorengau. A third site called Hillside House can hold up to 198 certified non-refugees.

The department has also booked 48 beds in PNG hotels to help fill the gap until construction of the housing is complete.

Immigration officials said the total cost of housing the remaining population – including security, food, employment services and healthcare – will cost between $150 and $250 million for 12 months, depending on the final contracts and how many refugees are taken by the US.

"It's actually quite a tight estimate given the variables that we deal with," Michael Pezzullo, the head of the department, told the Senate on Monday.

“We are very mindful of costs and value for money,” he said, stressing the ongoing costs were still less than the cost of operating the detention centre.

Greens senator Nick McKim said the government was trying to "starve out" the refugees remaining in the detention centre by cutting off food, water and power after October 31.

"Don't you think you're risking a human rights disaster here and potentially a mass loss of life?" he asked.

Immigration officials responded that the services would be offered at the new facilities elsewhere on the island.

"I reject any assertion that this department has been torturing anyone," Mr Pezzullo said.

Mr Pezzullo said the contracts with private service providers were "designed" so they could be taken over by the PNG Government later on, but said there was currently no deal in place.

There are around 606 people remaining on Manus Island.

So far, 54 people have moved to the US under a settlement deal that could see up to 1,250 people settled there. A further 52 people have accepted a $25,000 payment to return to their countries-of-origin, and are expected to be home by the end of the year.