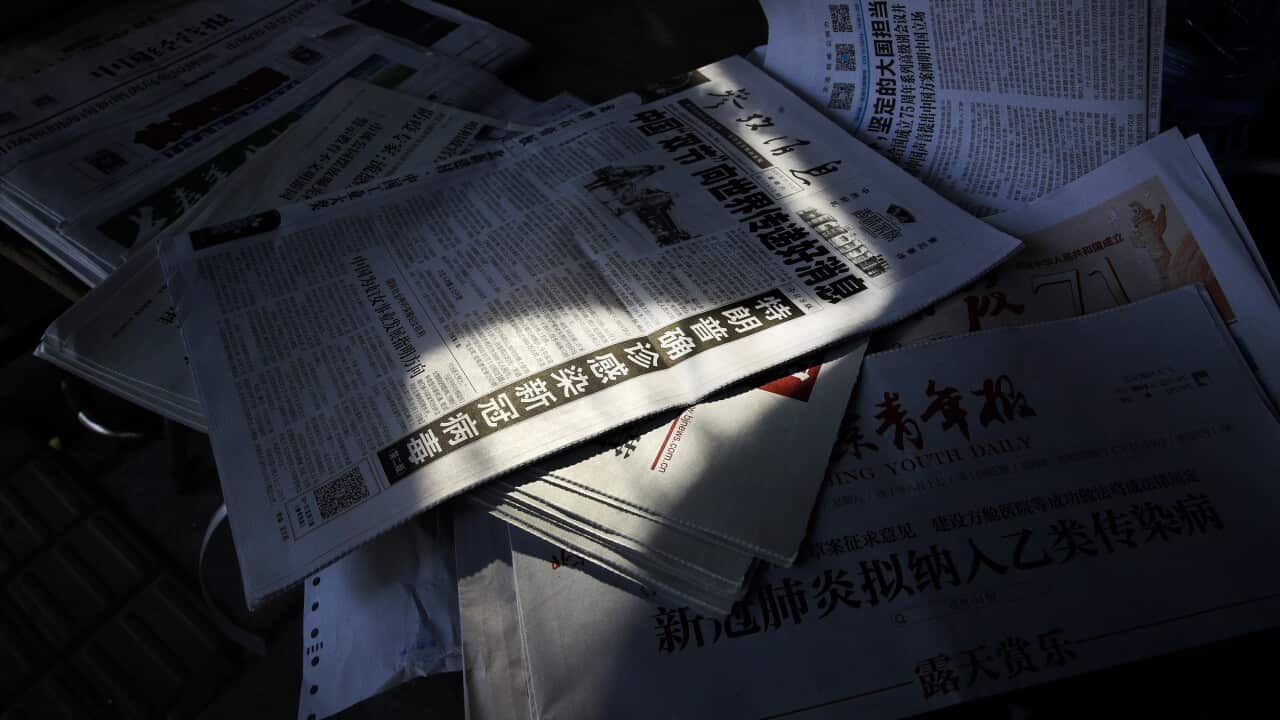 A file photo of a newspaper in mainland China. Source: AP

Chinese language community media outlets in Australia are publishing news censored by translators they use in China to avoid potential repercussions in Beijing, an Australian think tank says.

A new report by the Lowy Institute has found that staff working in mainland China exercised self-censorship when translating news stories taken from mainstream Australian media into Chinese for community newspapers because they feared retribution by the Chinese authorities over any content perceived as negative.

Publishers can also risk a financial impact if content is blocked on Chinese social media platforms, said the report, which was funded by the Australian government.

Chinese media in Australia have come under scrutiny for perceived links to China’s ruling Chinese Communist Party, said the author of the report, academic Fan Yang, and Canberra is worried about growing Chinese government influence in Australia.

The study of 500 news stories, and interviews with media executives, found self-censorship by the outlets did not mean they were politically aligned with Beijing.

"Self-censorship is involved in the news translation process as Chinese media professionals are concerned about the potential penalties that Beijing might impose on their employees, their families, and the revenue of their media organisation," the report said.

The latest report recommended increased monitoring by the Australian media regulator to reduce the risk of propaganda reaching migrants through digital platforms.

Several media executives interviewed for the report said translators in China "decide what is newsworthy for a Chinese migrant audience".

The study examined three media outlets, including two daily newspapers with circulations of around 20,000, and a digital news service that used Chinese social media platforms Weibo and WeChat to reach a bigger audience of 600,000.

Translations of stories published by mainstream Australian media outlets made up 97.8 per cent of the content.

"Politically sensitive topics or criticisms against the Chinese government would put our staff members or their families at risk. We don't want them or their families to get detained in China," an interviewee was quoted as saying in the report.

Australia introduced a foreign interference law in 2018 that has increased scrutiny of political donations by Chinese Australians, and led to a police raid on Chinese state media outlets last year.