As China, the world's largest producer of rare earth metals, scales back its export operations, the future of Australia's industry is under a cloud. 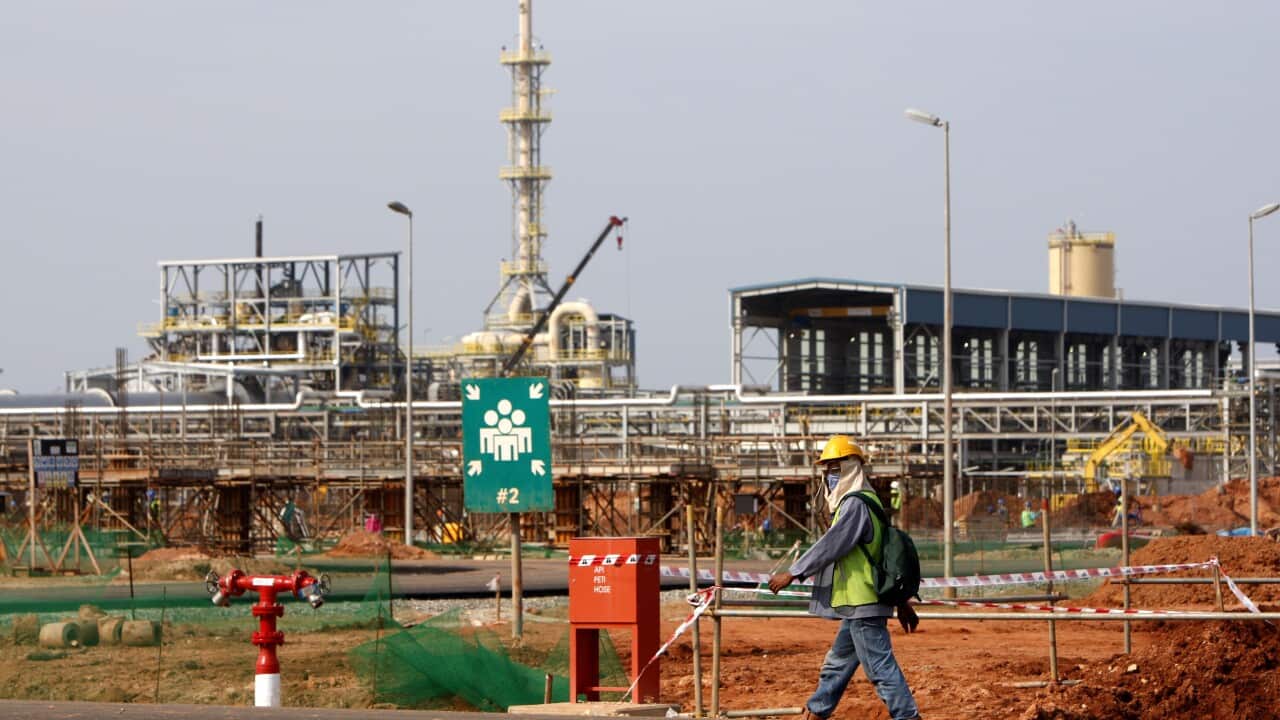 A worker walks at the site of the under construction Lynas rare earths plant in Malaysia. Source: AP

The Chinese government has announced a slashing in the production of rare earth metals, a type of metal used in a range of high-tech products from mobile phones to wind turbines and electric cars.

The country, which is the largest producer and consumer of rare earth metals, has cut its quota for the separation and smelting of rare earths by 36 percent, Reuters reported last week.

China produces roughly 80 per cent of the world's rare earth metals and the move will likely send global prices skyrocketing.

Advertisement
Meanwhile, the joint Australian-Malaysian rare earths operation run by Perth company Lynas, the only major production plant outside of China, is having its own problems.

Earlier this month, the Malaysian government launched a broad parliamentary inquiry into the mine and the management of its radioactive waste.

The Australian company mines rare earth metals in Western Australia before shipping them to Malaysia for processing.

A worker walks at the site of the under construction Lynas rare earths plant in Malaysia. Source: AP

Resources analyst Dylan Kelly from finance group CLSA told SBS News: “It is really critical in a strategic sense as the only real rare earth producer outside of mainland China and one that is high in quality and it is highly sought after in terms of strategic interest, not just for the Japanese, but also the US.”

But questions remain over the management of radioactive waste from the plant and what long-term solutions are in place for its management.

The company’s current long-term waste management plans involve repurposing that waste into a soil fertilizer product, but Professor Mudd says not enough has been done yet to guarantee the by-product would be safe.

“Historically the rare earths industry hasn’t got a good track record in being able to demonstrate that safety case,” he said.

While the current government inquiry appears unlikely to shut the processing plant down in its entirety, Professor Mudd says more can be done in terms of increasing environmental reporting and public disclosure around the plant.

Lynas declined to comment to SBS News ahead of the inquiry, but in the past has defended its waste management practices as safe and transparent.

When the plant was approved in 2012 it set a wave of protests by thousands of concerned locals, which was largely ignored by the government.

But with the Opposition coming to power in a surprise election victory in May, the new government is taking a closer look at the plant.

“The company has to think about how they dispose of their radioactive waste, because Malaysians, especially people of [the city of] Kuantan, will not except the waste being left ... dumped in our backyard, as it is right now,” she said.

The inquiry is due to report back to the government before the end of the year.