Biostatistics professor Lukman Thalib has strongly denied any connection to terrorist activity, months after he was released without charge from detention in Qatar. 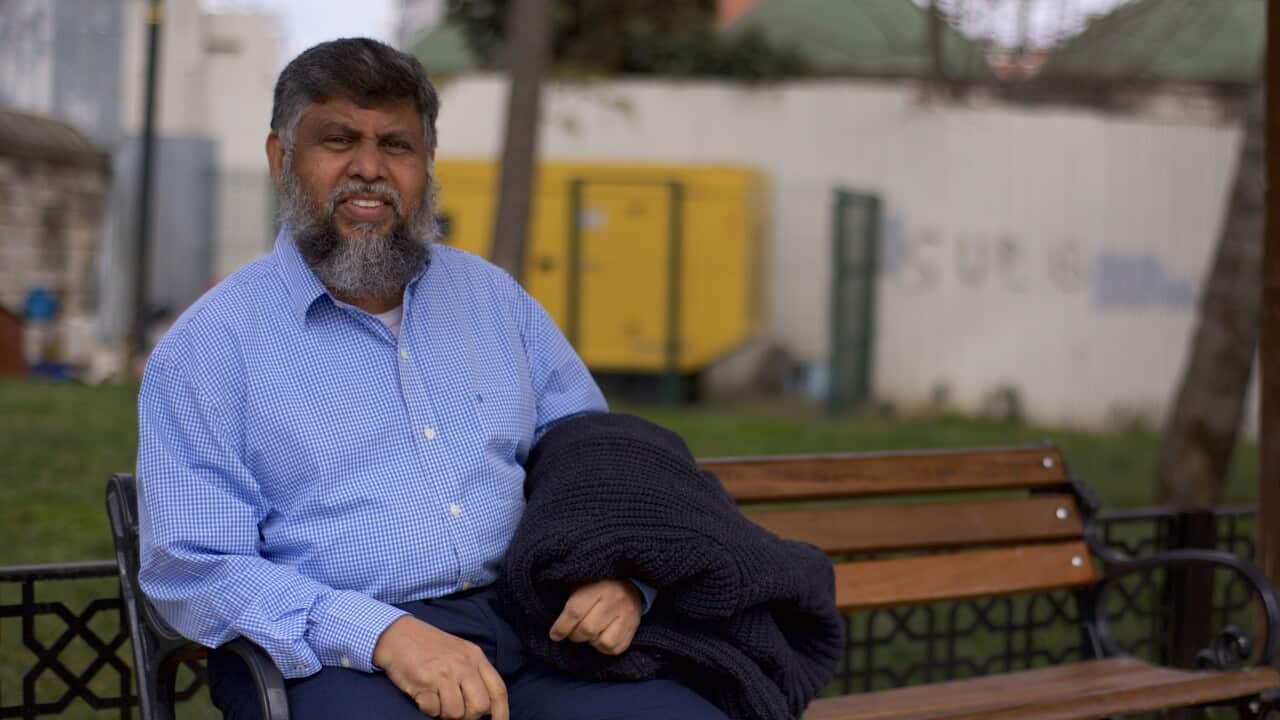 Australian Lukman Thalib in Turkey, where he is recovering after being released from detention in Qatar. Source: Supplied

An Australian professor who was detained and allegedly tortured in Qatar has separately been named by a Sri Lankan government probe into the deadly Easter Sunday terror bombings.

Australian citizens Lukman Thalib, 58, and his son Ismail Talib, 24, were arrested at their home in Qatar on 27 July and imprisoned for almost six months without charge before being released without warning in January this year.

Advertisement
In February, a Sri Lankan government inquiry finalised its report into the 2019 Easter Sunday attacks, a series of suicide bombings that killed more than 250 people in Colombo.

The Sri Lankan government report, which hasn’t been released publicly but has been seen by SBS News, accused Professor Thalib and a close relative of facilitating the travel of members of terrorist groups to Syria for arms training.

Professor Thalib has strongly denied any connection to terrorist activity, and has threatened to sue the Sri Lankan government for defaming him.

There is no suggestion his arrest in Qatar was linked to the Sri Lankan government's report.

Professor Thalib said he had spent most of the past 30 years outside of Sri Lanka, where he was born, only travelling back for short periods to visit his mother before her death.

“The allegations regarding contact between myself and the Easter Sunday attackers are completely slanderous and malicious in nature,” Professor Thalib told SBS News in a written statement, provided via his daughter in Turkey.

“My family and I are innocent and have nothing to hide.

“We demand answers as a family and are pursuing all legal channels against the numerous violations we have been subjected to.”

But the Thalib family say they have been made a “scapegoat for crimes that they have not committed”.

In the final report, produced as part of the Presidential Commission of Inquiry on the Easter Attacks, the commission recommends an “ongoing criminal investigation” into the possible role of Professor Thalib.

READ MORE
‘Shook us to our core’: Daughter of Australian professor detained in Qatar pleads for answers

Speaking out in the wake of his release, Professor Thalib also took aim at the Australian government for failing to adequately support him and his son while they were detained and allegedly tortured in Qatar.

He told SBS News he only received one consular visit in prison, four months after he was arrested.

During this visit, Professor Thalib alleged that he and his son had been tortured in prison. He said Australian embassy officials had downplayed this fact.

“On the contrary, he had told my wife that we were doing very well and looked ‘healthy’,” he said.

“I was seriously questioning if I would survive this ordeal as my health had deteriorated considerably.”

The father-of-four, who was working on Qatar’s coronavirus task force prior to his arrest, said his family were seeking “answers and accountability” about the Australian government’s response to their detention, including when they were first made aware of it.

“The Australian government failed in their duty to protect me and my son,” he said.

“We are left with irreversible damage to our health and lives and need some closure as to why we did not receive the support we were in dire need of during this ordeal.”

He said both him and his son faced “severe torture” in prison, including being prevented from sleeping for days and long periods of isolation.

Over the almost six months he lost more than 25 kilos, he said, and suffered extreme anxiety.

“I began to lose trust in everything and everyone. At times, I thought I lost my mind. I was prepared to do anything to get out,” he said.

“I have been through so much excruciating pain that it continues to scar me till this day.”

A Department of Foreign Affairs and Trade spokesperson told SBS News the men were provided with consular assistance in line with Australia’s obligations.

This “included two visits to the men in detention and advocacy to the Qatar authorities for consular access and their welfare,” they said.

Professor Thalib was unable to contact his family for almost 40 days after his arrest on 27 July and they were given no information about his location or wellbeing.

The government’s
travel advice
for Qatar warns that Australian officials may not be notified when an Australian is arrested or detained.

Professor Thalib and his son are currently staying with family in Turkey.