Universities have announced they will be flexible in creating arrangements for students who have been caught up in areas affected by the coronavirus to continue their studies as the semester begins next month. 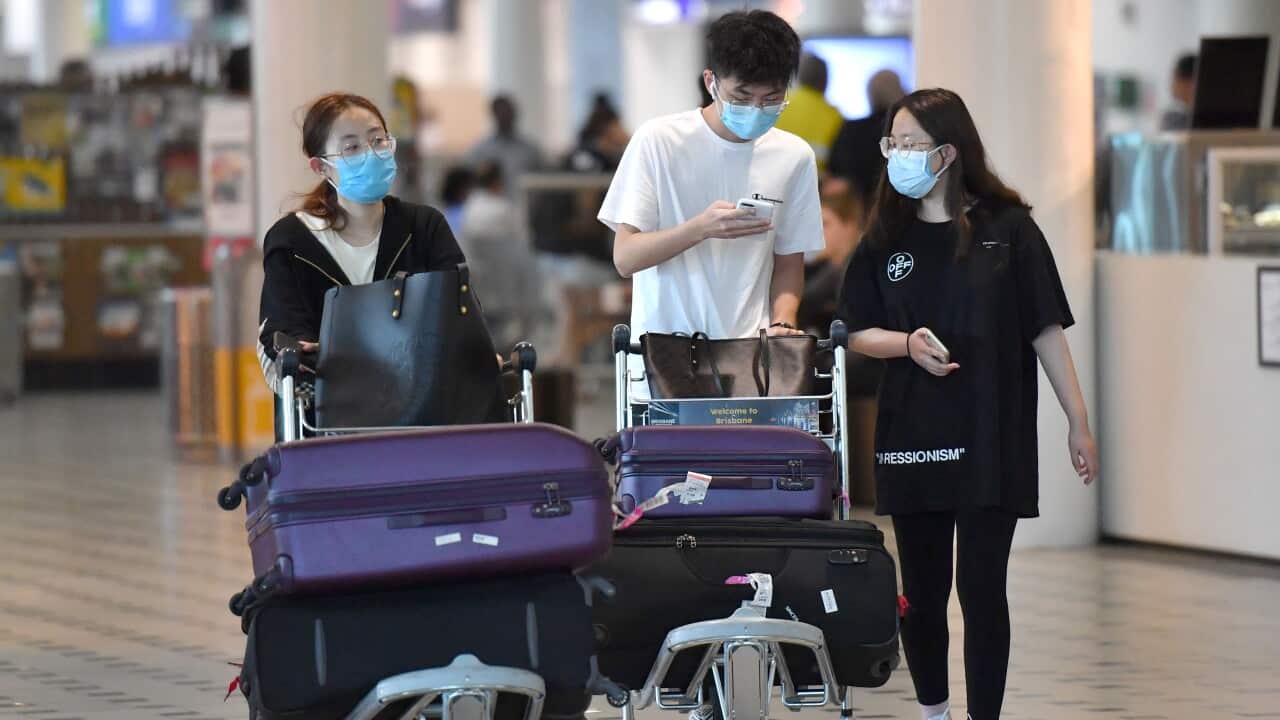 A number of Australian universities have ramped up their response to the
novel coronavirus outbreak
after a University of New South Wales student living on campus, who had recently travelled to Wuhan, was confirmed to have contracted the disease.

The outbreak comes as Australia’s thousands of Chinese international students prepare to begin the new semester next month, raising additional questions over how delays travelling from affected areas and quarantine periods would be managed.

Australia’s largest university, Victoria’s Monash University, on Wednesday announced they would be deferring summer school exams scheduled for next week due to the threat, while the University of Sydney (USyd) launched an internal pandemic response group to make “high-level decisions” regarding the outbreak.

Advertisement
The fifth Australian case of coronavirus has been confirmed as a 21-year-old UNSW student. Source: AAP

“Commencing students who have been impacted and are unable to travel to commence their studies will have the option to defer or have their fees refunded,” a USyd spokesperson said.

The USyd Student Representative Council (SRC) has also announced it would be cancelling all face-to-face meetings between staff members and students due to the virus, also known as 2019-nCoV, and would instead hold them over Skype.

SRC President Liam Donohoe told SBS News that the decision was made due to the potential that large numbers of people would be returning to the university from affected areas.

“We did not want to create some kind of policy that said only some students can access the SRC, and others cannot access the SRC,” he said. “So we thought the best resolution in light of that was to make it a blanket restriction.”

Mr Donohoe said there were a number of students who were concerned about how the outbreak would affect their studies.

“That’s precisely why we’ve been trying to push the university, and we will be pushing the pandemic response group, to provide a lot more certainty and make some pretty clear decisions now,” he said.

“Particularly with respect to whether or not they will be accepting students back … and secondly, regardless of whether they choose to restrict students or not, some students are going to be subject to at least some form of quarantining, so it’s really important the university comes up with a clear way to deal with that.”

As of October last year, there were
more than 730,000 international students in Australia
, with 28 per cent of this total hailing from China.

The University of New South Wales (UNSW), which confirmed earlier this week that a 21-year-old student of the university had contracted the disease while in China, said the semester would be proceeding as normal, but students unable to travel from the Hubei province would be able to defer their studies without financial penalty.

The Australian National University (ANU) in Canberra also said it was currently operating as “business as usual” and events marking the beginning of the semester would go ahead as planned.

“We are committed to supporting the academic success of our students and ensuring the semester proceeds as normally as possible and will use a high degree of flexibility as needed,” ANU Vice-Chancellor Brian Schmidt said in a statement.

“This includes alternative arrangements for students who may not be able to travel back to Australia from affected areas, or who may have a delayed arrival onto campus.”

All of the above-mentioned universities have also cancelled non-essential staff and student travel to China in line with the government’s updated Smart Traveller warning.

The current advice on the Department of Health’s website says students who have travelled to mainland China recently but not developed any symptoms may attend university as usual.

On Wednesday evening, however, Australia’s Chief Medical Officer Brendan Murphy announced that experts now believe the virus may be contagious before carriers experience any symptoms and urged people who have travelled to the Hubei region to self-isolate for 14 days, even if they feel well.

More than 50 million people have been locked down in and around Wuhan in a bid by authorities to stop the spread of the virus, which has so far infected almost 6,000 people globally and killed 132 people in China.

A total of seven people in Australia have been confirmed to have contracted the virus, including two in Victoria, one in Queensland and four in NSW.