The impacts of the coronavirus pandemic on higher education are likely to linger for years. 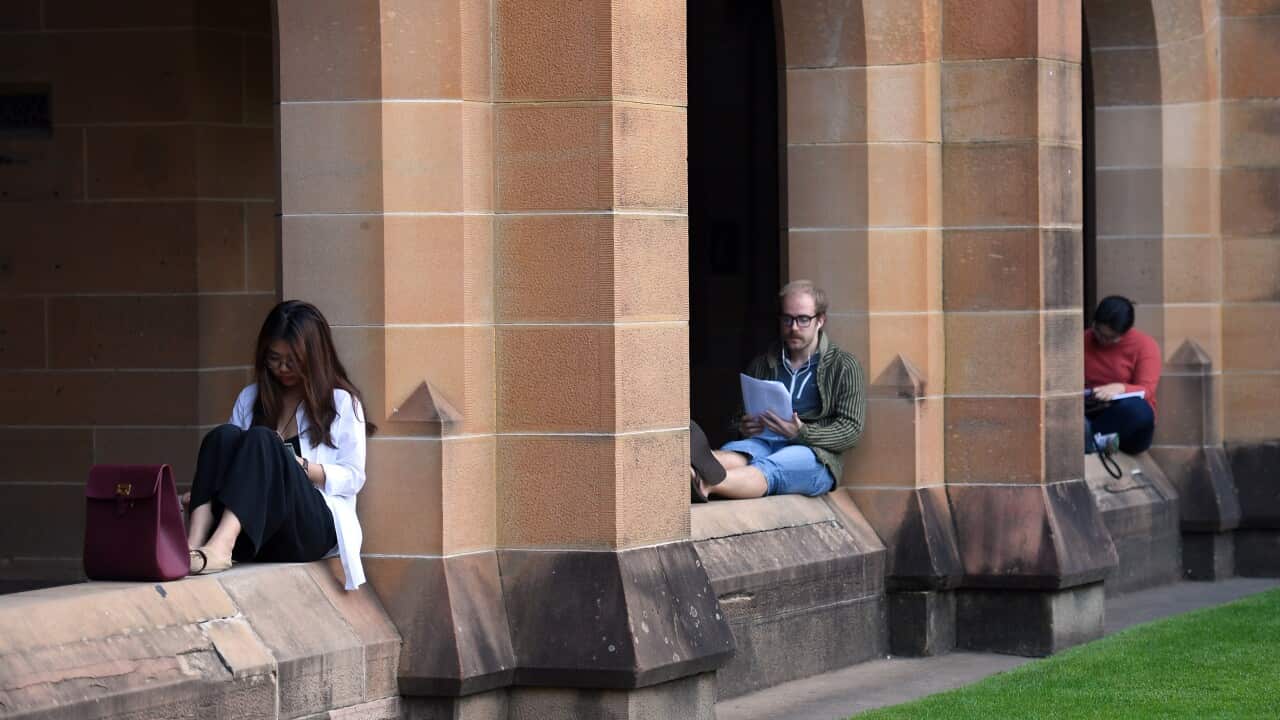 Experts warn it will be many years before Australia's student numbers return to pre-pandemic levels. Source: AAP

The latest figures from the Department of Home Affairs, which cover the 2019-20 financial year up until 31 May, have overall applications trending well short of previous years.

Visa requests from mainland China, the biggest source of international students for Australian universities, have fallen by close to 25 percent.

Advertisement
Applications from India are down 47 percent, while Nepal's student visa requests have slumped by 61 per cent.

The number of overseas students hoping to study vocational education and training courses in the last financial year has also more than halved.

The downturn in applications has Australian universities bracing for further financial challenges, with industry experts expecting more cuts to staff and research budgets.

“There will definitely be a significant drop in the level of research activity, which has been supported by international profits for many years now.”

Monash University, UNSW, La Trobe University and RMIT are among the institutions to lay off staff and restructure courses as the economic impact of the coronavirus crisis starts to bite.

Last week, the federal government announced it would recommence the processing of student visas so they can be granted before Australia’s borders reopen.

“Across government, planning is well underway on conditions that will allow for the return of international students,” federal Education Minister Dan Tehan said.

“Preconditions to this happening include the reopening of internal state and territory borders within Australia, as well as the return to on-campus learning for the benefit of domestic students and the international students who are already in Australia.

“Robust health, quarantine, border and provider protocols also need to be in place."

Professor Norton said the best and most credible scenario for universities would be for Australia’s borders to re-open to students by early 2021.

“We could actually get quite a strong year [of enrolments] with the combination of the people that wanted to start in 2020 but couldn’t, plus the people who would have started in 2021,” he said.

A number of Australian Universities have laid off casual staff and announced cut-backs to courses due to the fall in international student numbers. Source: AAP

The sector is also hopeful countries that have contained the coronavirus may be permitted to send their international students to Australia by next year.

“China and Vietnam have it under better control, and therefore maybe they'll be ready to send students to Australia in six months time,” Professor Norton said.

“There’s a far more negative scenario where no-one at all can arrive in early 2021.”

Earlier in July, a pilot program by ACT Universities to fly in international students was postponed due to Australia’s worsening coronavirus outbreaks.

The scheme would have seen 350 continuing students return to Canberra to begin their studies, after spending 14 days in police-supervised quarantine.

The federal government is also hoping to create an additional 39,000 university places for domestic students by 2023, but the boom in domestic students is unlikely to cover the revenue gap left by international graduates.

“The question is, to what extent can the international market recover,” Professor Norton said.

“I don't think we'll get back to 2019 levels for quite some time, but it [higher education] could still be a big industry for Australia over the medium term.”