Australians banned from travel to Mosul

The Islamic State-controlled city of Mosul in Iraq has been declared a no-go zone for Australians under new counter-terrorism laws. 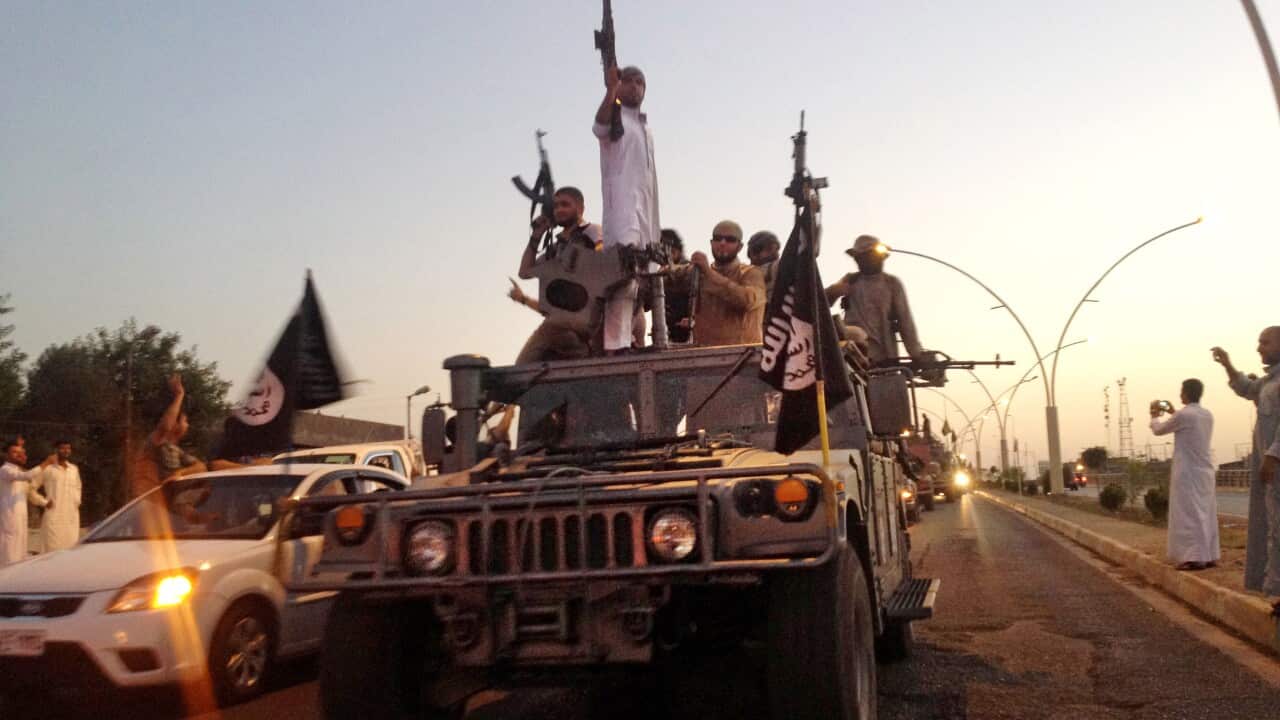 Fighters from the Islamic State group parade in a commandeered Iraqi security forces armored vehicle down a main road at the northern city of Mosul, Iraq (AP) Source: SBS

Australians travelling to the northern Iraq city of Mosul without a legitimate reason face jail.

The city is the largest controlled by the Islamic State extremist group.

Advertisement
The organisation had carried out public beheadings, killing and executions and destroyed historic and religious sites in the area, Ms Bishop said.

Under new counter-terrorism laws, Australians who go to the area must be able to show they had a legitimate reason and weren't joining Islamic State to fight.

If they can't do that, they face 10 years in jail.

Ms Bishop urged any Australians in the area illegitimately to leave immediately.

Mosul is the second declared no-go area after Ms Bishop designated the Al-Raqqa province in Syria in December.