Australians 'strongly discouraged' from travelling to and from Victorian coronavirus hotspots

The Australian Health Protection Principal Committee, which advises the federal government, has joined state premiers in warning Australians away from coronavirus hotspots in Victoria. 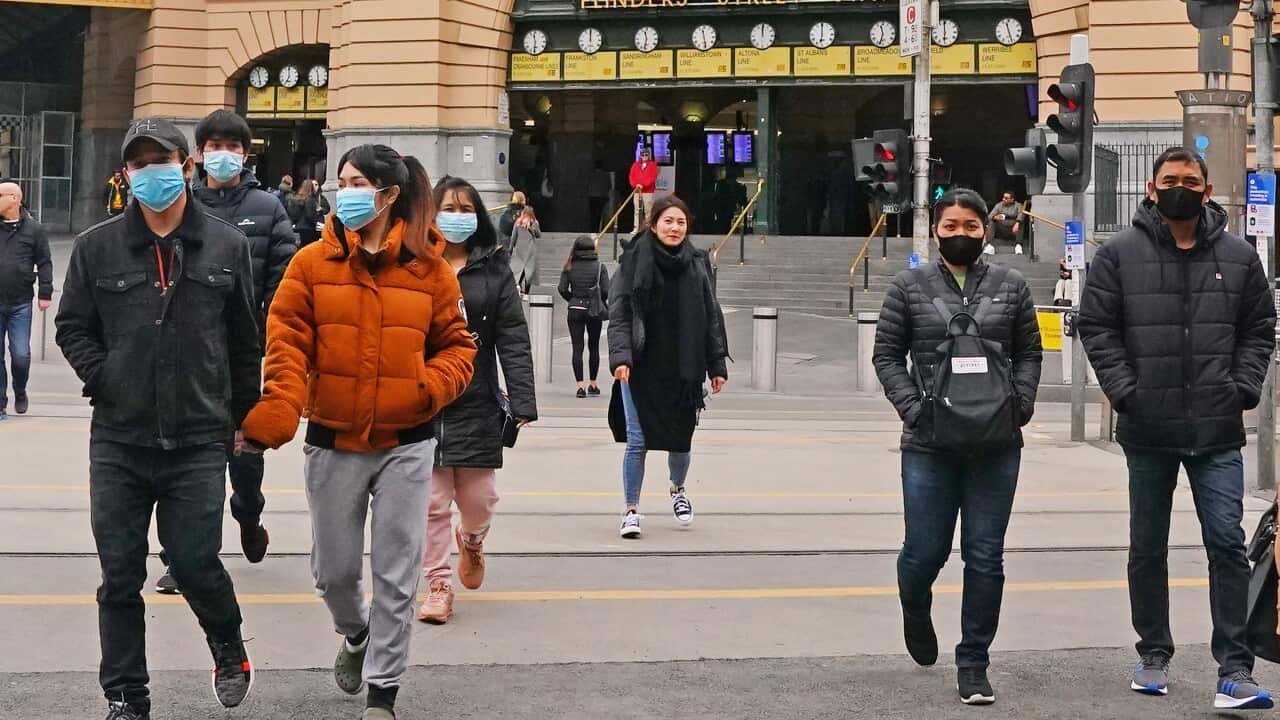 The Australian Health Protection Principal Committee has advised Australians to avoid travel to and from coronavirus hotspots in Victoria.

The committee is chaired by the Australian Chief Medical Officer, with the members including all state and territory Chief Health Officers.

In a statement, the committee said it "strongly discourages travel to and from those areas [listed as hotspots by the Victorian government] until control of community transmission has been confirmed."

The statement said outbreaks are inevitable and to be expected, but added: "It is critical that we are able to continue to control transmission".

The statement from the committee is being viewed as unprecedented remarks from the body.

Melbourne GP Vyom Sharma described the comments as "quite the statement".

The Victorian government has listed several local government areas as hotspots, including Hume, Casey and Brimbank, Moreland, Cardinia and Darebin.

More than half of the new Victorian cases since the end of April have come from family members spreading it to their relatives.

The latest figures have led to the Victorian government deciding to extend the state of emergency until July 19.

Some states, including Queensland, have indicated they could retain their tough stance against interstate travel as a result.

Queensland has declared metropolitan Melbourne a hotspot, and anyone coming from those areas would need to quarantine for two weeks if they entered the state. Queensland stopped non-essential interstate travel in late March and is expected to end that on July 10.

"The last thing we want to do is lift the borders, have lots of people come here for school holidays, spread coronavirus in our state, and then force us to go backwards on restrictions," Queensland Health Minister Steven Miles told reporters on Sunday.

A map showing the coronavirus hotspots in Victoria as identified by the state's health department. Source: Victorian Department Of Health And Human Services

"Clearly what's happening in Victoria will be a matter we will need to take into account in those considerations."

Dr Coatsworth said state and territory governments needed to make their decisions on restrictions based on their local epidemiology.

"So it would be unreasonable for WA or Northern Territory or, indeed, Queensland at the moment to be making decisions on their restrictions necessarily with a close eye on what's going on in Victoria because their epidemiology is different," Dr Coatsworth said.

Federal Finance Minister Mathias Cormann said the Victorian clusters should not stop state other states reopening their border as soon as possible.

He noted there had never been a state border closure between NSW and Victoria.

"You don't see there is any issue in NSW as a result of localised outbreaks in Victoria," he told reporters in Perth.

But WA Premier Mark McGowan, who was at an announcement alongside Senator Cormann in Perth, appeared in no rush reopen his state's borders.

"Clearly what has happened in Victoria means that we will take that into account in any decisions we'll make, but like everyone I'm very worried about it when you see these outbreaks," Mr McGowan said.

"Once they get out of control people can die and I don't want to see that come here."

South Australia is due to reopen on July 20 but its government is closely monitoring the situation in Victoria and has not ruled out staying closed.

"The economic impact unfortunately will be hard and harsh," he said in a statement.

Opposition health spokesman Chris Bowen said there was still a long way to go in tackling the virus.

"Until this virus is defeated everywhere, it's not defeated anywhere," he said.

There are now 7461 virus cases confirmed across Australia since the initial outbreak. The death toll remains at 102, relatively low by international standards.