Prime Minister Scott Morrison has announced national cabinet has agreed to an "in-principle disposition" towards requiring aged care workers to have mandatory vaccinations, while vaccines will soon be available for those over 40. 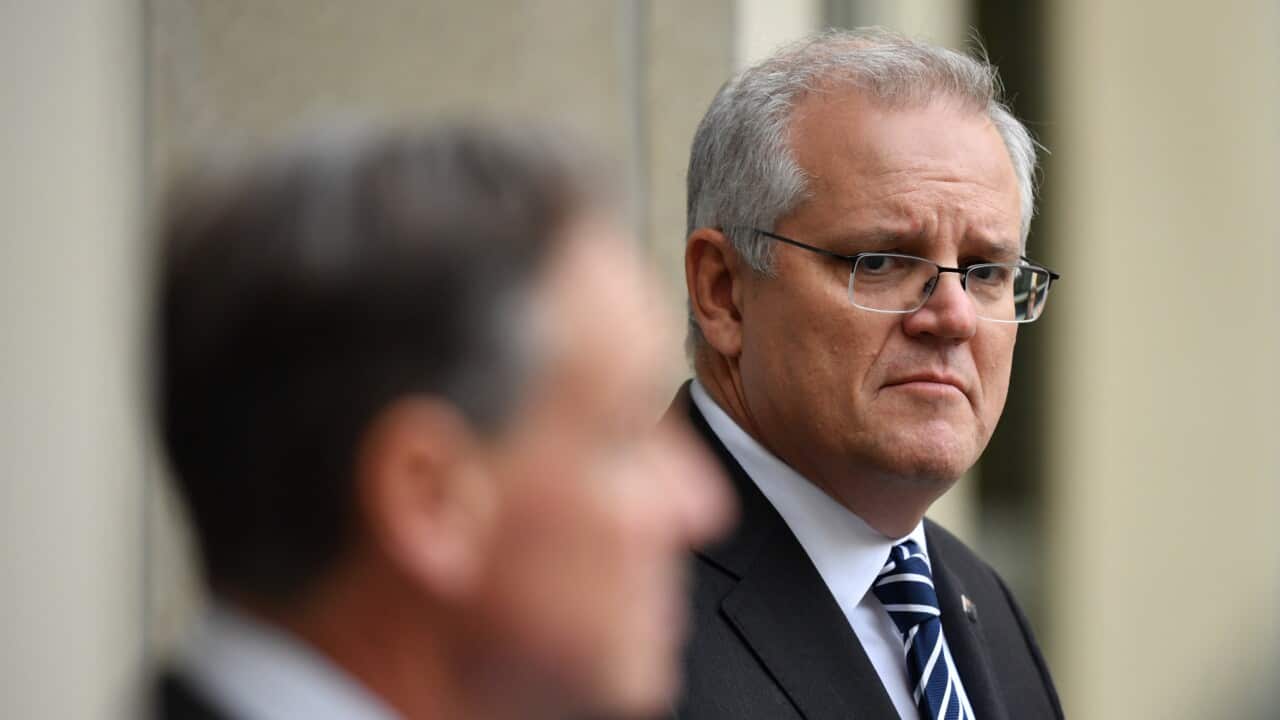 Minister for Health Greg Hunt and Prime Minister Scott Morrison at a press conference after a National Cabinet Meeting on Friday . Source: AAP

The leaders agreed to an "in principle disposition" towards mandatory vaccinations for aged care, following a meeting of the national cabinet on Friday.

But Mr Morrison said any final decision on the matter would be left following advice from a panel of health experts, chaired by the Chief Medical Officer, as to how it could be done.

Advertisement
"We're leaning heavily into this right now, as leaders of governments, and myself as prime minister, to see us moved towards a mandatory vaccination for aged care workers," he told reporters.

The prime minister said that the Australian Health Protection Principal Committee (AHPPC) would now be asked how mandatory vaccines can be introduced safely over a "suitable timeframe".

Chief medical officer Paul Kelly said there may be "unintended consequences" of mandatory vaccines that could affect the aged care workforce, including people leaving the industry.

"We want people to come forward and volunteer to be explained what the issues are and ensure we are really focusing on our culturally and linguistically diverse workforce that are often working in these particular settings, makings sure they have the full truth and understanding of the vaccine."


Health Minister Greg Hunt also announced that it will be mandatory for the aged care sector to report vaccinations from 15 June, including for workers vaccinated outside of facilities.

The announcement comes after revelations from Senate estimates earlier this week that the government did not know exactly how many aged care workers had been vaccinated, but that it was aware of just over 31,000 being fully vaccinated.

The prime minister also announced that all Australians over the age of 40 will be able to get the Pfizer vaccine from June 8, with enough vaccine capacity now to offer the jabs nationwide.

Aboriginal and Torres Strait Islander Australians as well those on the NDIS and their carers are also now eligible for vaccination as long as they are over the age of 16.