Speaking to SBS, David Coleman said his priority is to get migrants to struggling regional communities. But, he hasn't forgotten about controversial plans to toughen citizenship requirements. 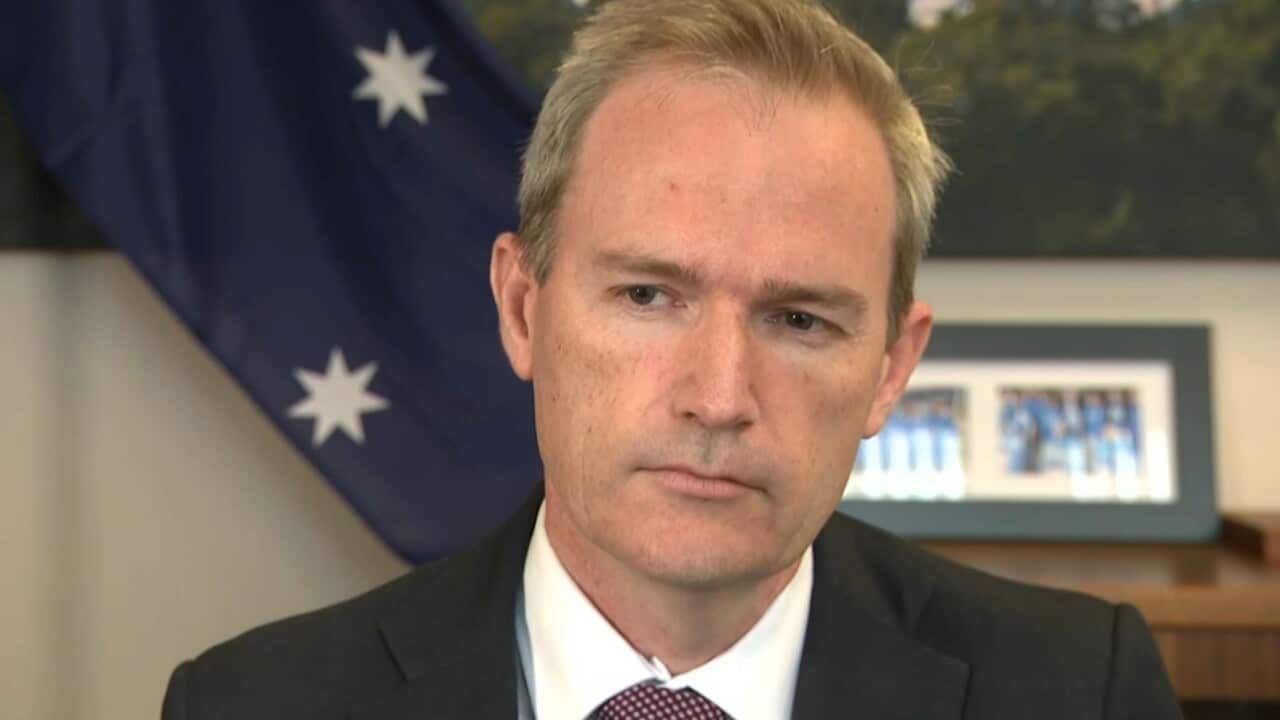 Australia’s new Immigration Minister David Coleman has flagged a revamp of regional visas, saying some towns are begging for migrants.

“There are a number of different regional visa classes at the moment and one of the things I'm assessing is the effectiveness of each of those programs and potential ways of improving those.”

Currently, there are several visas available to migrants to fills skills shortages in rural and regional Australia.

Towns including Warrnambool in Victoria, the Goldfields region of Western Australia and the entire state of South Australia are asking for thousands of migrants, according to Mr Coleman.

“There are lots of examples at the moment of regions that are seeking additional immigration to fulfil economic needs,” he said.

“We have quite a few regional gaps in employment right now.”

According to figures compiled by the Department of Home Affairs, 10,918 places were awarded under the Regional Sponsored Migration Scheme in the 2016-17 financial year.

Along with the 1,670 Skilled Regional visas, they formed about 10 per cent of permanent migration visas.

The former Assistant Finance Minister holds the marginal Sydney seat of Banks and was elevated to the outer ministry after the Liberal leadership spill last month.

The 44-year-old MP served as an assistant finance minister in the Turnbull Government and was first elected to the House of Representatives for Banks, New South Wales, in 2013.

The immigration portfolio was separated from Peter Dutton’s Home Affairs ministry and given to Mr Coleman, as well as the Citizenship and Multicultural Affairs ministries.

“Immigration has been so fundamental to our success as a country,” he said.

“The history of our nation is one of immigration because, apart from Indigenous Australians, we're all immigrants.”

Fourty-four per cent of his electorate is overseas-born, with people of Chinese ancestry being the largest migrant group.

On the issue of Australian citizenship, the minister would not go into specifics about the government reviving plans to change the requirements to become a citizen.

The controversial plans to introduce a
tougher English language test
, increase residency requirements and requiring applicants to sign an ‘Australian Values statement’ were quashed by the Senate late last year.

While he didn’t go into detail about English language requirements, Mr Coleman reiterated the importance of learning English.

“Having some English is obviously a good thing in Australian life,” he said.

“The more English people are able to speak, the more they can contribute in Australian life.”

Mr Coleman said the government was “in consultations” about re-introducing elements of the legislation.