Australia's population may hit 30 million by 2029

Following plans to cut the national immigration intake, Melbourne and Sydney are expected to keep growing faster than other Australian capital cities. 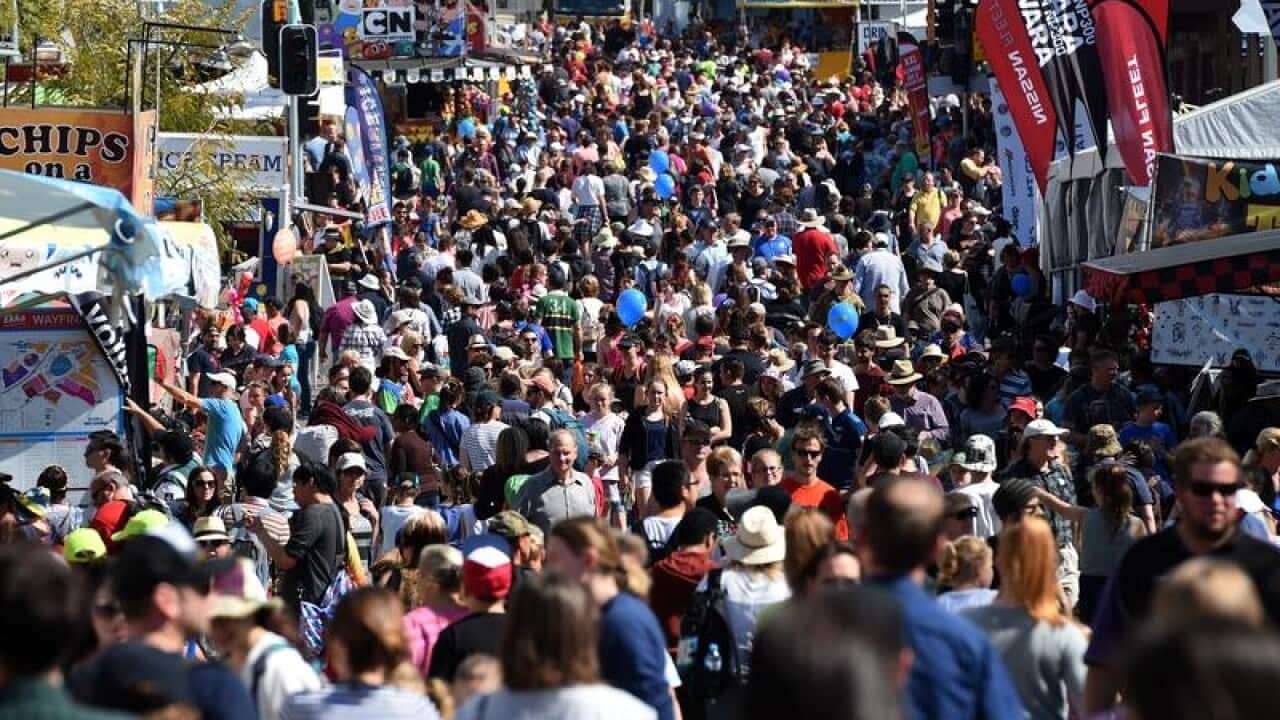 Australia's population could hit 30 million by 2029, according to the bureau of statistics. (AAP) Source: SBS

Australia could add another five million people in the next 11 years, new statistics show.

The country's population is projected to reach 30 million between 2029 and 2033, the Australian Bureau of Statistics revealed on Thursday.

ABS demography director Anthony Grubb says the population could advance by five million in a quicker time than it did from 20 to 25 million.

Advertisement
Pushing ahead to 35 million could happen in 20 years' time, while the highest possible projection for 2066 has the population at 49 million.

"Australia could add a further 10 million to our current 25 million by the year 2043," Mr Grubb said.

"However, under our higher range of fertility, mortality and migration assumptions, the population would reach 35 million five years earlier in 2038."

But the ABS figures suggest the percentage of people living in major cities will only rise.

Melbourne could jump to 6.2 million people by 2027 and make up 79 per cent of the state's population, while Sydney would hang on as Australia's biggest city at 6.4 million.

But one projection has Melbourne toppling its northern metropolitan rival in population by 2031.

Brisbane is set for a rise from 2.4 million to about three million by 2027.

A breakdown into states and territories revealed Queensland could hit six million by 2027, up from the current figure of 4.9 million.

The Australian Capital Territory will almost have a population the equal of Tasmania in nine years' time, with the gap to be cut to as few as 35,000.

Modest jumps are predicted in the Northern Territory, Western Australia and South Australia in the next decade.