Scott Morrison says the $1.2 billion package is a 'ticket to recovery' for Australia's ailing tourism and aviation sectors, but tourism operators say much more assistance is required. 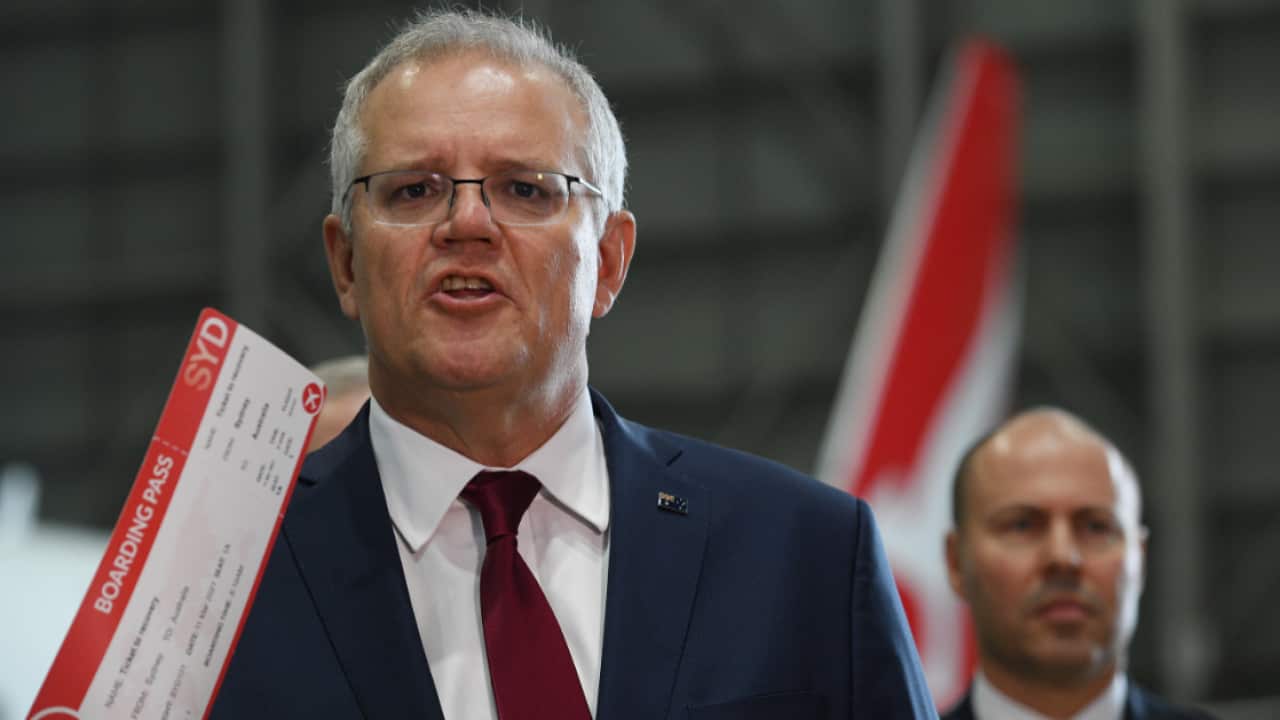 Tourism operators hard hit by the coronavirus pandemic remain concerned about the impending end of JobKeeper support, despite a new $1.2 billion rescue package outlined by the federal government.

Under the plan, airline tickets will be sold at half price to 800,000 travellers to help the tourism industry survive ahead of the wage subsidy ending in March.

It will also offer low-cost loans to small employers.

Businesses with a turnover of $250 million would be eligible to apply for up $5 million over 10 years with no repayments in the next two years.

It comes after months of the industry warning about the need for further assistance as international borders remained closed.

Roderic Rees is the director of Cairns Adventure Group, a family-operated business that runs tours and activities in the north Queensland tourism hotspot.

He said the new assistance measures are welcome, but there are concerns over the lack of direct cash support to alleviate the financial pressures still facing operators.

"JobKeeper ending is a tragedy for employee confidence in this region," he told SBS News.

"We need something to help our employees feel confident that they can ride out the peaks and troughs of the tourism season."

Tourism Transport Forum chief executive Margy Osmond also said the airline package was a "good start" but it would "not be enough" to address the concerns of the sector.

"Unfortunately for us we don't think it's going to go far enough to save the jobs we had hoped to see secured at the end of March," she said.

The government’s airline ticket subsidy will run from April 1 until July 31 with the aim of increasing travel to priority tourist destinations as part of a $1.2 billion package.

Return flights to eligible locations will receive a 50 per cent discount.

"This is another ticket to recovery for Australia," he told reporters.

"In the aviation, travel and tourism sectors, we know it will continue to be tough, particularly in those parts of the country most reliant on international tourism."

But Opposition Leader Anthony Albanese has criticised the response, calling it a "selective aviation package" that doesn't go far enough to support the entire travel industry.

"This isn’t a tourism package," he told reporters.

"What it does is magnify the fact that in just a couple of weeks the rug is about to be pulled from under those businesses."

Under the government's plan, airlines will also receive extended government support while awaiting the return of international travel expected in November

This will involve the government paying to keep 8,600 international aviation employees in work.

"It also is an incentive [for states] to keep their borders open and that’s important," he told reporters.

"We can’t keep going through the yo-yo of the ups and downs of that."

But Flight Centre managing director Graham Turner is worried the response will do little for his industry.

"Superficially there is not a lot of benefit to us in the travel industry," he told SBS News.

"It’s certainly better than nothing overall - [but] there’s a lot more that needs to happen."

Council of Small Business Australia CEO Peter Strong said the reality is JobKeeper had to end at some point.

"[The package] won’t save all the jobs at risk - nothing will do that," he told reporters.

"The people that are going to be affected the most are those who are reliant upon international tourism."