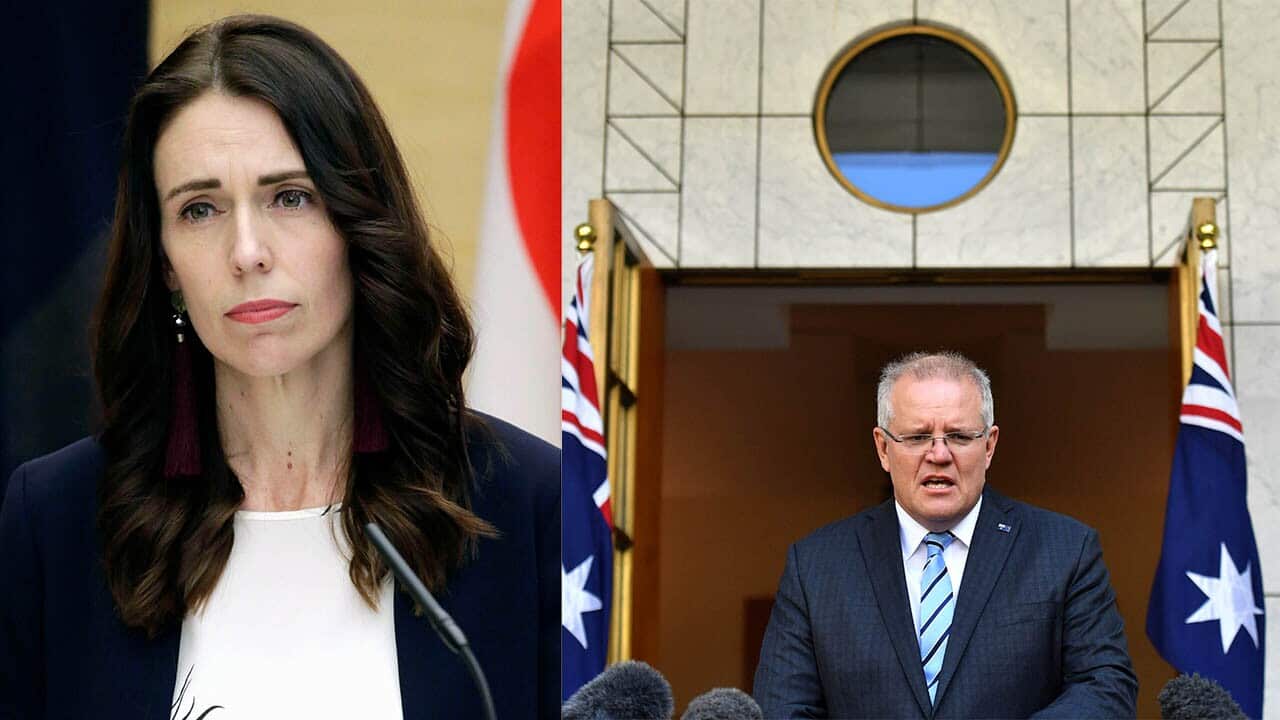 New Zealand Prime Minister Jacinda Ardern says she won't want anything in return to resettle 150 refugees from Australia's offshore detention regime should the Morrison government choose to take up her country's long-standing offer.

The resettlement option, first negotiated by then-prime minister Julia Gillard and Kiwi counterpart John Key in 2013, has roared back into focus in recent weeks after the
Australian Senate passed the repeal of the controversial medevac bill.

Advertisement
It is reportedly part of a secret deal struck
by Prime Minister Scott Morrison's government with independent Tasmanian Senator Jacqui Lambie for her support to repeal the laws.

On Wednesday, an hour after Senator Lambie's critical vote in the Senate, New Zealand Immigration Minister Iain Lees-Galloway said Canberra had not been in touch regarding the deal.

"The ball is obviously in Australia's court," she said.

"The offer was made under a previous government.

Senator Jacqui Lambie during debate on the Medevac Bill in the Senate chamber at Parliament House in Canberra. Source: AAP

"It's not about what New Zealand hopes or wants. Ultimately the ball has sat with Australia domestically for quite some time."

There are around 500 refugees or asylum seekers remaining in Nauru and Papua New Guinea from Australia's offshore detention regime.

One of those, Behrouz Boochani, has
travelled to New Zealand this month to speak at a writer's festival.

After declaring himself a free man on arrival in New Zealand, he is expected to announce an asylum bid before he is due to depart the country and return to PNG.

If the Australian government has dealt with Senator Lambie to move some of the remaining refugees, it would give New Zealand the whip hand in any resettlement negotiations.

So far, Mr Morrison has denied a “secret deal” over New Zealand resettlement but said the government is “always looking at ways” to resettle those in offshore detention.

"We have always been very aware of the New Zealand government’s offer," he said on Thursday.

"The government will continue to implement our policies as we’ve set them out and as we’ve decided to do as a government."

On Wednesday he said there had been no deal signed with Senator Lambie ahead of the crucial vote.

“The government's policy is to ensure that we seek to resettle people who are on Nauru,” he told reporters on Wednesday.

“We will continue to use the arrangements that we have in place to be able to resettle people and that is the assurance that we have provided."

Ms Ardern said she wouldn't be looking for a quid pro quo from Canberra.

"That is not how we operate our relationship. That's just not the way New Zealand and Australia work," she said.

"We have a good robust strong relationship. The closest you'll find of any two nations in the world."

"My view is that continues to be a matter for Australia.

"The way they choose to place (a) restriction on movement within Australia's borders is a matter for them not for New Zealand.

"Of course we would want to maintain as much consistency as we're able to in the treatment of New Zealand citizens but it is a domestic issue in the same way I cannot tell Australia to start deporting those who have no connection to New Zealand.

"I will express a view on it but it is still a matter for them."

And Mr Peters has warned deal-makers not to "get ahead of ourselves" should Canberra seek to block the refugees setting foot on Australian soil.