The Chinese community's vote has taken up the share of attention in Bennelong, but community members say the Korean vote is more united and will back Labor in the crucial byelection. 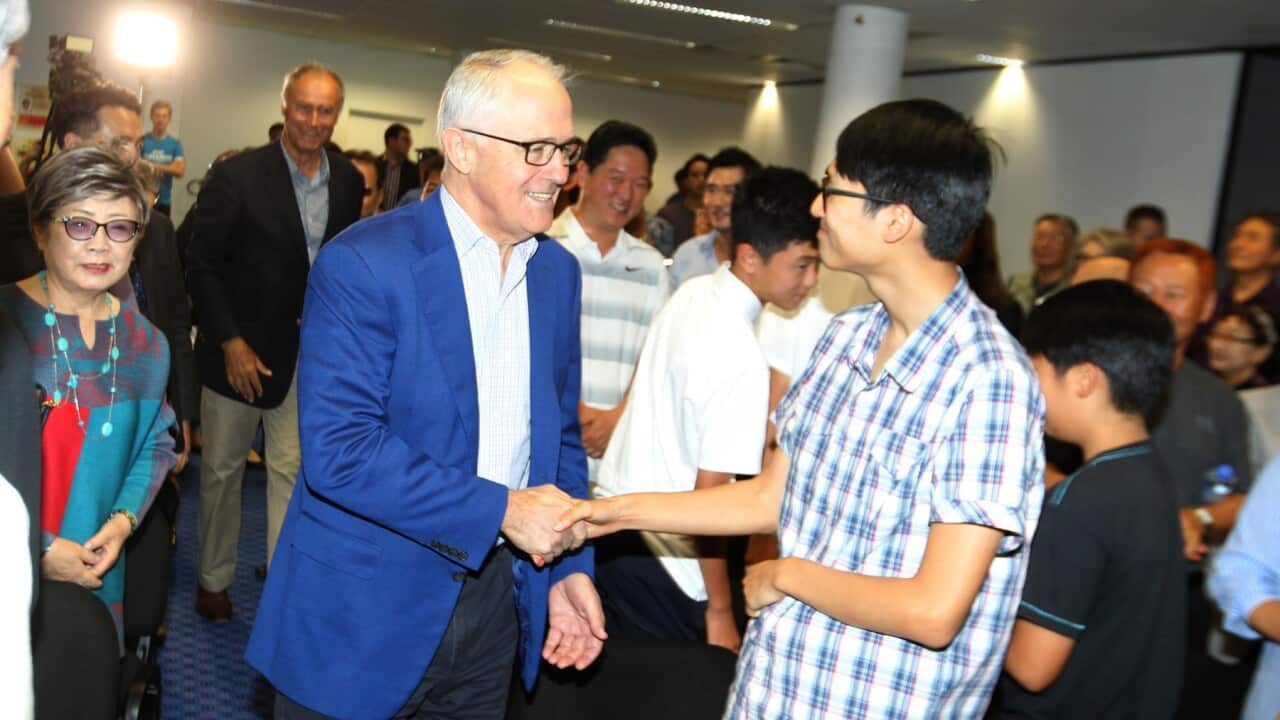 While all eyes are on the influence of the Chinese vote in this Saturday’s crucial Bennelong byelection, another group is gearing up to flex its political muscle.

The area’s Korean community has already chalked up a political win this year, when Labor’s Peter Kim romped it home at September’s council elections to become Ryde’s first ever Korean-Australian councillor.

Bennelong is home to one of Sydney’s biggest Korean communities. According to census data, almost 5 per cent of voters claim Korean heritage.

It's a fact that has not escaped the major parties. Prime Minister Malcolm Turnbull visited the Eastwood offices of the Hanho Korean Daily Newspaper with Liberal candidate John Alexander on December 9, and his opponent Kristina Keneally
joining a December 10 parade featuring traditional Korean performers
.

Cr Kim has been busy out on the hustings in Eastwood - the heart of Sydney’s “Little Korea” - urging the community to take that newfound political might national by rallying behind the party’s federal candidate, former NSW Premier Kristina Keneally.

“We think it’s going to make a difference in this election,” Cr Kim told SBS News.

“Korean votes are more united than the Chinese votes. If you look at all the Koreans living in the area, we all speak the same language, we all come from the same country, we all have a similar type of political beliefs and religion.”

Cr Kim said the Korean community’s support was “absolutely” a factor in his own success, citing a 23 per cent swing towards Labor in his ward at September’s poll compared to 15 percent more broadly.

“Just about every Korean shop in Rowe Street in Eastwood had my campaign posters up,” Cr Kim said.

“We had so many Korean voters come and support us, and volunteers, we had well in excess of 60, 70 people in every booth handing out our how to vote.”

This time around, the attention has been reciprocated. Former Foreign Minister Bob Carr counts among the Labor Party luminaries visiting the electorate in recent days to make a direct pitch to Korean voters.

Australian Korean newspaper Hanho Daily quoted Mr Carr this week as saying that a Labor government would “be able to more effectively convey the public opinion of the Bennelong community to the Australian government’s foreign policy on the Korean peninsula”.

Korean Australian Community Support Inc president William Seung, a member of the Liberal Party, said the byelection was a “critical moment” for Bennelong, with implications for next year’s NSW state poll.

Despite Bennelong’s conservative leanings and the incumbent Liberal John Alexander’s 10 per cent margin, it will be “very close”, he said.

“If John Alexander lose his seat that is because of the Liberal coalition party’s recent action against multiculturalism.”

Cr Kim’s influence could be another key factor. In other Sydney areas, Korean voters had tended to throw their weight behind the candidate seen as best representing the interests of the community - irrespective of party, Mr Seung said.

Ben Raue from election blog The Tally Room said a bigger swing in the west of the electorate, around booths in Eastwood, Ryde and Epping, would reveal the strength of the multicultural vote.

“It will be an interesting thing to watch on Saturday night,” he said.