The outcome of the Bennelong by-election on Saturday is likely to be decided by the Asian community as voters choose whether they want the Liberal Party's John Alexander or Labor's Kristina Keneally to represent them. 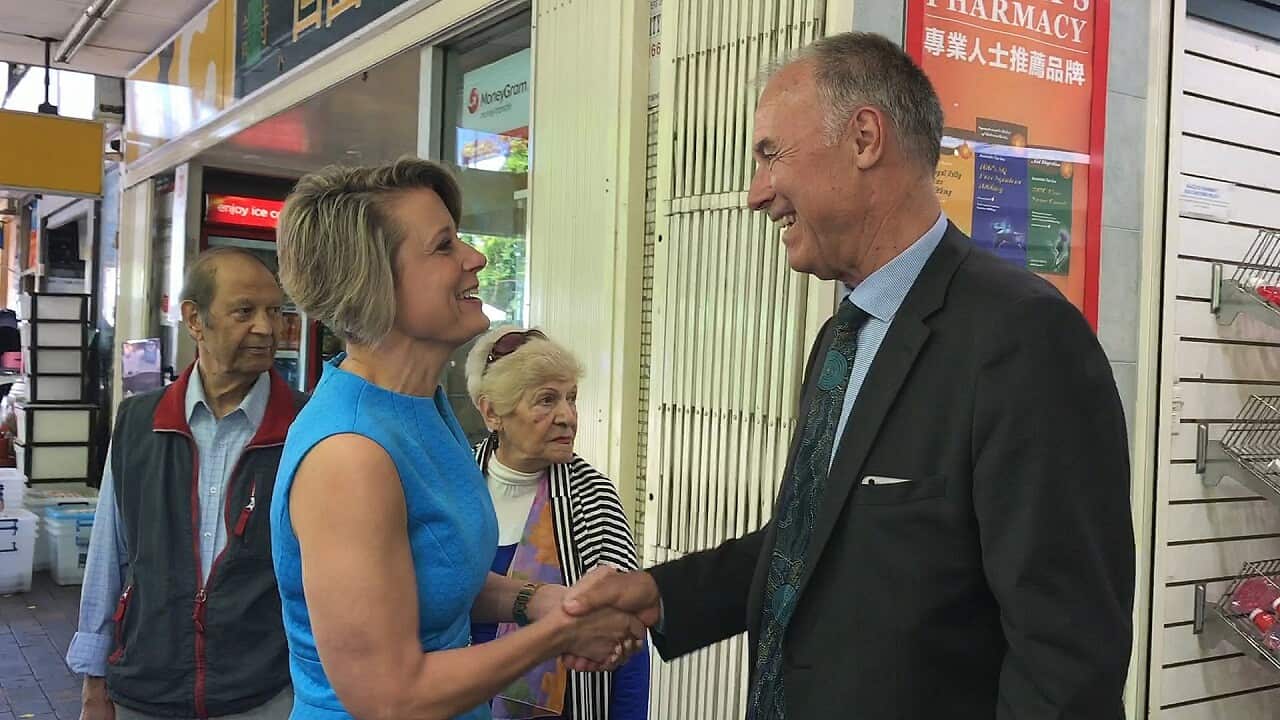 John Alexander and Kristina Keneally will go head-to-head for votes in New South Wales seat of Bennelong this weekend as the result hangs on a knife edge.

A key influence on the result will be the Chinese-Australian population who reside in the area.

The 2016 census revealed 21 per cent of Bennelong residents have Chinese ancestry, while 13.3 per cent were born in China.

Advertisement
How effectively each party pitches their slant on education and economy will turn voters' heads, according to a local representative of the Chinese community.

Australian Asian Association of Bennelong's Justin Li said Chinese voters would focus on the "bread-and-butter" issues when deciding who to support in the by-election.

"I tend to think the vast majority of Chinese-Australians, especially those who've lived in Australia for a long time, don't care so much about the motherland politics," Mr Li told SBS News.

"They're far more interested in bread-and-butter issues like paying off mortgages, paying off bills, sending kids to school.

Related Reading
Bennelong: battle for one of Australia's most diverse electorates

Mr Li said the Asian vote proved crucial in 2007 when then-prime minister John Howard lost his seat to Labor's Maxine McKew after holding it for 33 years.

"It's become even more important today just because of the sheer numbers – the latest census tells us that more than half of voters in Bennelong speak a language other than English at home," Mr Li told SBS News.

"I think it will be very hard for either John Alexander or Kristina Keneally to win the seat without winning some of the big booths in Epping, Eastwood, Carlingford and Marsfield – the areas where the Asian vote tends to be concentrated."

Incumbent Mr Alexander, who Foreign Minister Julie Bishop described as a "local champion for businesses", claims he is very familiar with the needs of the Asian community.

"The Chinese community is a group that I have engaged with for seven years now. The table tennis program that I delivered to all 40 schools to help kids engage with each other has been running for seven years. It's made thousands of friendships," he said.

"The work that I've done to address the crime issues in Eastwood by having a crime forum (and make it clear) that there was more crime because it actually wasn't being reported, and then the remedy that we affected ... I've had a deep and ongoing relationship with the Chinese community."

'A by-election unlike any other'

Meanwhile Opposition Leader Bill Shorten fronted cameras on Tuesday in a show of support for his candidate.

"If Kristina Keneally is elected on Saturday, that will send a marvellous message to the Turnbull government to say hands off our schoolkids' educational future, don't cut the funding, look after our schools ahead of looking after other things," he said.

Labor candidate Ms Keneally added she knew it was going to be a "tough" campaign.

"It has been a by-election unlike any other I've experienced, where people are energised by the fact that they have a vote, that they get to have a say," she said.

"I think the people of Bennelong know that a lot of people in Australia would like to have their say on this lousy Liberal government.

"This is a state that has elected three Liberal blokes named John and one-time elected Labor representative in Maxine McKew.

"It's going to be a tough battle. Malcolm Turnbull has managed to accuse me of everything short of saying, 'It wasn’t the dingo, it was Keneally.'

"So I expect that's where he's going to go over the next few days, but that's not going to deter me."