Farmers say Australian agriculture is set to take a heavy hit from the effects of climate change. 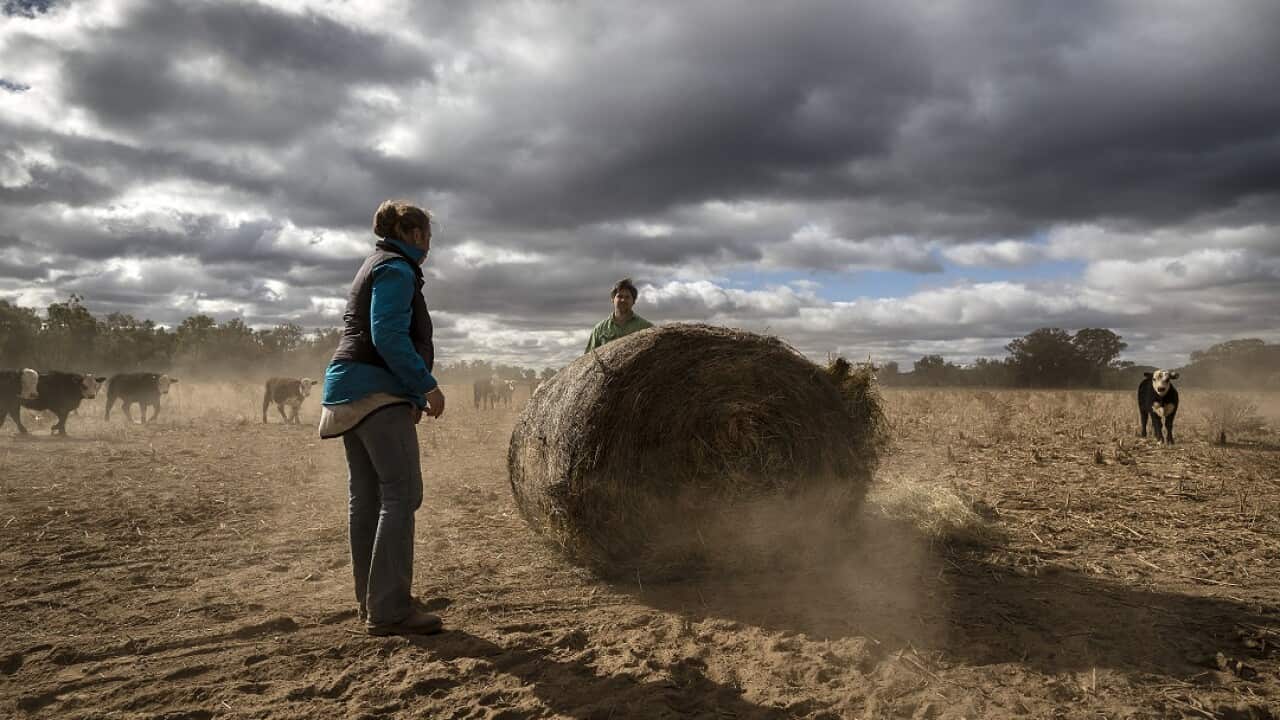 Much of Australia has been hit by drought. Source: Getty Images

A delegation of farmers from across the country has converged on Parliament House to push for better action on climate change.

On Monday, Farmers for Climate Action
launched a report
in Canberra which outlined the case for urgently adopting a national strategy around climate change and agriculture.

"We need this strategy because Australian agriculture is both partially responsible for, and increasingly impacted by the effects of climate change," he said.

"Australian farmers are very good at dealing with risk ... However, the pace and extent of change that the climate is now experiencing is beyond the capacity of even the best farmer using the best practises and technologies to adapt."

A sheep weak with hunger stands on a severely drought affected property near Coonabarabran. Farmers have begged for federal intervention. Source: Getty

The Farmers for Climate Action group wants the strategy "to sit on a foundation of risk minimisation, supported by the pillars of strong research, development and extension, adoption of clean energy and a focus on the capture and storage of carbon, within an environment of continuous improvement".

Mr Heath said such a strategy not only makes sense environmentally, but also economically.

"[Because] without climate action, agricultural production will continue to fall, farm profits will decline, food insecurity will rise, rural health will be adversely impacted, trust in agriculture will decline," he said.

"It is beyond time for action."

According to Farmers for Climate Action, Australia's gross domestic product looks set to take a hit from climate change.

"It is estimated that climate change impacts would cause Australian gross domestic product to decline by 5–11 per cent in 2050, compared to a business-as-usual GDP scenario without climate change," material from the group says.

Speaking at the event, Environment Minister Sussan Ley made strong comments on climate change, saying the science behind it was "conclusive".

"We're also in a period of terrible drought and we face those all too many times," Ms Ley said.

"We do need to look at it in a different context and develop long term strategies and ways to adapt."

But Ms Ley said she also wanted to see "less green tape" and a "practical road map" for farmers, with federal environmental and conservation laws soon set to go under a scheduled review.

A coalition of doctors were also in Canberra on Monday to lobby politicians for action on climate change.

Doctors for the Environment Australia delivered pledges to Health Minister Greg Hunt from a number of associations to protect children's health from worsening climate change.

Senior Australian of the Year 2019 and paediatrician Sue Packer addressed the Doctors for the Environment Australia event at Parliament House, as well as Labor's climate spokesman Mark Butler and independent MPs, Zali Steggall and Andrew Wilkie.

NSW Water Minister Melinda Pavey pre-empted the lobbying on Sunday saying she would rather see doctors address the shortage of medical services in rural towns.