BHP will spend $3.9 billion on developing its majority-owned South Flank iron ore mine in the central Pilbara. 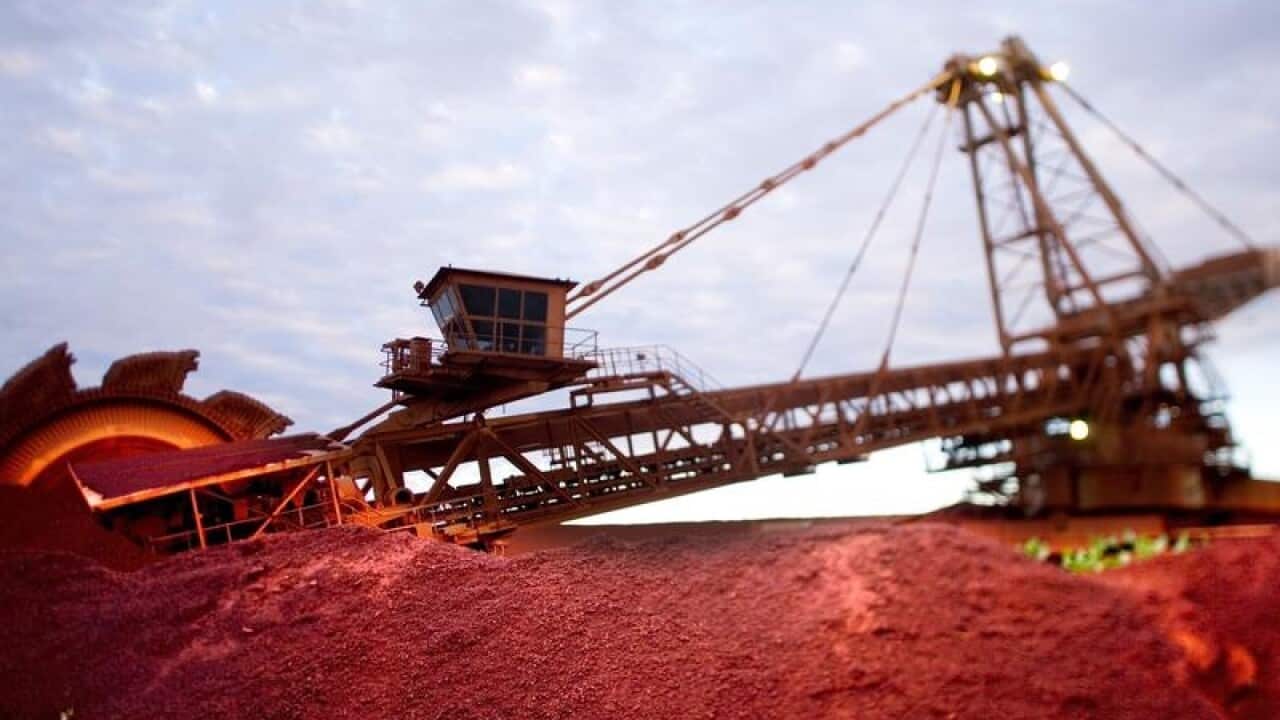 BHP flags 600-plus jobs as it announces plans to spend $3.9 billion developing the South Flank mine. (AAP)

BHP has committed to what looks like being its biggest iron ore investment of the next 10 years, ploughing $A3.9 billion ($US2.9 billion) into development of its majority-owned South Flank mine in the central Pilbara.

The dual-listed mining giant said the Western Australian project will fully replace production from its 80 million tonnes per year Yandi mine, which is reaching the end of its economic life.

Advertisement
"I wouldn't want to comment on our competitors but, for us, this is the only investment of this size that we'll have over the course of next decade," Mr Henry said on Friday.

"This sets us up really well."

South Flank iron ore will help increase BHP's average iron grade in WA from 61 per cent to 62 per cent, and the overall proportion of lump ore - which allows for more efficient steelmaking than smaller fine ore - from 25 per cent to approximately 35 per cent.

Production is expected to start in 2021 and run for more than 25 years.

"It will enhance the average quality of BHP's Western Australia iron ore production and will allow us to benefit from price premiums for higher-quality lump and fines products," Mr Henry said.

BHP has an 85 per cent stake in South Flank, with the remaining 15 per cent held by local subsidiaries of Itochu and Mitsui.

The Japanese corporations will also contribute, bringing the total cost of the project to $A4.55 billion ($US3.4 billion).

South Flank will generate about 2,500 construction jobs but increased automation means it will eventually employ about 600 people, compared to Yandi's 740.

Engineering group CIMIC on Friday said it will start work on South Flank in July after winning a $A260 million contract for the construction of bulk earthworks, concrete and underground services.

Construction is scheduled to run until September 2020, CIMIC said in a statement to the ASX.

"This is timely given the current dynamics in the iron ore market, with higher-quality products attracting premiums to benchmark prices," Mr Hissey said.

"To this end, the project should help support margins from BHP's Pilbara operations."

Rio has estimated the cost of Koodaidera at about $US2.2 billion ($A2.9 billion) with a potential production start of 2021.

"We are going to see a bit of pressure in the market as a result of multiple projects being pursued," Mr Henry said.