A hearing-impaired Bhutanese teenager and his family were facing deportation because of potential costs to the taxpayer. 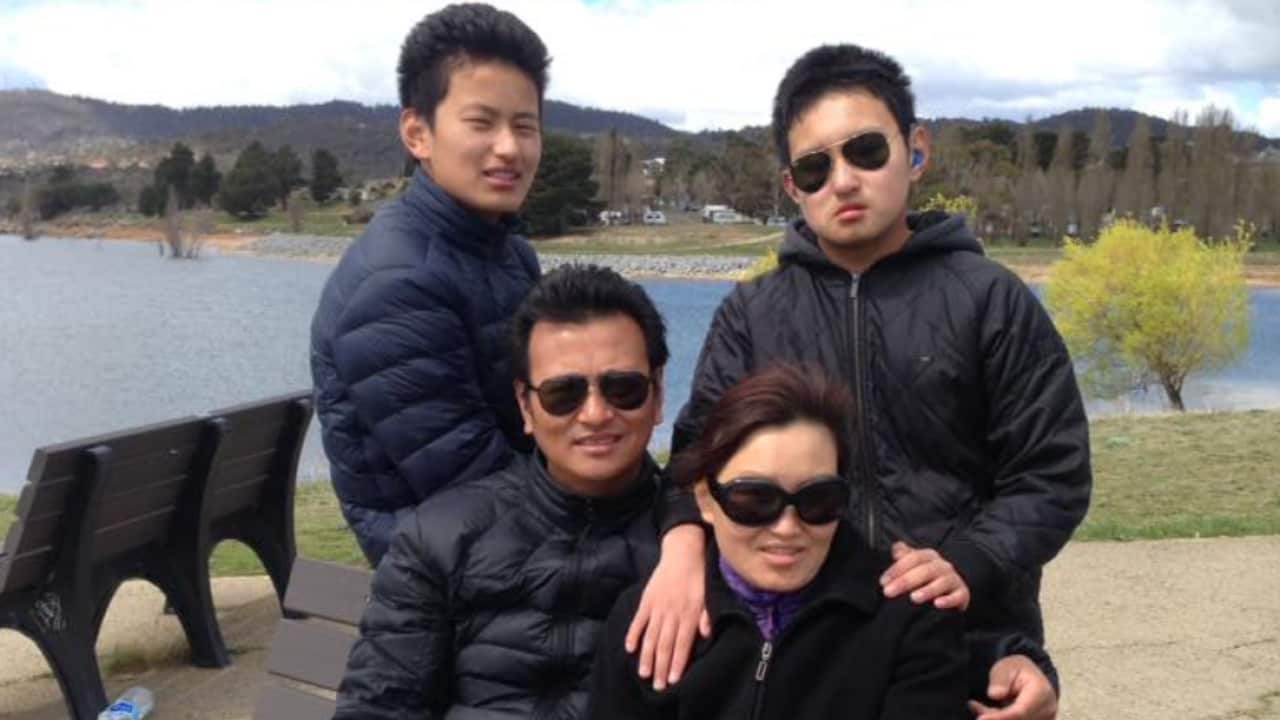 The requirement hit the headlines earlier this year after the Wangchuck family were told they would have to leave Australia because of their son's disability. Source: Facebook

A Bhutanese family facing deportation after their permanent residency application was denied on medical grounds are now rejoicing as the ruling was overturned by ministerial intervention.

Eighteen-year-old Kinley Wangyel Wangchuk, who lives with learning disabilities and hearing loss, and his family have been in Australia since 2012, when they arrived on student visas.

The Wangchuck family was facing deportation to Bhutan due to their son Kinley's disability until the Immigration Minister intervened earlier this month. Source: Facebook

Advertisement
They were to be deported within weeks after their application for
permanent residency in Australia - first lodged in 2015 - was denied on medical grounds
.

Kinley was found to not satisfy certain criteria due to his disabilities - which resulted in the rejection of the family's individual applications.

But on Saturday, the family told SBS News they were informed that Immigration Minister David Coleman personally intervened in their deportation case and granted them Subclass 151 Former Resident visas to remain in the country permanently.

READ MORE
Where the major parties stand on immigration

Kinley's mother Jangchu Pelden, who works in childcare, said the family was in "shock" by the reversal.

"It’s like we’re still in a dream, I’m still like ‘is it really happening?' I just received the email yesterday," she said.

"I wasn’t expecting anything. It was only after work when I reached home ... I went into my email ... I didn’t know what to make of it. I couldn’t understand it. I was too excited and too anxious.

"It's more than a relief, we have been holding our lives and dreams on hold until now. It's been so stressful. I can't believe it. It's like our only dream has come true and it's all thanks to Minister David Coleman and the Australian people, and the thousands of supporters we had. It's all because of them."

Greens Senator Jordon Steele-John, who called on Mr Coleman to intervene in the case, said the decision was an "extremely good outcome," but believes more needed to be done to completely overhaul the "discriminatory" regulations which allowed for the family's application to be rejected.

"We’ve got a situation where the minister has utilised his discretion, which I directly called on him to do two months ago. I don’t know why it’s taken him so long to look over a case, which if he simply had Googled it, he would have seen the merits of intervention," he said.

"Now they need to urgently take two steps – first of all utilise that same intervention power on the myriad of cases that have come to light since they first entered the media, and secondly both Labor and Liberal to commit themselves to removing these discriminatory passages in the act post-election."

Senator Steele-John said Mr Coleman must now clarify with the family whether their new visas would give them access to medical services afforded to all Australian taxpayers.

"It’s no good letting them be here, if they then have to bear all that cost. They are paying taxes like everyone else, so they should certainly be able to receive those disability supports."

Kinley has learned to communicate using Australian sign language (AUSLAN) at Queanbeyan high school, near Canberra, where he's in Year 11.

Ms Pelden said Mr Randall's "tireless dedication" was important to the outcome of their appeal.

"We want to thank everybody, but the one in particular is David Randall who started the petition. He's a great man so we really want to thank him from the bottom of our hearts."

The Department of Home Affairs told SBS News "it does not comment on individual cases".

"Ministerial intervention powers exist in the Migration Act.  These powers allow the minister to intervene in cases which present unique and exceptional circumstances and where it is considered in the public interest to do so," the statement said.