Biden says he could not win 2016 election

Vice President Joe Biden says his decision not to run for president in the 2016 US election is about his ability to win, not the time involved to campaign. 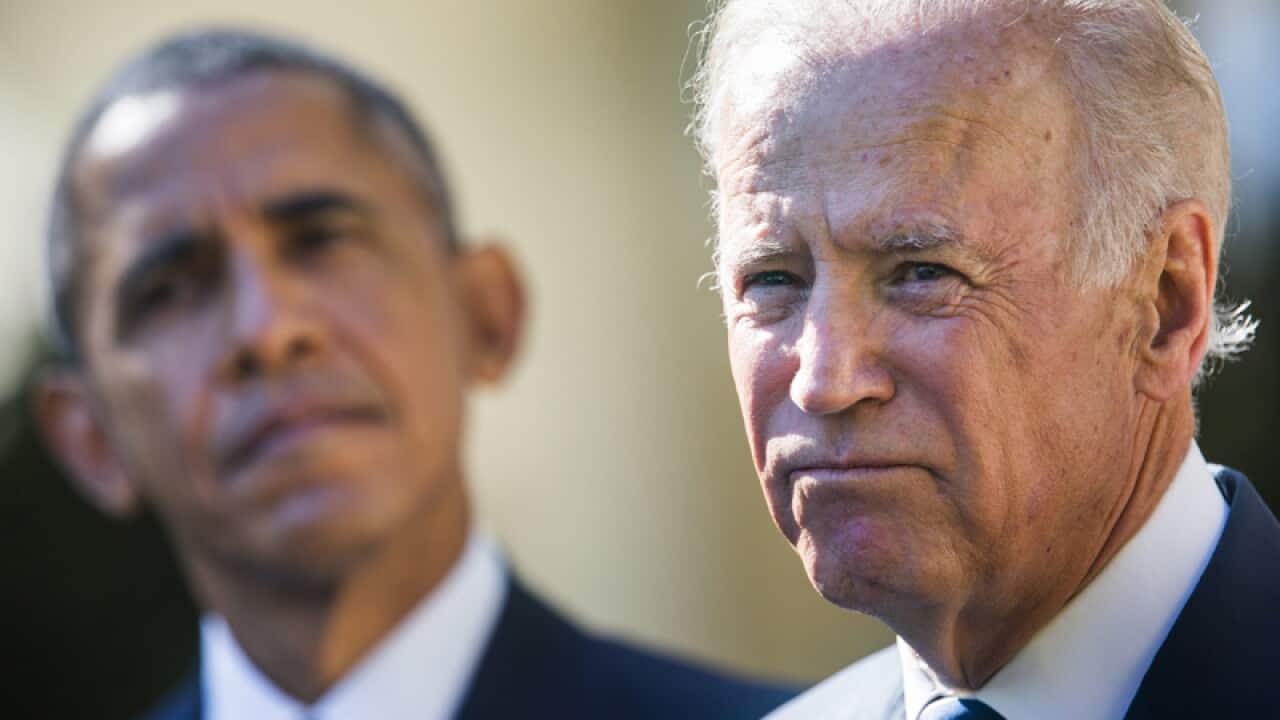 US Vice President Joe Biden says he decided against running for president because he couldn't win. (AAP) Source: SBS

US Vice President Joe Biden says he decided against running for president because he "couldn't win," not because he would have had too little time to get a campaign up and running.

"I'll be very blunt. If I thought we could've put together the campaign ... that our supporters deserve and our contributors deserved, ... I would have done it," he said in an interview televised on Sunday on CBS's 60 Minutes.

In the wide-ranging interview, in which Biden took questions for a time joined by his wife, Jill, the vice president also said he would not have entered the race just to stop Democratic front-runner Hillary Rodham Clinton.

Advertisement
"I've said from the beginning, `Look, I like Hillary.' Hillary and I get along together," he said.

"The only reason to run is because ... I still think I could do a better job than anybody else."

He used the interview to play down suggestions his announcement not to run, made at the White House on Wednesday with President Barack Obama at his side, included a jab at Clinton.

At the White House event, Biden lamented partisan bickering in Washington politics and said, "I don't think we should look at Republicans as our enemies."

Clinton had made a statement to that effect during the Democratic presidential debate earlier this month.

Biden told 60 Minutes the comment wasn't directed at Hillary, but was a reference to all of Washington.

The 72-year-old also sought in the interview to dispel recurrent rumours that his late son Beau, who died earlier this year at age 46 of brain cancer, had made a last-minute plea to his father to run for president.

Biden said his son believed he should run and could win, but there was no such "Hollywood moment ... Nothing like that ever, ever happened," he said.

The vice president did say he wants to continue to have a voice in party affairs and will speak up whenever he wishes.

He has not endorsed a candidate for the Democratic presidential nomination.