A number of forms asking for a child's birthing parent were distributed as part of a pilot scheme in three hospitals under the previous Government. 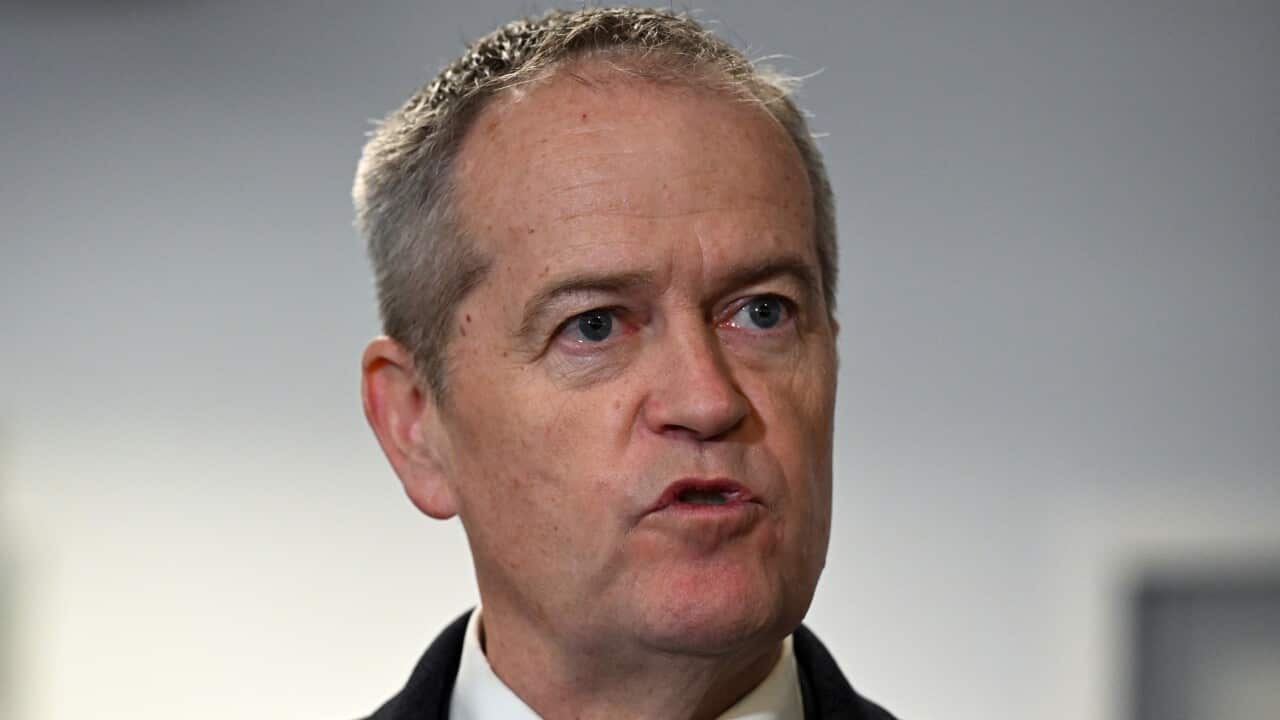 Government Services Minister Bill Shorten said the wording of the medical form used in a pilot would be changed. Source: AAP / MICK TSIKAS/AAPIMAGE

The gender-neutral term “birthing parent” will no longer appear on Medicare forms with the federal government intervening to ensure the term 'mother' is used instead.

A number of forms asking for a child's “birthing parent” when enrolling for Medicare were rolled out as part of a trial program in three hospitals, launched by the previous Coalition government.

But Minister for Government Services Bill Shorten's instruction to ensure the forms use “mother” has been criticised by equality advocates, with one saying “it does not describe the experience of men and non-binary people, who give birth to children too”.
Advertisement

What did Bill Shorten say?

“When I was informed of this situation yesterday, I instructed the responsible officials they should cease using the previous government’s forms,” Mr Shorten tweeted.

“They will be replaced with new forms that use the word mother, not birthing parent, which is consistent with other Medicare forms.”
The decision was made after the Daily Telegraph reported concerns made by Sall Grover - who recently had a child - about the term’s use.

She described the language used on the government form as “exclusionary, alienating and derogatory”.

“The fact it was on this government form saying birthing parent just shocked me,” she told the Today Show on Thursday.

“It doesn’t take a genius to realise that the term birthing parent isn’t inclusive of anyone, particularly women and parents who don’t want to be called birthing parents.

“It is just this dehumanising ridiculous language that we have been expected to accept.”
Ms Grover is also the founder and CEO of Giggle, which is described as a female social networking app.

The app has received some negative reviews for excluding transgender women by using facial recognition technology to determine if new users are male or female.

In an open letter in January last year, Ms Grover addressed the concerns stating that “Giggle is and always will be for females”.

She said the application was aimed at providing a safe space for them and that she has also “frequently” advocated for “trans women and men only spaces”.
READ MORE
'Transphobic' questions and legal challenges: Five things to know about the US abortion rights debate
Professor Fiona Jenkins of the Australian National University's Gender Institute said gender-neutral language such as birthing parent can help include people who would otherwise be excluded.

“People have been making a lot of effort to be more gender inclusive in their language and clearly there are a lot of people in our society who don’t identify with gender binaries,” she told SBS News.

“It’s important to be inclusive of those people even if they are a minority.”

'Inclusion is not erasure'

Services Australia said the term “birthing parent” was being used in a digital consent form provided to parents participating in an administrative pilot called Birth of a Child, and it is not used in existing Medicare forms.

Jackie Turner, Trans Equality Advocate at Equality Australia said not everyone who gives birth can accurately be described as a ‘mother’.

"It is the role of government to ensure services and programs respond to the needs of everyone, including transgender and gender diverse parents."

Transgender Victoria - a body for trans and gender-diverse advocacy - has also described the decision as a step backwards for inclusive language on medical forms.

“Including more people at the table isn't taking away your seat, it's adding seats for others as well. Inclusion is not erasure,” the group said on Twitter.
Professor Jenkins said ideally both terms would be kept.

“The point here is to try and add recognition rather than take it away,” she said. “It’s very hard not to see these interventions as somewhat politically motivated.”

Standard Medicare forms give parents the option to identify themselves as a child's "birth mother" or "biological father."

They also give parents the option to nominate an alternative term of their choosing.
Share
4 min read
Published 21 July 2022 at 3:01pm
Source: SBS News

An Irish politician came to Australia to tell Irish migrants to go home – will they?

Donald Trump ordered to pay $14,000 a day after US judge finds him in contempt of court