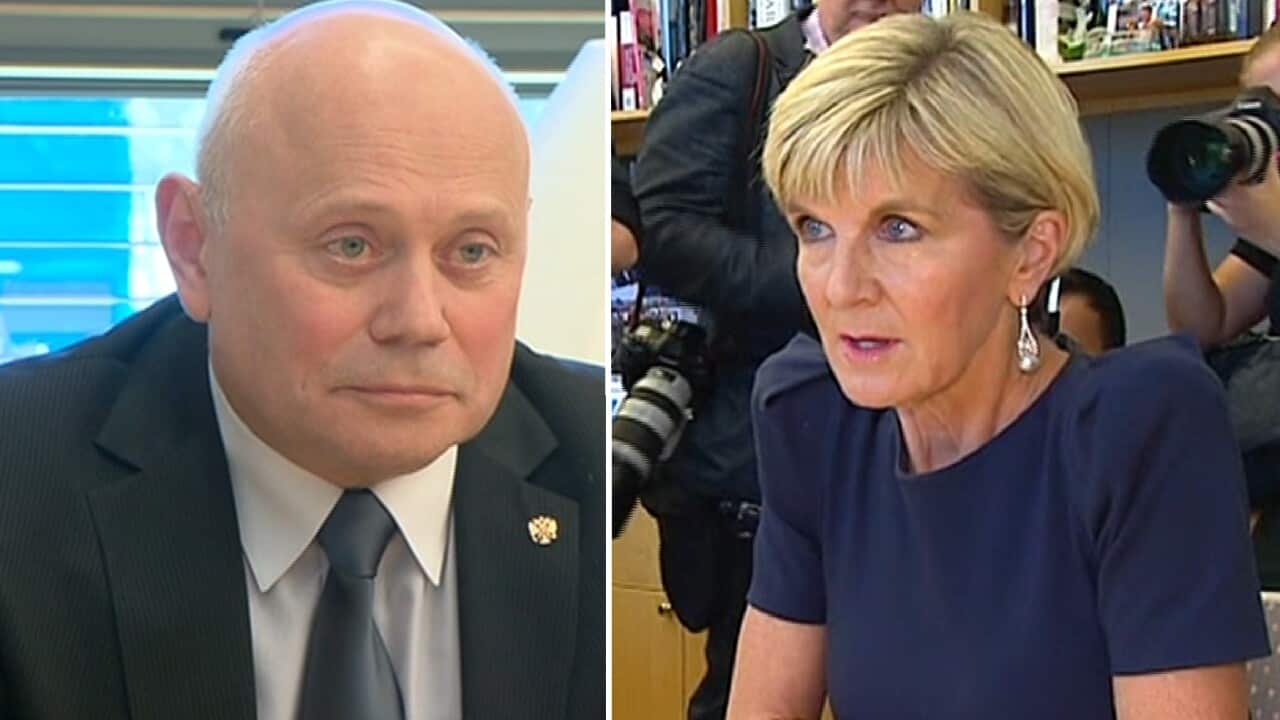 In a meeting in Canberra on Wednesday - which was partly open to the media – Ms Bishop demanded answers from Russian ambassador Grigory Logvinov.

"Mr Ambassador, we seek a credible explanation from Russia as to how its nerve agent could have been deployed in these circumstances," Ms Bishop said.

"In response, as you know, Australia has taken the very serious step of determining that two of your diplomats who we believe are undisclosed intelligence officers are persona non grata – in other words, they must leave Australia.

"We did not take this step lightly, but we share the deep concern, indeed the outrage that a chemical nerve agent could be deployed in any circumstance.


"We also seek answers as to why it is that Russia has not declared its novichok program to the Organisation for the Prohibition of Chemical Weapons, as Russia is legally obliged to do."

Mr Logvinov responded to Ms Bishop by firstly agreeing that "the deployment of weapon-grade nerve gas in Great Britain is a very serious incident in the contemporary world".

But he went on to say that "(Russia) insists on an absolutely proper investigation".

Mr Logvinov had previously said that the UK had provided no evidence Russia was behind the attack on the Skripals.

After these public comments, Ms Bishop and Mr Logvinov continued their meeting behind closed doors.