Julie Bishop says she will not challenge for the leadership. 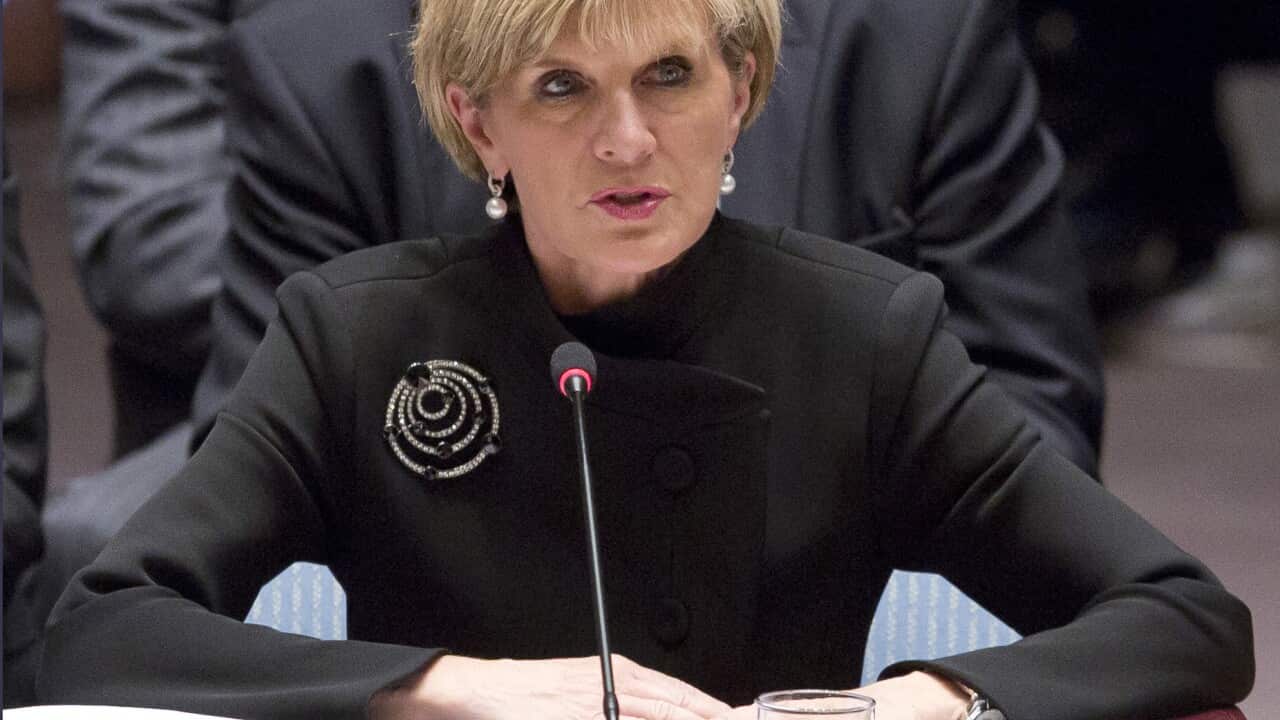 The Deputy Liberal Leader told cabinet colleagues that she is “not campaigning for the job of Prime Minister”.

“I’m not counting numbers,” she said.

“I will not challenge the leader.”

Advertisement
Her comments end days of speculation over whether Ms Bishop would contest the Liberal leadership as Prime Minister Tony Abbott faces continuing criticism in the wake of Prince Philip’s knighthood.

“I have no doubt at all that Julie Bishop is absolutely 100 per cent supportive of the Prime Minister, as we all are,” he said.

Malcolm Turnbull has reportedly given his personal assurance he would not challenge, Industry Minister Ian Macfarlane said.

Mr Abbott faced further questioning over leadership speculation on Tuesday, telling media in Sydney that the lesson of recent political history was that "instability breeds instability".

"If you want to get away from that, you just end it now and my message to the people of Australia is this is `Back to Work Tuesday'," he said.

Asked whether he had sought Ms Bishop's assurance about not challenging, Mr Abbott said: "Julie and I, we're friends, we are part of the leadership team. We support each other. We always have and we always will."