Chinese Australians are paying tribute to the late prime minister Bob Hawke, saying he changed their lives forever after accepting thousands in the wake of the Tiananmen Square massacre. 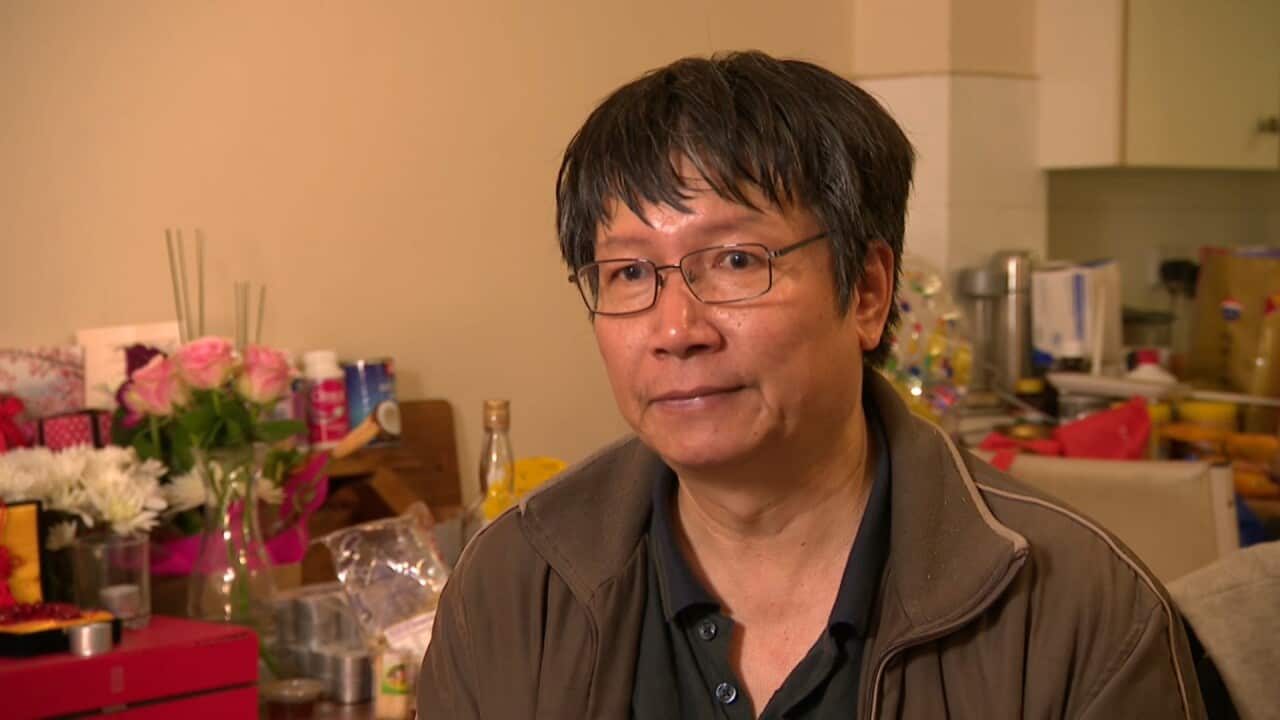 Members of Australia’s Chinese community are mourning the death of former prime minister Bob Hawke, whose decision to grant asylum to students in the aftermath of the Tiananmen Square massacre changed the lives of thousands.

In his famous speech six days after the massacre, Mr Hawke made a tearful tribute to the students in Parliament House, denouncing the atrocities committed against protesters.

"And children and young girls were slaughtered as mercilessly as the many wounded soldiers from other units there," an emotional Mr Hawke told the audience.

"Anti-personnel carriers and tanks then ran backwards and forwards over the bodies of the slain, until they were reduced to pulp."

In the wake of the June 4, 1989 massacre, Mr Hawke announced Chinese students would be allowed to stay in Australia.

More than 40,000 visas were granted to Chinese citizens who now call Australia home.

One of them was James Pan, who worked for a company that suppled CCTV cameras to areas around the square.

Some of his friends and his brother was captured by the government following the protests.

James Pan, in front in the denim jacket, at a rally in Sydney outside the Chinese consulate on the anniversary of the Tiananmen massacre Source: SBS

He was later warned he should not return to Beijing so made the decision to come to Australia – after the decision by Mr Hawke.

Mr Pan said he was deeply saddened by Mr Hawke’s death, because it also reminded him of the horrors of the Tiananmen massacre.

“I feel sad, I felt sad when I heard about his passing.”

Mr Pan is banned from returning to China, but said he would never have left his home town had it not been for the massacre.

“I really miss my home town but I feel more grateful to Australia. Australia gives me safety and freedom.”

“All the Chinese who came to Australia due to the Tiananmen massacre should feel grateful to Australia.

Her parents came to Australia on student visas before the massacre but were able to remain and were later granted citizenship.

“My parents are forever grateful for what Bob Hawke did post-Tiananmen Square massacre,” she said.

“They came to Australia looking for a better life and because of his deep compassion and leadership, it meant they, and I, could stay and call Australia our home.

“We feel extremely lucky to live in a country which has democratic rights and freedoms – something that I think, we never take for granted.”

Evlin says while she was only a toddler at the time of the announcement, she didn’t appreciate the circumstances of her arrival in Australia until much later.

“My parents immigrated to Australia for the most part, because of me, to give me a better life and more opportunity.

“They did so at enormous sacrifice to their own careers and I feel indebted to them and in turn extremely fortunate for the wonderful life I have now and it all started with Mr Hawke’s monumental decision.”

Mr Hawke made the decision to grant Chinese students asylum without consulting his cabinet, in a controversial decision amid concerns about how it would affect the immigration rate.

But the former Labor leader was unapologetic.

“I have a deep love for the Chinese people,” Hawke told The Guardian.

“I had no consultation with anyone and when I walked off the dais [after the announcement], I was told: ‘You cannot do that, prime minister.’ I said to them, ‘I just did. It is done.’ ”

In 2013, Mr Hawke attended a commemorative event marking the granting of citizenship to Chinese students.

Labor frontbencher Anthony Albanese, who also attended the event, said it was clear Mr Hawke was revered by the community.

“They just loved him,” he said on Friday.

“He had made a difference to their lives. They since have enabled their families to come.”

John Hugh from the Australian Values Alliance said members of the community were planning to attend Mr Hawke's memorial event.

He said the late prime minister changed the lives of so many in the community.

"[When] Bob Hawke cried - he cried for the Chinese, as a foreign leader," Mr Hugh told SBS News.

"We (felt) we had been cared for and there were countries that value us."