Amid the growing outbreak in Sydney, Victoria is also set to make the entirety of Greater Sydney and Wollongong "red zones" from 1am on Friday. 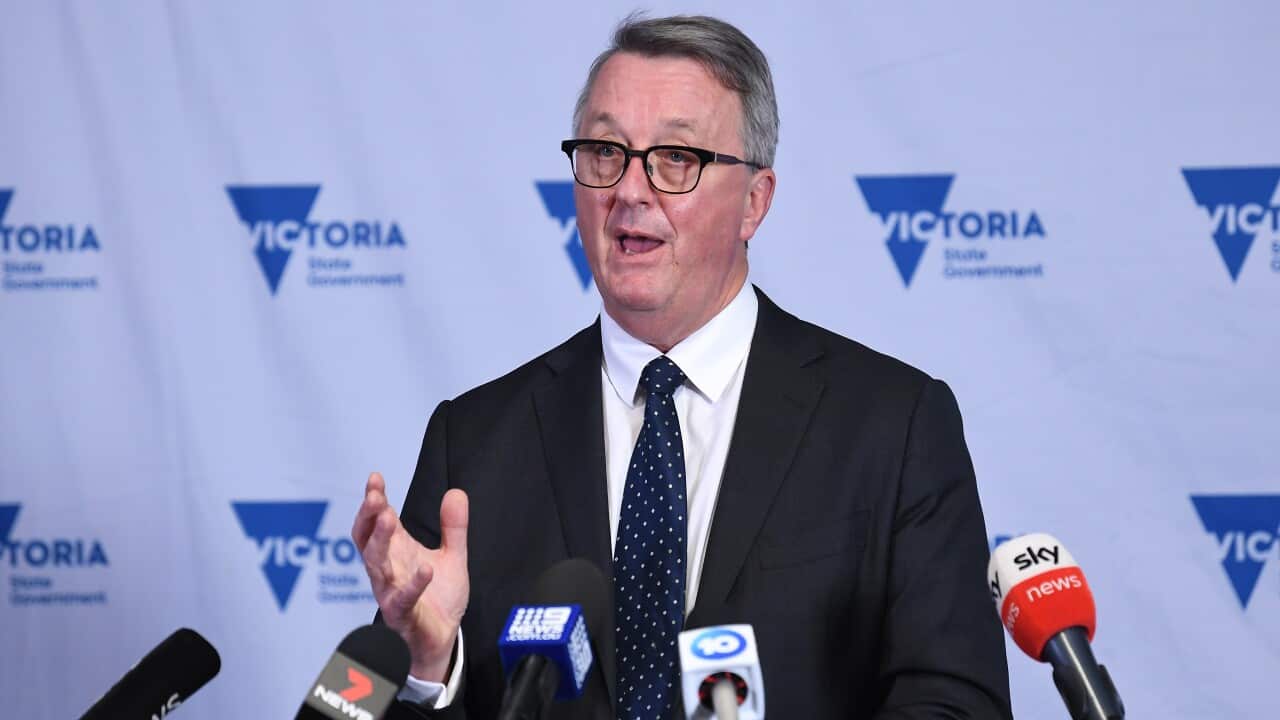 The boss of a Victorian man who tested positive for COVID-19 after flying from Sydney to Melbourne has also become infected, bringing the number of cases in the state linked to the NSW outbreak to two.

The 61-year-old man, who owns Sandringham Dry Cleaners on Bay Road and lives in Burwood East, was the only work contact of his employee, the Department of Health said.

The employee, also aged in his 60s, returned a positive case on Thursday morning after flying from Sydney to Melbourne on Sunday evening.

Advertisement
He attended his daughter's house in West Hoxton, in a green zone of Sydney at the time, for a social event on Saturday night.

He became symptomatic late on Tuesday evening before taking a test on Wednesday.

Health Minister Martin Foley said health authorities were working on the basis the man has the more infectious Delta variant, which is spreading from the so-called Bondi cluster.

In light of
the developing outbreak
, Victoria will make the entirety of Greater Sydney and Wollongong "red zones" under the state's permit system from 1am on Friday.

"Do not fly into a red zone if you are from Victoria and if you are not Victorian and you have been in a red zone that is come into effect, you cannot get a red zone permit to enter Victoria," Mr Foley said.

"If you try to enter Victoria through the airport you can be denied and you will be sent back."

Earlier, acting premier James Merlino confirmed the state would proceed with the planned easing of COVID-19 restrictions despite the first Sydney-linked case.

That came after Victoria confirmed one new case among a primary close contact linked to the outbreak at Southbank's Kings Park complex.

The man had been quarantining throughout his infectious period.

Three new infections were also detected among returned travellers in hotel quarantine. It has pushed the state's active case total up to 52.

More than 22,800 test results were processed in the 24 hours to Thursday and 17,800 Victorians received a vaccine dose at state-run hubs.

It comes as Treasurer Tim Pallas revealed Victoria's economy took a $1.3 billion hit during its most recent lockdown.

Treasury estimates the first week of lockdown, which encompassed all of Victoria, cost $700 million, while the second week in metropolitan Melbourne cost $600 million.

"If you look at the contribution that the state made in terms of allocations, we put in about $500 million worth of support during that two-week period," Mr Pallas said outside state parliament on Thursday.