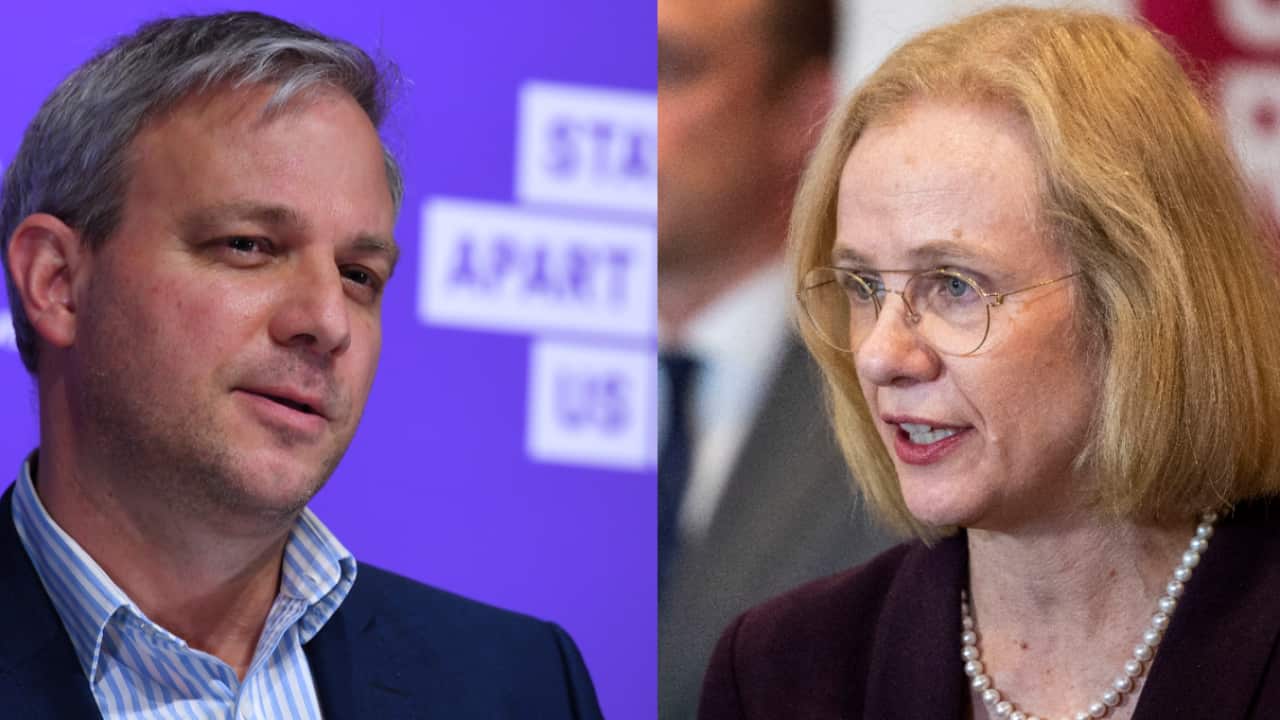 The contrasting treatment of Brett Sutton and Jeannette Young during the pandemic is concerning but not surprising. Source: AAP

Victoria’s top doctor Brett Sutton rapidly became a local cult figure during the coronavirus pandemic, with the hashtag #SexySutton trending at one point on Twitter.

While Dr Sutton was being adored in Victoria, over in Queensland another chief health officer was being abused.

Advertisement
Jeannette Young copped death threats and vicious online trolling while charting Queensland's response to the crisis, with police eventually called in to guard her home.

The differing treatment of Dr Sutton and Dr Young is concerning, but it is not surprising.

Professor Alex Haslam from the University of Queensland said women in leadership roles are subject to significantly more criticism than men.

"Women attract a particular form of attention as leaders, which is generally unwarranted and unfair in the sense that they often find themselves in more challenging situations for which they are held responsible in a way that their male counterparts aren’t," he told SBS News.

"There is evidence that when women are in those positions, often there’s a dimension to that attention which is unfair and unjust and prejudicial. And you see that in the case of the Queensland chief medical officer, absolutely."

Professor Haslam said the treatment of Dr Young was indicative of a broader sexism ingrained in Australian culture.

"Broadly speaking, that’s just indicative of fairly endemic sexism in Australia. You have to be pretty blind to not see that’s a part of the Australian cultural landscape."

'The public is blaming us... that's really painful'

The adulation of Dr Sutton in Victoria is not an isolated example.

New Zealand health boss Ashley Bloomfield has likewise built a loyal following, with tens of thousands of fans signing a petition to make him New Zealander of the year.

Meanwhile, Dr Young recently revealed that police are guarding her home around the clock.

Dr Stone said it was hurtful for doctors to be threatened while they worked long hours under immense pressure to keep the public safe.

“What is different about this, is that we are trying so hard at the moment to protect the public. And the public is blaming us for doing it. And that’s really painful for us.”

Dr Young has put on a brave face when questioned about the abuse and threats she has received.

In a similar case, Victoria's health minister Jenny Mikakos wrote an emotional apology on Twitter after copping intense criticism for her performance during the pandemic.

"Since that fateful day on 25 January, when we had our first-ever case, I've worked every day to keep everyone safe," Ms Mikakos wrote.

"If it wasn't enough, then I'm deeply sorry."

Recent attacks on health officers - both male and female - are a cause for more general concern.

In the United States, a review by KHN and the Associated Press identified at least 49 state and local public health officials have resigned, retired or were fired since April.

In a statement from June, The US National Association of County and City Health officials warned that “compromising the role of public health officials makes our nation less safe.”

“We are losing expertise, experience, and most importantly, leadership, at a time when we need it most," the statement read.

An Emergency Medicine Specialist and medical team take a suspected COVID-19 patient in to the isolation ward in the Red zone of the Emergency Department. Source: Getty Images AsiaPac

Dr Stone pointed to the fact that doctors are used to experiencing violence, but usually it's from an injured person or a family member.

There was a huge contrast between the treatment of medical professionals during the pandemic, and the treatment of firefighters during Australia's bushfire disaster last summer, Dr Stone said.

"Imagine what would happen if people started lashing out at firefighters and saying that 'the bushfires should be happening because it's doing good for the bush and therefore we’re going to try and beat you up so you don’t fight it'."

A spokesperson from the Australian Medical Association said threats of violence towards frontline workers were "disturbing".

"Doctors, nurses, and all front line healthcare workers are putting their personal health and safety, and that of their families and loved ones, at risk to save lives and keep the community safe during this global pandemic," the AMA said in a statement.

"It is disturbing that any healthcare worker would receive threats or abuse for simply doing their job."

Why is this happening to doctors?

Dr Denis Muller, a senior research fellow at the University of Melbourne, said the targeting of doctors was a political problem, spurred on by the spread of fake information online.

"Online platforms that pander to anti-scientific views on issues such as climate change and the pandemic do have some kind of following, quite a sufficiently large following to make them politically important," he told SBS News.

Protesters march through the CBD during an anti-lockdown protest in Melbourne, Sunday, September 13, 2020. Source: AAP

He believes the anti-science rhetoric fuelling the mistreatment of doctors is driven by people who are either scared, or who simply don't want to accept restrictions on their lives.

"It’s part of a wider problem that we’ve seen for a long time now, particularly with respect to climate change, where people will disregard the science where it frightens them," he said.

"It’s because they [doctors] are bringers of bad news, or they are enforcers of, or at least the advisers behind the enforcement of unwelcome rules."

Queensland police have been quick to charge the man who allegedly sent death threats to Dr Young and Ms Palaszcuk, an encouraging sign that authorities won't tolerate the harassment of public figures.

However, University of Sydney Professor Jolynna Sinanan said that online attacks against doctors, and specifically against women, were unlikely to ease up any time soon.

“It’s very promising that the individual has been charged, but it’s very much just one step in reducing the pervasiveness of online misogyny," she said.