A Brisbane restaurant has come under attack on social media for priding itself on celebrating the British Empire's "push into the developing cultures of the world". 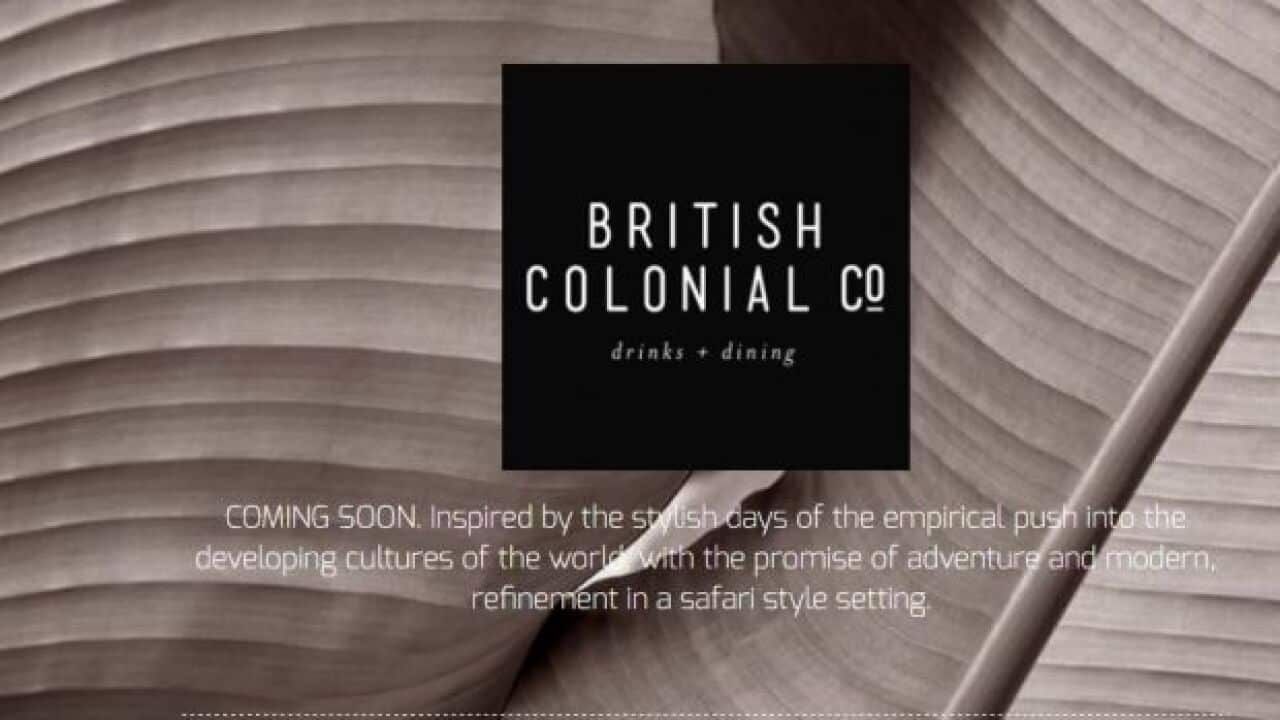 The image on the restaurant's website Source: SBS / , Britishcolonialco.com.au

British Colonial Co, in Brisbane's east, opened on July 1, but has attracted negative feedback on social media in recent days.

The controversy surrounds a promotion on the shop's website, which has since been changed, which said the shop was: "Inspired by the stylish days of the empirical push into the developing cultures of the world, with the promise of adventure and modern, refinement in a safari style setting."

It comes months after a Vietnamese restaurant in Brisbane
changed its name
from Uncle Ho after protests and death threats.

Advertisement
Uncle Ho opened in March and was named after the Communist dictator Ho chi Minh, who ruled North Vietnam and then a unified North and South Vietnam after the end of the Vietnam War in 1975.

Operators of British Colonial Co responded in a statement to SBS, saying the eatery "was founded on the principles of providing Brisbane foodies with relaxed, casual dining".

"We believe that our decor and menu has great synergy with Brisbane’s climate and the expansive palette of our clientele, who are looking for a melting pot of food and beverages to enjoy in a relaxed atmosphere," the statement said.

"We are therefore upset and saddened by today’s media reports that our brand is causing offence and distress to some members of the community. This certainly was not our intention."

Some social media users opted to insult the restaurant, while others poked fun.