Russia has massed tens of thousands of troops on its borders with Ukraine and there are fears of a fresh assault. 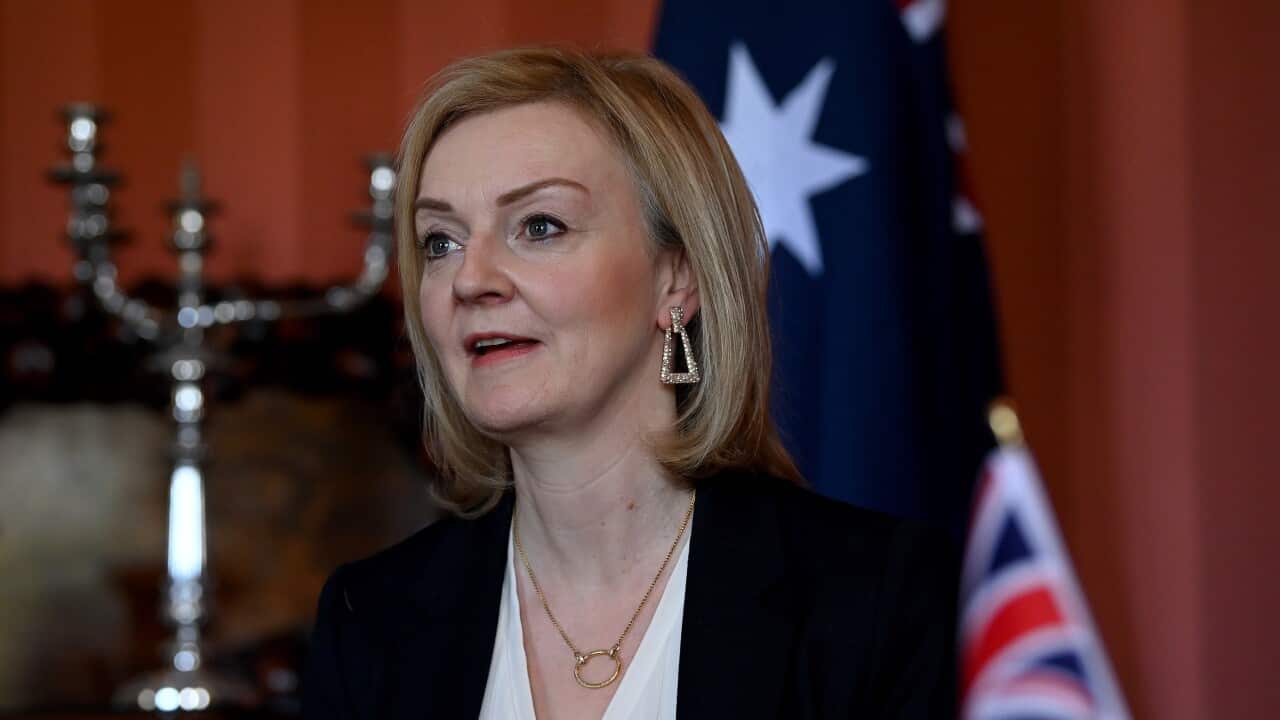 Britain’s Foreign Secretary Liz Truss will use a speech in Australia today to urge Russia to “desist and step back” from Ukraine.

The keynote address to the Lowy Institute in Sydney will mark a significant and direct message to Vladimir Putin from the British Government.

According to a draft of the speech, the foreign secretary will call on Mr Putin to "desist and step back from Ukraine before he makes a massive strategic mistake".

The senior member of Boris Johnson’s government will also make the case that the “Kremlin has not learned the lessons of history” and that “invasion will only lead to a terrible quagmire and loss of life, as we know from the Soviet-Afghan war and conflict in Chechnya”.

“We need everyone to step up. Together with our allies, we will continue to stand with Ukraine and urge Russia to de-escalate and engage in meaningful discussions. What happens in Eastern Europe matters for the world,” she’s expected to say.

Russia has massed tens of thousands of troops on its borders with Ukraine and some governments fear officials in Moscow are planning a new assault on a country Russia invaded in 2014.

Russia denies it is planning an attack but says it could take unspecified military action if a list of demands are not met, including a promise from NATO never to admit Ukraine as a member.

The talks will canvas the ways the closely allied nations will use defence, technology and economic links in the face of security threats from Russia and China.

A Ukrainian soldier walks at the line of separation from pro-Russian rebels near Popasna in the Donetsk region, Ukraine. Source: AAP

In excerpts of the Lowy Speech, Ms Truss also refers to concerns about some aggressive nations being “emboldened in a way we haven’t seen since the Cold War”.

“They seek to export dictatorship as a service around the world. That is why regimes like Belarus, North Korea and Myanmar find their closest allies in Moscow and Beijing.”

She singles out Australia, Israel, Japan and Indonesia among those working against “threats to freedom, democracy and the rule of law”.

“It is time for the free world to stand its ground,” she will tell the Lowy audience.

Australia’s Prime Minister Scott Morrison says the government is mindful of the 1,400 Australians living in Ukraine and is watching events there closely.

“It is obviously a very tense situation and it is one that we'll continue to work with our partners in terms of any response that we are making,” he told reporters yesterday.

“But there have been no requests made of Australia and none are anticipated.”