Boris Johnson has ordered an inquiry into claims by UK minister Nusrat Ghani she was fired because her Muslim faith was making colleagues uncomfortable. 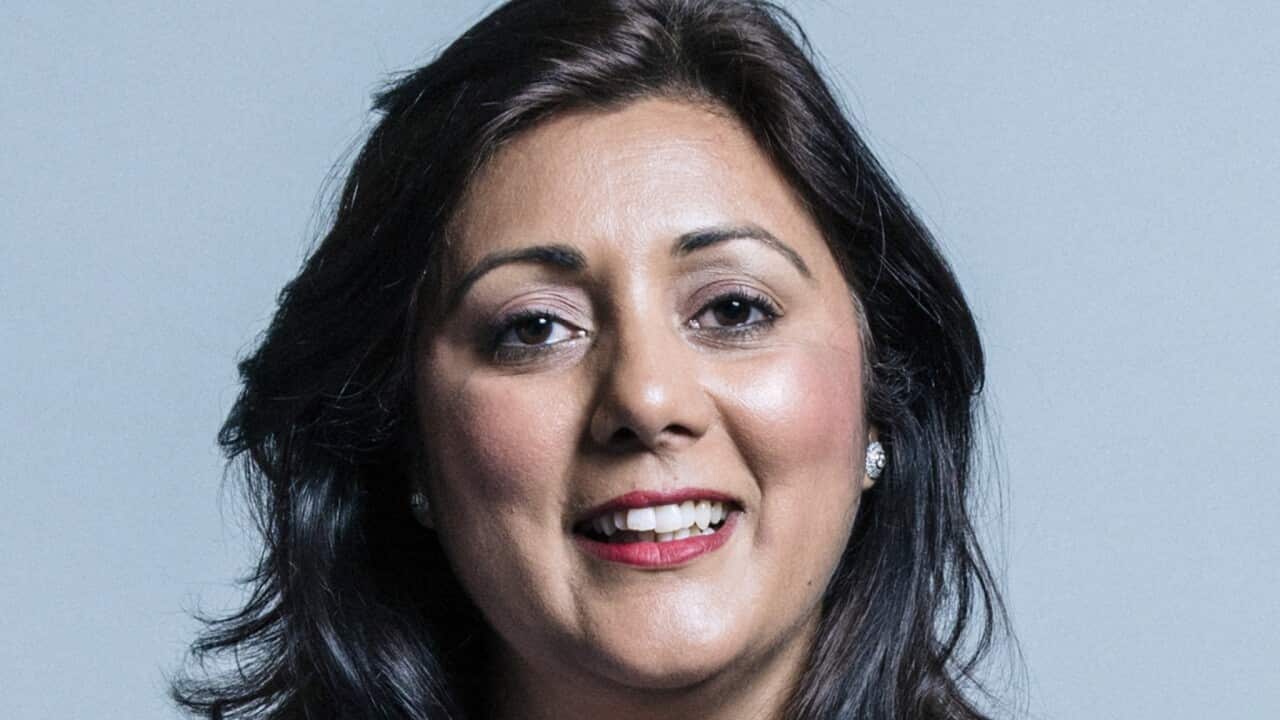 Nusrat Ghani accused a Government whip of telling her that she was sacked from her ministerial post as her Muslim faith was making colleagues uncomfortable. Source: Press Association

British Prime Minister Boris Johnson has ordered an inquiry into claims by a UK minister who said she was fired partly because her Muslim faith was making colleagues uncomfortable.

Nusrat Ghani, 49, who lost her job as a junior transport minister in February 2020, told the Sunday Times that she had been told by a "whip" - an enforcer of parliamentary discipline - that her "Muslimness" had been raised as an issue in her sacking.

"The Prime Minister has asked the Cabinet Office to conduct an inquiry into the allegations made by Nusrat Ghani MP," Downing Street said.

Advertisement
"As he said at the time, the Prime Minister takes these claims very seriously."

The government's chief whip, Mark Spencer, said he was the person at the centre of Ms Ghani's allegations. He said they were completely false and defamatory.

"I have never used those words attributed to me," he said.

Mr Johnson met Ms Ghani to discuss the "extremely serious" claims in July 2020, a spokesperson from the prime minister's office said on Sunday.

Downing Street said that when the allegations were first made, Mr Johnson recommended she make a formal complaint to the Conservative Campaign Headquarters.

"She did not take up this offer," Downing Street said.

The allegation added to the turmoil Mr Johnson's government is facing over parties held at his Downing Street office during COVID-19 lockdowns.

Recent scandals have drained public support from both Mr Johnson personally and his party, presenting him with the most serious crisis of his premiership.

The Conservative Party has previously faced accusations of Islamophobia, and a report in May last year criticised it over how it dealt with complaints of discrimination against Muslims.

The report also led Johnson to issue a qualified apology for any offence caused by his past remarks about Islam, including a newspaper column in which he referred to women wearing burqas as "going around looking like letterboxes".

"This is shocking to read," he said on Twitter.

Mr Johnson, who in 2019 won his party's biggest majority in more than 30 years, is fighting to shore up his authority after the "partygate" scandals, which followed criticism of the government's handling of a corruption row and other missteps.

Senior civil servant Sue Gray is expected to deliver a report into the parties next week, with many Conservative MPs saying they will await her findings before deciding whether they will take action to topple Mr Johnson.